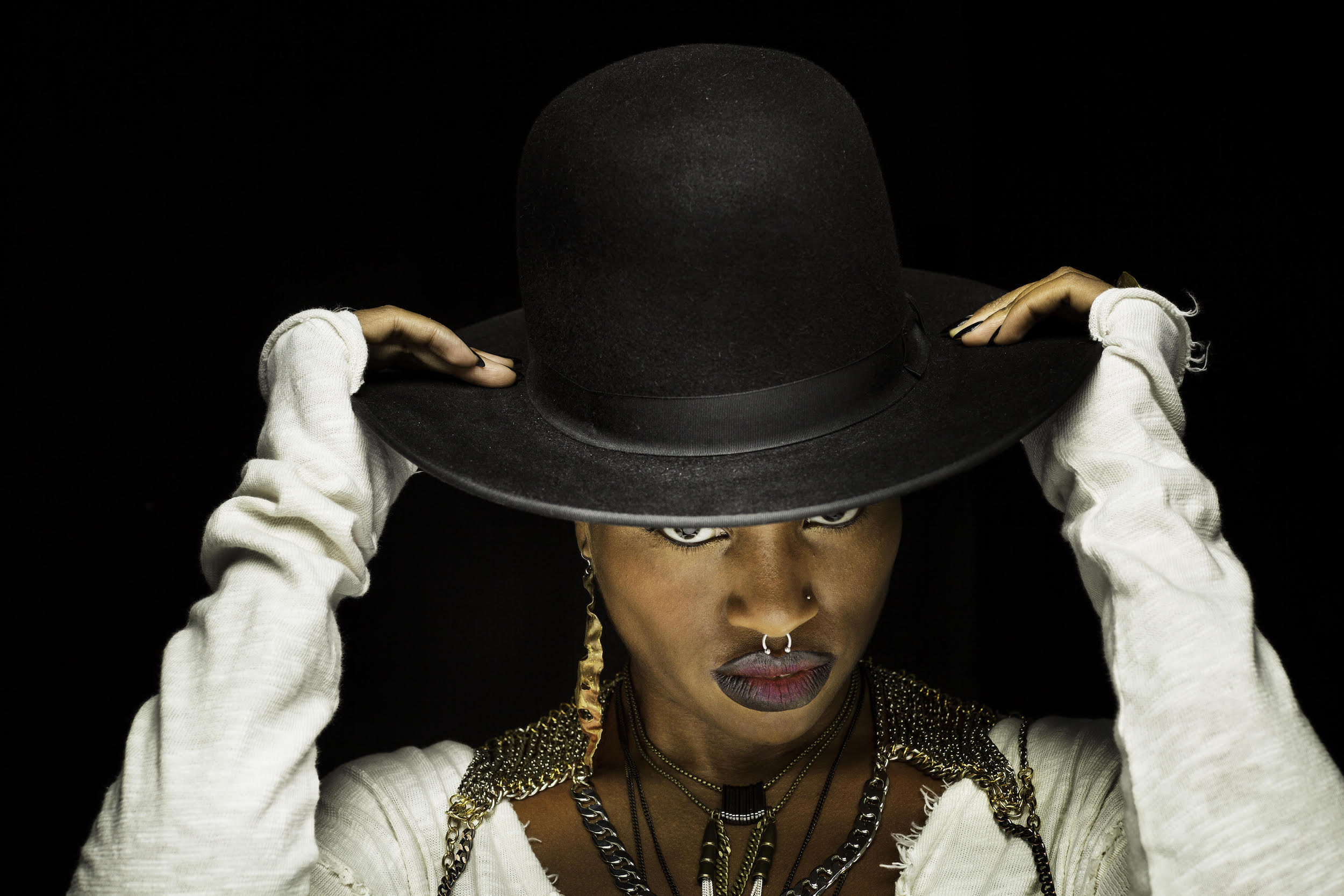 In today’s Getting to Know, we meet SATE a Toronto-based raunch soul rocker that has made at least one Storm Trooper a big fan. If you are an indie artist or in an indie band that would like to partake in a Getting to Know feature, contact editor@riffyou.com to receive the questionnaire and instructions. Thanks!

RY: Who are you and what do you do?
“I’m SATE and I am the lead singing, songwriting, leg spreading warrior of the stage.”

RY: In 20 words or less, how would you describe your band?
“Bluesy raunch & soul meets dirty rock & roll.”

RY: Why should people care about your band?
“Me and the boys that rock with me have great smiles, great songs and we aren’t afraid to sweat.”

RY: What is the most hilarious, frightening, or weird thing you have seen from the stage or while on the road?
“Once a person dressed as a Storm Trooper was dancing up a storm in the audience. And it wasn’t Halloween.”

RY: If you become a band that eventually fills stadiums or arenas, what would be the most ridiculous thing you’d require backstage?
“Perfectly ripe avocados.”

Which band could your band defeat in a street fight? What methods would you use to ensure victory?
“I’m a lover not a fighter. But if I had to fight, I’d use my heavy hands to smack bare asses.”

What is the most pretentious thing you’ve seen or heard from another musician/band? Did you love it or hate it?
“This one band had a lead singer who was doing the ‘reach and grab’ like he was Celine Dion or something. Hated it, it was lame.”

RY: How do you feel about smartphones lighting up concert venues instead of lighters?
“Yeah, the smartphones look cool, but I’m a lighter kind of chick.  I like fire.”

RY: If you had to be a tribute act for just one band, who would it be and why?
“Funkadelic, cause they rock the funk and soul like no other.  I know that everyone would want shit like “Atomic Dog” and “Flashlight,” but I’d be doing the seventies shit like “Free Your Mind And Your Ass Will Follow,” the crazy psychedelic funk rock stuff.”

RY: Is it better to burnout than to fade away?
“Burnout.  Explode like a star, like the star is my lasting impression on the world and the memory of the explosion is retained in the beauty of the star’s existence.”