Warning: A non-numeric value encountered in /home/riffyo5/public_html/wp-content/plugins/color-scheme-every-theme/classes/Options.class.php on line 108
 Reunion of the Year: Veruca Salt Come Back Swinging - Riffyou.com

Reunion of the Year: Veruca Salt Come Back Swinging 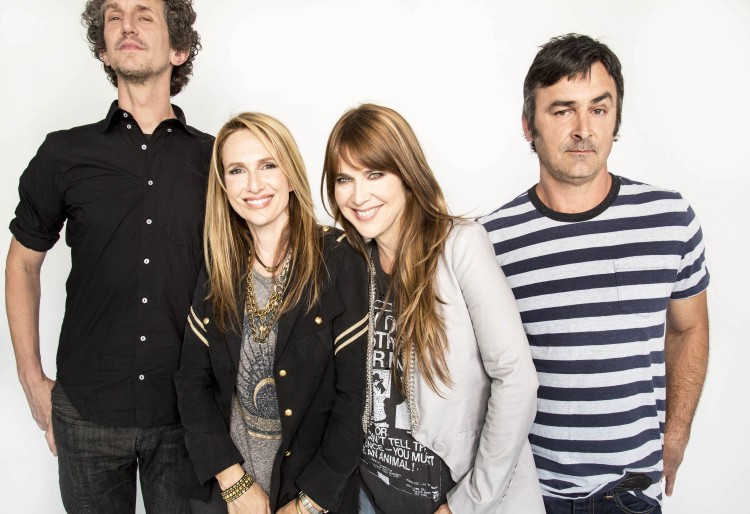 The mistake many reunited bands make is attempting to rely on past glories and past glories alone. Some even (gasp!) re-record ancient material and hope to turn a buck on some ‘reimagined’ hits package – that’s just gross.

Veruca Salt didn’t just avoid this trap, the quartet instead gave us Ghost Notes, a killer album that took some 18 years to get to. In 1997, it was “Volcano Girls.” In 2015, it was “Laughing in the Sugar Bowl.” There’s such a big gap between the two, yet listening to the latter made me think that not more than a decade and a half had passed.

What drove the wave of excitement around Veruca Salt’s return was the expectation that it would never happen. Yes, you can say that about any dissolved band nowadays and probably be wrong, but considering how dramatically the original incarnation of the band imploded, people really didn’t see this reunion come around.

While all the elements of said implosion have not been made public, what’s known is that the power-vocal duo of Nina Gordon and Louise Gordon had a massive fall out. And, we aren’t just talking about ‘creative differences’ here. Whatever it was, it was deeply personal.

“Things may have had to unravel the way they did, but I don’t think it had to take as long as it took for us to find our way back to each other,” said Gordon with regret when speaking with Riffyou.com this year regarding what happened between Post and she. “We could’ve just duked it out [years ago] and gotten it out of our systems a lot faster, but as it happens, we had to duke it out through our solo records and we did that. There is some regret about waiting so long [to get back together.] But, there’s no point dwelling on that because here we are now. In some sense, I do think it did have to happen, the way it happened. We had to grow up.”

What initially brought Gordon and Post back into each other’s lives was motherhood. When this happened for both, they would email back and forth about their kids. In 2013, an emotional coffee date would pave the way toward a full-fledged personal and musical reunion. To totally get the reunion right, Jim Shapiro and Steve Lack re-entered Veruca Salt.

As warm and fuzzy as this is, it would mean nothing to many if Ghost Notes sucked. And guess what? It’s a smoldering album from a band that had nothing to lose, but chose to have high expectations and put out a body of work that could sit beside those aforementioned past glories. The ’90s rock crunch is there but not forced, while the songs as a whole feel modern enough to hold up against those of contemporaries. That and the voices of Gordon and Post still sound miraculous together.

Apart from the sounds, digging into the lyrical workings of Ghost Notes is where you can begin to understand where Veruca Salt went wrong and how Veruca Salt was able to give us the best true rock reunion in ages.

“I hate to use the ‘concept album’ phrase because it’s so over-used, but this album really does tell a cohesive story,” Gordon told Riffyou.com. “Lyrically, it’s all about the band getting together in the first place, the band breaking up, what happened during the break up and about the reunion. I do think the songs have a universality, because what’s underneath them are broad issues like regret, pain, joy…so people can relate whether or not they care about what the story behind Veruca Salt really was.”

Added Post: “The lyrics really tell our story. It was quite a catharsis for us to be able to write about it. We’ve turned it over and looked at all angles of our breakup and examined it to try and understand what happened – to be able to come to terms with it and put it behind us. We really looked at it under a microscope and moved beyond it.”

Previous: CBGB Goes from Rock Club to Airport Eatery
Next: Band of the Year: Eagles of Death Metal