Quintessential metal kings, Slayer, have confirmed that its new album, Repentless, will be 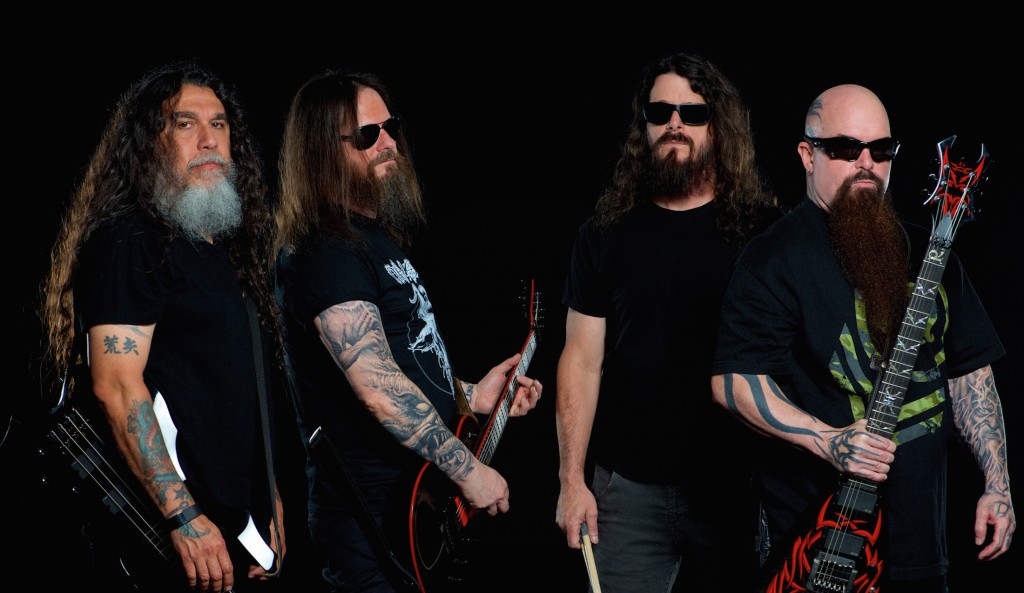 released on September 11 through the band’s own yet-to-be-named label.

This will serve as the first Slayer album since 2009’s World Painted Blood and the first since the passing of guitarist Jeff Hanneman.

“There’s a couple of songs that are going to be on it that the fans might know,” said guitarist Kerry King in a recent interview with Metal Hammer. “‘Atrocity Vendor’ was released in the States on the B-side of some single [a limited vinyl edition of World Painted Blood], so now it’s ‘Atrocity Vendor 2015’. It’s completely re-recorded. It’s got new leads, new vocals, Paul playing drums … it’s pretty cool. There’s a brand new version of ‘Implode’ on there. The version of ‘When The Stillness Comes’ is brand new compared to the single [that came] out [on Record Store Day].”

He continued: “The first song is called ‘Repentless’ and that one’s pretty much… I call it the Hannemanthem! I wrote that for Jeff [Hanneman]. Oh, dude, it’s fast as fuck. You don’t know what the fuck’s coming! A song called ‘Vices’ is on there somewhere. It’s super heavy. It’ll pummel you in the face. ‘Take Control”s another fast one. ‘Cast The First Stone”s another heavy one.”

Previous: This is How U2 Decides its Set List
Next: Stream Full “American Spring” Album from Anti-Flag