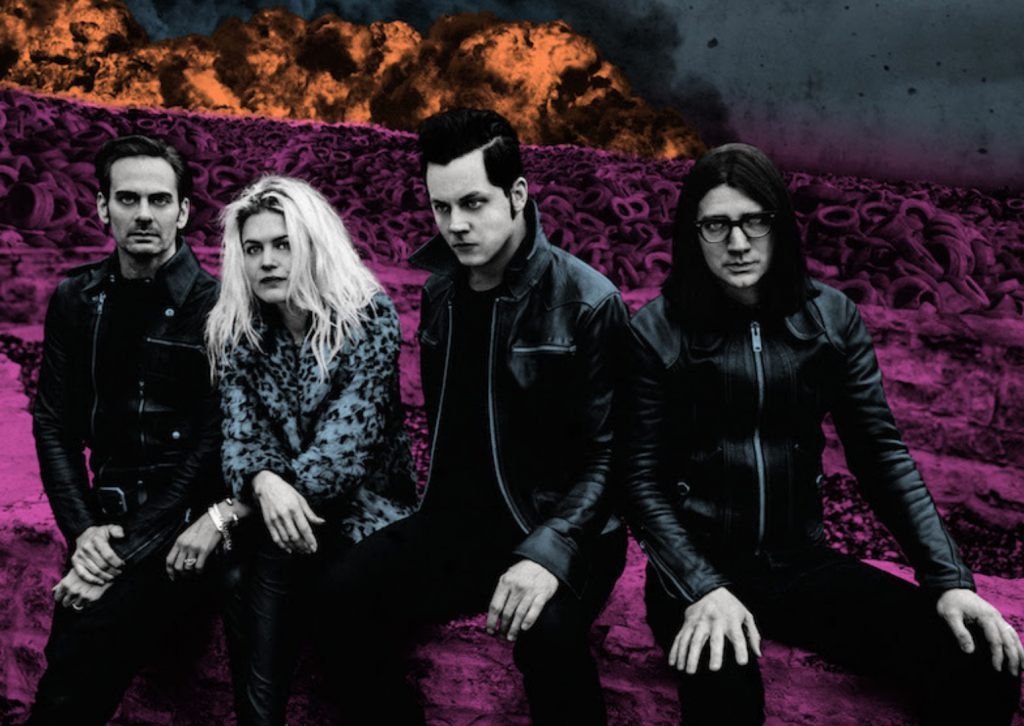 the band’s first album in five years, Dodge & Burn, will be released on September 25 through White’s Third Man Records.

The 12-song album will include  “Open Up (That’s Enough)”, “Rough Detective”, “Buzzkill(er)” and “It’s Just Too Bad,” all of which were previously released as singles, but have been remixed and remastered for Dodge & Burn.”

When this album was initially announced in July, it was stated that The Dead Weather would not be touring in support of it, partially because “Thankfully the thick and heavy Dodge & Burn will satisfy your urges for the dark magic that is The Dead Weather for a very long time.”

A special edition of Dodge & Burn was recently made available to members of the Third Man Record Vault subscription club. The bundle comes with the “inclement weather” 12″ vinyl edition of the album with alternative artwork, as well as the “I Feel Love (Every Million Miles)” b/w “Cop and Go” 7″, and The Dead Weather playing cards.