Warning: A non-numeric value encountered in /home/riffyo5/public_html/wp-content/plugins/color-scheme-every-theme/classes/Options.class.php on line 108
 Against Me! Giving Us a New Album in September: "Shape Shift with Me" - Riffyou.com

Against Me! Giving Us a New Album in September: “Shape Shift with Me” 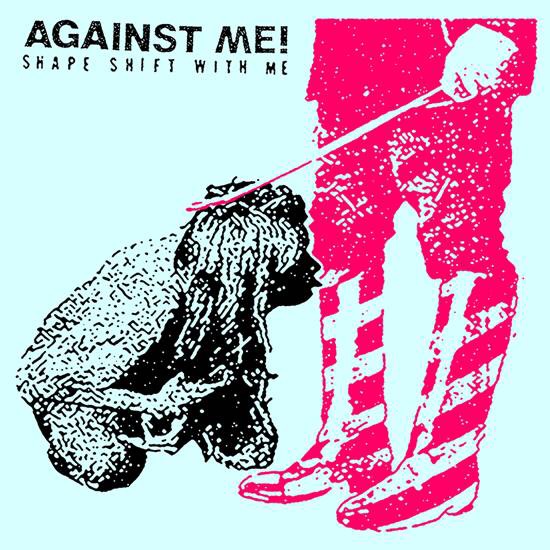 We’ve known this was coming for a while, but today it’s been confirmed that Against Me! will release a new studio album in 2016. On September 16, the band will drop Shape Shift with Me, an offering being described as ‘a loose concept album about traveling the world and falling in and out of love, with [vocalist, Laura Jane] Grace serving as the narrator.’

“Tons  of people have written about love. But while love is cliché, it’s infinitely relevant,” commented Grace. “For me, having always been in a punk band that was expected to be political, I never felt like I had that option to write about feelings in that way. That’s what I ended up being drawn to this time. It’s writing in a way I thought I could never write before, and not giving a shit about expectations.”

She added: “Is there a record that is about relationships from a trans perspective?” she asks rhetorically. “There needs to be more records about trans rights and everything like that, but feeling like I already did that, I wanted to move on to write commentary on living from a trans perspective. I wanted to write the transgender response to the Rolling Stones’ Exile On Main St., Liz Phair’s Exile In Guyville and the Streets’ A Grand Don’t Come For Free. All those records are relationship records. There’s been an infinite amount of records talking about what love means from a cisgender perspective. I wanted to present the trans perspective on sex, love and heartbreak.”

Shape Shift with Me is currently available for pre-order now through iTunes and its first single, “333,” can be streamed right here:

Shape Shift With Me track listing:

Previous: About a Song: Billy Talent Talk “Afraid of Heights”
Next: Arkells Hitting the Road, Jack, for the “Morning Report” Tour