Warning: A non-numeric value encountered in /home/riffyo5/public_html/wp-content/plugins/color-scheme-every-theme/classes/Options.class.php on line 108
 Why Justin Bieber Wearing a Kurt Cobain Shirt Might Not be So Terrible - Riffyou.com 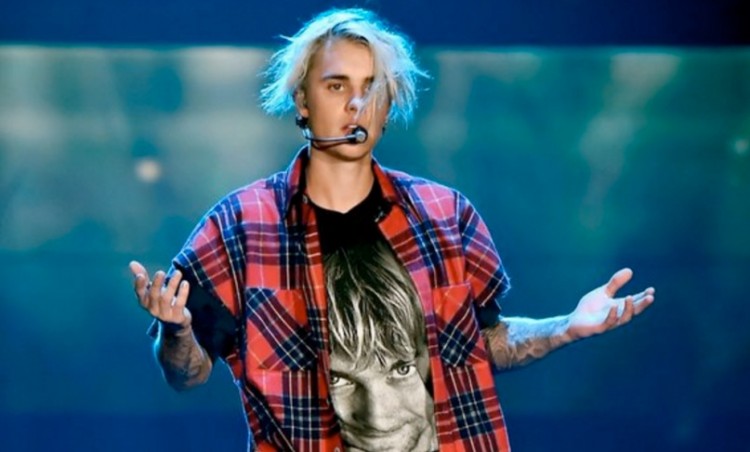 Last week during a performance in Seattle, pop star Justin Bieber took the stage with a very obvious Kurt Cobain t-shirt, lots of flannel, ripped jeans and even a blonde hairdo that could be seen as a nod to the late Nirvana leader. Of course, this has pissed a lot of people off.

And rock fans should be pissed off? Right? Yeah, maybe, but I don’t know. Sure, he’s Justin Bieber, a calculated pop star whose music makes young girls squeal and people like you and I turn up our noses as if we just encountered a bag of burning dog poop on the front porch.

But beneath all of that, is it possible that Bieber can listen to Nevermind and feel just as disenfranchised as those who helped propel it to classic album status? Well, anything’s possible. Fame recently drove Bieber off the rails. He, unlike Cobain, managed to live through that. Right there, however, you can see one of Bieber’s biggest connections to Cobain: being a global music icon that’s popularity has been attached to some very dark stuff. As a result, maybe Cobain’s music/legacy equally serves as a touchstone and warning bell for the Biebs – only he knows.

Alright, back to the issue at hand: Bieber trying to look like Cobain during a show in Seattle. Close your eyes, take a breath and think about this for a second: Bieber has the power to convert annoying tween pop fans into those who scare their parents by screaming along to the chorus of “Lithium.” I know how this sounds, but please, don’t get mad. Just hear me out.

I don’t like Bieber. What he does musically, stylisticly and verbally goes against anything I ever want to have take up any part of my life. He’s the male Britney, right?

However, by Bieber wearing a Cobain shirt (he also wore a Nirvana shirt to the Grammys) he is pushing this conversation. He is pushing us rockers into bitching and moaning loudly about how sacrilege it is for him to simply look like he might have respect for Cobain and Nirvana’s work. There’s no need for us to be offended. We are already sold on Nirvana. But, younger generations discovering older music, like Nirvana’s, is how the band will continually be heard in the coming decades.

Sure, it’s okay to hate the messenger, but if Bieber’s actions and the subsequent backlash leads to a random tween in Virginia, Florida, or Maine downloading In Utero to understand what all this Nirvana fuss is about, isn’t that a victory for the music? Who cares if Bieber becomes the catalyst? The important thing is the opportunity he is giving his audiences to check out something that may be of interest to him. Fans like his will flock to whatever he promotes, whether its calculated (very likely!) or inadvertent (less likely!)

And in case you’re asking what Cobain would think about this? Stop it. That’s irrelevant. The important thing is that Bieber, as much as I want to always despise him, has won points from me (just a couple!) for potentially spinning some of his Beliebers into Nirvana-ers.

All that said, this perspective should never be used to defend any Kardashian that may one day attempt to co-op the Nirvana look. That family is pure evil.

Previous: Ottawa Music Shop Clashes with Record Store Day
Next: Millions of Dollars in Punk Memorabilia to be Burned in London