I liked it, there, I said it. I like the new Linkin Park record. I was a fan of the band back in the Hybrid Theory days and like a lot 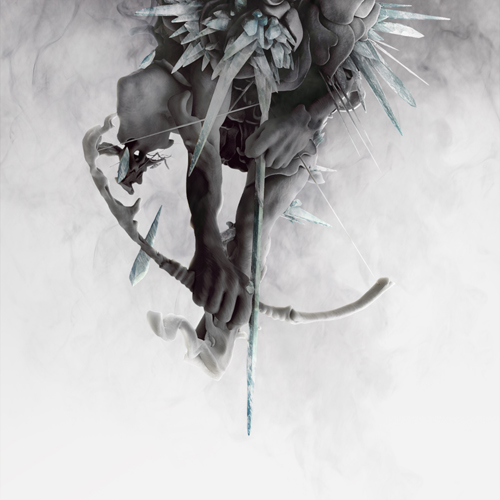 of people I know, just sort of fell out of love with the band more with each record they released. I will have to admit that Meteora has my favourite Linkin Park song, “Faint,” but everything after that was just lost on me.

The Hunting Party was a surprise, as I knew very little of it going into my first listen (I was barely even aware they had a new record).

In all, this record is very guitar driven, which is not something I had at all expected. From the first, surprising listen, I decided to do some research. I quickly discovered that it was produced by Mike Shinoda (vocals) and Brad Delson (guitar) of the band. The latter was a nice surprise to find, as you can really feel Delson’s influence all over the record. The songs feel based around guitar riffs, not samples, like the previous albums did.

Digging a little deeper, I discovered statements and quotes from the band saying they intentionally had tried to go back to their roots, towards more of a Hybrid Theory sound. What’s more, they wrote a lot of this record while Chester Bennington (vocals) was on tour with Stone Temple Pilots. If that means anything, only the band will know.

As for the title for this record (The Hunting Party), it’s described by the band as a metaphor, with Linkin Park being the hunting party looking to bring back the energy and soul of rock. I think this is kind of lame. I liked the title, but I did not need this explanation. I can think of lots of bands who have never lost the soul and energy of rock. Maybe Linkin Park did, and they needed to find it for themselves, internally. We didn’t need this explained to us.

This record features a few guest appearances, including Darion Malakian and Tom Morello (System of a Down and Rage Against the Machine, respectively). The inclusion of these guests kind of break up the monotony I found on the record. All the songs kind of feel the same, and then there is this flash of outside influence inside the music. “Rebellion,” which features Malakian, is probably my favourite song on the record.

Over all, I recommend this record…if you are or were ever a fan of LP, you may find some nostalgia in it, like I did. It is a well-written, well-thought out record that boasts star power. It houses the trademark Chester B vocals, which lots of LP fans have come to love. In all, I found it a little slow, but there are stand out tracks. (“Wasteland,” “Rebellion,” “Drawbar,” the “Final Masquerade”).