Getting to Know: Roots-Rock Weirdos, The Fuzz Kings

In today’s Getting to Know, we meet Edmonton’s The Fuzz Kings, a band that for one real important reason compares themselves to thrash metal icons, Anthrax. If you are in an up and coming band that would like to partake in a Getting to Know feature, contact [email protected] to receive the questionnaire and instructions. Thanks! 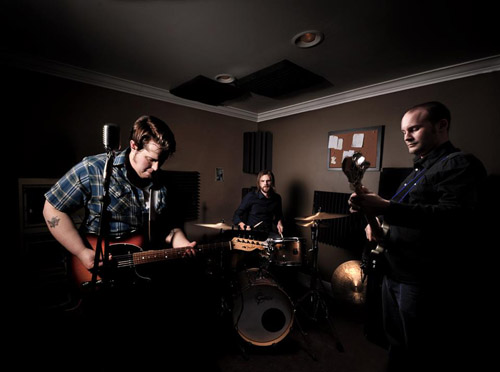 Who are you and what do you do?
“We are The Fuzz Kings, a quartet of roots-rock weirdos from Edmonton, AB. We play dynamic and energetic shows, put out records, and go on tour. All of our music is original compositions.”

In 100 words or less, tell us how your band has gotten to this point.
“We started out as a trio in spring of 2012 playing quirky ‘oldies-style’ music and gradually evolved into a high-energy indie quartet over the course of our first year. We released our first vinyl-only 12” EP in spring of 2013, which garnered the attention of the media and vinyl enthusiasts, as well as roots music and rock n’ roll aficionados. That release got us onto stages opening for the likes of The Mad Bomber Society, The Creepshow, Corb Lund and The Hurtin’ Albertans, Jr. Gone Wild, and many more. We’ve played over 60 sets in venues all over Western Canada.”

What is your latest release and how would you best describe it to someone who hasn’t heard your band?
“Our most recent album is our ReTurn Of The Century CD. It’s somewhere between Social Distortion and early Elvis Costello & The Attractions.”

When making an album, which aspect of the process do you put the most time into and why?
“Song writing and pre-production are vital, so they take the most time. Once the songs are solid and tight, we tend to record them pretty quickly. If the foundation is shaky, the structure you’re building on it will not last.”

What is the best part about your band and why?
“We genuinely enjoy being together and travelling together. We’re all passionate about our instruments and we have a lot of fun… and we believe that translates to our live show. The fun spreads around.”

What makes your band unique from the rest?
“There is no pre-conceived notion about what we are. We’re a band, plain and simple. We play fun music really well and don’t hang ourselves up on genre classification or fitting into a mould because we genuinely don’t classify that easily. We have country songs, but we’re not a country band. We have surf songs, but we’re not a surf band. We just put ourselves under the umbrella of ‘indie rock n’ roll,’ because music consumers need something to subscribe to.”

How does your band survive the challenges of touring/gigging?
“Ultimately, we’re pros. We’ve all been doing this for more than half of our lives so we just know how to cope. Thankfully, our tours have been successful and our biggest challenges have been finding enough time to tour. We’d all like to be touring more, but the limitations of ‘real life’ can slow that down.”

Would you rather be critically-acclaimed; rich and famous; or an under-the-radar band with a dedicated fan base?
“Let’s go with critically-acclaimed. I’m not sure I have the skill set to deal with paparazzi and the level of scrutiny that monstrously huge entertainers have to cope with. Often times at that level, you don’t have as much control as a smaller 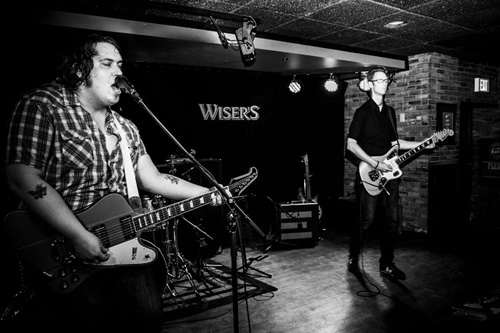 band might…but I’m not sure under the radar is ideal either. We practice very hard to be at the skill level we’re at, and the recognition that comes with that would be nice.”

If you’d have to compare your band to another one out there, living or dead, who would it be and why?
“I’d say Anthrax. We’re nothing like them stylistically, but they’ve always been a band that didn’t play by the rules of their genre. As a result of that, they’ll never be #1, but they’re very good at what they do and they do things on their own terms.”

Which band/musician would you like to share many drinks with? What would you talk about?
“Tom Waits. Every interview, every album, and every appearance he does is awesome…and he’s always been WAY more influential than he has been famous.”