At his Alchemy Studios in Murrieta, CA, musician, producer, and songwriter Arnold Lanni is continuing to help bring young bands toward a level of greatness. For a man who can be credited with laying the 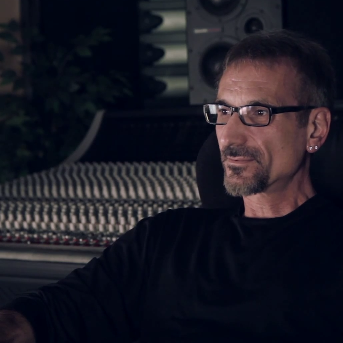 foundation for the early successful years of Our Lady Peace, Finger Eleven, and Simple Plan, this isn’t a new path, as much as it is a lifestyle.

When Lanni spoke with Riffyou.com last week regarding the 20th anniversary of seminal Our Lady Peace album Naveed, it became abundantly clear that he isn’t a man that takes music lightly. There’s a passion in his voice; a knowledge in his words; and a conviction in opinions that could make certain musicians squirm. Yet, there’s a generosity and genuine nature to him that allows his theories to translate properly.

Having founded Alchemy Music Company about a decade ago, Lanni spends much of his time in the U.S. within a 4,000 square-foot studio that, as he admits, doesn’t feature any gold records, awards, or anything to do with his accomplishments. Instead, there are plenty of instruments, games, couches, and ping pong tables.

“I wanted a place where musicians could come in from out of town and just feel creative. I don’t want it to be about me,” he says of the facility. “When you come to my studio, I want it to be about you and your music. It doesn’t matter what I’ve done. What is important is what you have done; what you are going to do; and how can I help you get there?”

Lanni could brag easily if he wanted to. Aside from Naveed’s success, Lanni helped Our Lady Piece (through co-writes and production work) sell more than a million copies of 1997’s Clumsy (in Canada alone), thus landing him a Diamond record certification, something that doesn’t happen too often in the Great White North. He also penned “When I’m With You,” a song that went to the top of the Billboard chart four years after his band Sheriff had recorded it. The band was dead, but somehow the song took on a life of its own without any label or managerial push.

Needless to say, Lanni knows a thing or two about song writing. He also knows how fortunate it is to be one of those few that are provided with great song ideas from “the creator” above, and recognize that that is just the beginning of the process. From there, one must get crafty, nurture the idea, and work towards developing said idea into a song that resonates with others.

“The greatest artists are the ones who sing integral songs; they resonate with the audience; and [their 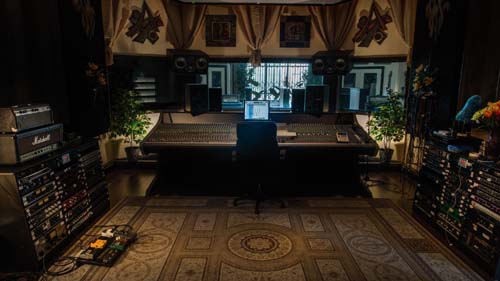 music] is delivered in a way that’s iconic,” believes Lanni. “I think a great song has to just resonate with the listener. It could be something as benign as ‘oh, I like that one word he says, or I like the way he does this guitar part.’

“Not to sound overly graphic, but really, the association with music and the listener, is not unlike having sex with your partner,” he continues. “There are no rules. As long as nobody is getting hurt, and no one’s forcing anyone to do anything, if two people are getting off, hey, all the power to you!”

The trouble Lanni finds nowadays regarding today’s music scene, however, is the freedom in which some individuals have when it comes to making and releasing music. When touching on the subject, Lanni refers back to the old school days of the music business where gatekeepers were in place to ensure that an artist was best representing himself when attempting to put music out into the world. A&R types and fellows with walls filled with gold records were introduced to artists, by labels, to help maintain quality control.

“Nowadays, there are people who have no business making records. What that does is clutter things up,” notes Lanni. “There are so many talented kids that are talented, but they never get the chance to be heard because there are a bazillion records out there.

He later asks: “How can you build a career when people are seeing the worst of you?”

This partially exists due to an individual’s increasing ability to pour money into his own gear and record from home, believes Lanni. This may limit studio costs and help someone who fears the opinion of an outsider (i.e. a producer) looking in, but Lanni doesn’t buy into this strategy.

“I understand why musicians feel like they can’t go to a big studio,” he explains. “But in music, just because you can [record yourself], doesn’t mean you should. There’s a misnomer out there…just because you have recording equipment, doesn’t mean that you should be recording something. That would be the equivalent of me going home and fixing my leaky faucet…would I then call myself a plumber?

“But with music today, it seems like, ‘hey, I have a little digi-system, I’m a producer. Come over to my house and we’ll make a record.’ Any trained monkey can record music…I don’t think that’s any great feat. Any knucklehead can produce a record. Now, try to write one or record one that resonates with people – that’s a different story.”

These may be harsh words from Lanni, but don’t get him confused with a relic that hates the modern 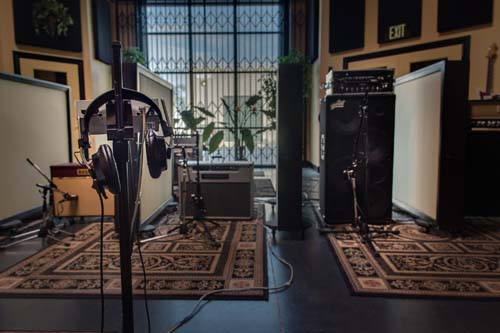 age. He is still a supporter of up and coming talent, but fears that the lack of certain red tape can only harm the music community. He conveys that expertise is still out there and should be taken advantage of.

He continues to enjoy working with younger artists. When he joins forces with them, he wants to know about their favourite albums; what their motivations are (good or bad); and develop a level of trust. In spades, honesty and self-awareness are also of the utmost importance.

Relays Lanni: “When I’m working with young people and they play me something, I’ll say ‘that’s a really great song,’ or ‘this one here, not so good.’ They’ll ask why, and I’ll tell them what I’m hearing. Then there’s a fifty-fifty chance that the artist believes me, or doesn’t believe me.

“If you’re a young person, you don’t know what you don’t know,” he elaborates. “If you can understand that, then you just might make the right decisions. I also try to encourage people, universally, to be who you are. That seems like a simple thing, but it’s amazing how difficult it is. When you’re young, your inclination is to sound like your heroes. What I try to make young musicians sound like who they think they are, by stripping away what they think they should sound like.”

To win the CRIA Certified Platinum Award for Naveed, tell Alchemy Music Company which song from that album is your favourite, and what significance that song has to you, by tagging us on Facebook (Facebook.com/alchemymusiccompany), Twitter (@alchemymusicco) or Instagram (@alchemymusicco) Please use the hashtag #Naveedturns20. We can be tagged in a status, picture, video or anything else you would like. We’ll also be giving away some Naveed CDs.