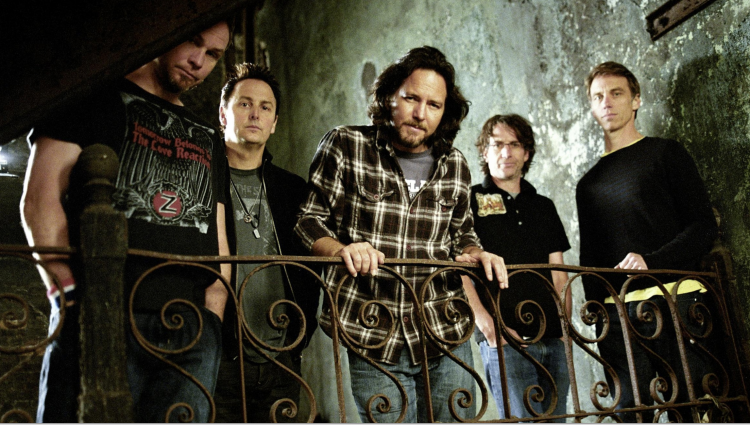 Pearl Jam has become the latest high profile band to cancel a concert in North Carolina as the state government chooses to discriminate against the transgender and LBGT members of its community.

Those who have tickets for Pearl Jam’s April 20 concert in Raleigh, North Carolina can get their money back at point of purchase.

“It is with deep consideration and much regret that we must cancel the Raleigh show in North Carolina on April 20th.

“This will be upsetting to those who have tickets and you can be assured that we are equally frustrated by the situation.

“The HB2 law that was recently passed is a despicable piece of legislation that encourages discrimination against an entire group of American citizens. The practical implications are expansive and its negative impact upon basic human rights is profound. We want America to be a place where no one can be turned away from a business because of who they love or fired from their job for who they are.

“It is for this reason that we must take a stand against prejudice, along with other artists and businesses, and join those in North Carolina who are working to oppose HB2 and repair what is currently unacceptable.

“We have communicated with local groups and will be providing them with funds to help facilitate progress on this issue.
“In the meantime we will be watching with hope and waiting in line for a time when we can return.
“Perhaps even celebrate.

With immense gratitude for your understanding.”

Pearl Jam also shared more information regarding the legislation responsible for so much necessary uproar:

“North Carolina’s HB2 legislation targets the basic rights of transgender people and strips many nondiscrimination protections from the state’s lesbian, gay, bisexual and transgender (LGBT) community. In addition to harming LGBT North Carolinians, the law limits the ability of municipalities to provide living wages above what the state provides, closes the door on state courts as a recourse for employment nondiscrimination claims, and imposes the values of Raleigh lawmakers on local elected officials and the people they serve.”