In 2008, acclaimed DJ, electronic and one-time hardcore artist, Moby, released Last Night, a concept album wrapped around the idea of 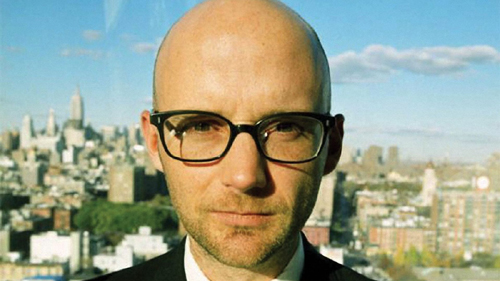 going out to clubs on a nightly basis.

During our conversation, Moby shed some interesting light on his decades of club-going and recalls a very frightening era that didn’t always allow everyone to go home in one piece…if at all.

AG: How long did you have this idea in your head about musically chronicling nights out?

Moby: “Just when I started working on this record. The first time I went out to a bar or nightclub by myself, I was 15-years-old – by myself, I mean not with my parents or my mom. My mom used to date country western musicians, so when I was really young I spent a lot of time in bars and nightclubs. “But, it doesn’t count if you’re nine-years-old and you’re only in a bar because your mom’s dating the pedal steel player.

“I started going out to bars and clubs with my friends when I was 15 and that was almost 30 years ago. So, it’s 30 years of going out to bars, going out to nightclubs and drinking and staying out late and having fun. With this record, I thought it would be interesting to make a record that actually reflected my day-to-day, or night-to-night, experience.

“I was working on the music and for some reason while I was making this record, I was being particularly social and going out way too often. I just thought, ‘If I’m spending all this time going out, I might as well try and justify being a drunk who stays out too late, by using going out as source material for the record.’”

AG: Are you recognized when you go to these places?

Moby: “I live in lower Manhattan and I tend to go out in my neighbourhood – I’ve been here for 20 years – so I’m recognized, but at the same time I’m sort of a neighbourhood fixture. I have a feeling that a lot of the people who see me out – because they see me out so often – they almost wish that I’d stay home more often,” laughs. “Like, maybe it was exciting for them or interesting for them the first couple of 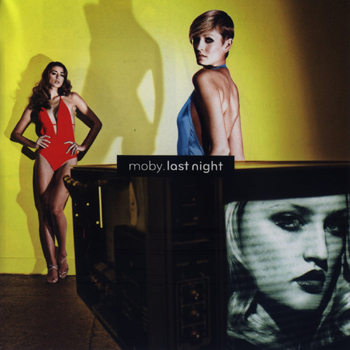 times they saw me out in the bar, but after the fiftieth or the hundredth, I think maybe their attitude is that maybe I should develop some hobbies or move somewhere else for a while.”

AG: So you’ve become the Norm (Peterson, the most regular of the regulars from Cheers) of that area?

Moby: “Yeah, as I said, I’m the neighbourhood fixture.”

AG: Having been going to clubs for 30 years, how has that scene changed since you first started going?

Moby: “Um, when I first started going out, I was 15 and I was mainly going to punk rock clubs in New York. But, the thing about the New York club scene in the early ‘80s is that it was so diverse and so eclectic…you’d go to a club to see a punk rock band, but there’d be a gay disco DJ playing before the punk rock band, and a dub-reggae DJ playing after the punk rock band. As a result, you’d end up getting exposed to so many different types of music.

“The compartmentalization that exists now, didn’t really exist back then. Back then, people were just into music and people were into going out and alternative culture. No one really defined themselves by only being into one kind of music. The DJ’s would play a hip-hop record into a Clash record, into an old disco record, into an Iggy Pop & The Stooges record, so it was really open and eclectic.

“The people going out were also really eclectic. There’d be straight and gay and black and white and Latino and Asian and this huge, completely benign melting pot. That changed in the late ‘80s. A lot of that had to do with the spread of HIV and AIDS, and also with the spread of the crack epidemic and with the advent of gangster rap.

“Suddenly, because of crack, you weren’t safe walking down the streets, and because of HIV and AIDS, half the club population wasn’t safe going home with someone. Because of gangster rap, you were always in danger of getting shot in the club. So, the late ‘80s/early ‘90s was a really violent, strange, almost scary, dangerous time. A lot of great music came out of it, but it was a weird time in New York in general and nightlife.”

Moby: “Oh, it got to the point where it was like living in Sarajevo after the war, or during the war. I would show up to work at one of the 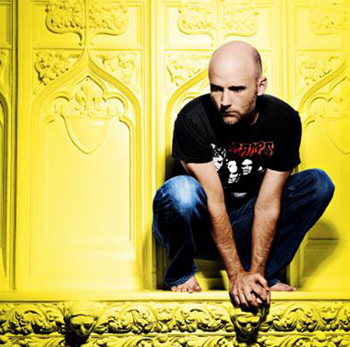 club’s I was playing and you’d hear that the doorman had been shot the night before. But, every time you went to work, there’d be a different story about somebody getting shot or someone being diagnosed with HIV, or someone dying of AIDS or someone getting killed by a crack addict. [Eventually] you become completely inured to the violence where it almost stops registering.”

AG: As a performer, is it difficult to take on such environments and be able to focus on what you’re doing?

Moby: “The only environment I really hate playing in is an environment where people are utterly disinterested. I found myself doing a couple of corporate events where I’ll be the celebrity prop in the background playing records, whereas the people invited for the corporate event are drinking and not paying attention to what’s going on…that can be really dispiriting.

“Playing in front of an angry crowd, or a joyful crowd, or a violent crowd – that I can work with,” laughs. “And I have a lot of experience with those crowds.

Previous: Q&A: DIANA and Their Unplanned Trip into “Perpetual Surrender”
Next: Watch the Will Ferrell & Chad Smith (RHCP) Drum Off!