Despite having booked U2 this week for a five-night residency, The Tonight Show with Jimmy Fallon still haven’t found what 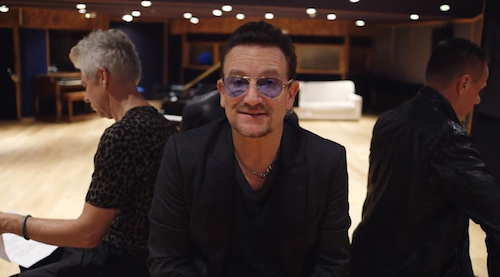 they’re looking for, as it’s been announced that the band has been forced to pull out of the gig due to a Bono bicycling accident.

At U2.com, a statement from bandmates The Edge, Adam Clayton, and Larry Mullen Jr. reads: “It looks like we will have to do our Tonight Show residency another time – we’re one man down. Bono has injured his arm in a cycling spill in Central Park and requires some surgery to repair it. We’re sure he’ll make a full recovery soon, so we’ll be back! Much thanks to Jimmy Fallon and everyone at the show for their understanding.”

This incident only adds to what has been a bizarre past couple of weeks for Bono. First, he misremembered apologizing for dropping Songs of Innocence into every iTunes account, and then last week the back hatch of his private jet fell off during a flight to Berlin.

Either Bono walked beneath a bunch of ladders recently, or the Gods are equally upset about being force fed the latest U2 album.