On Saturday night, Lights brought her Little Machines tour to the London Music Hall and it was one of the best concerts I have 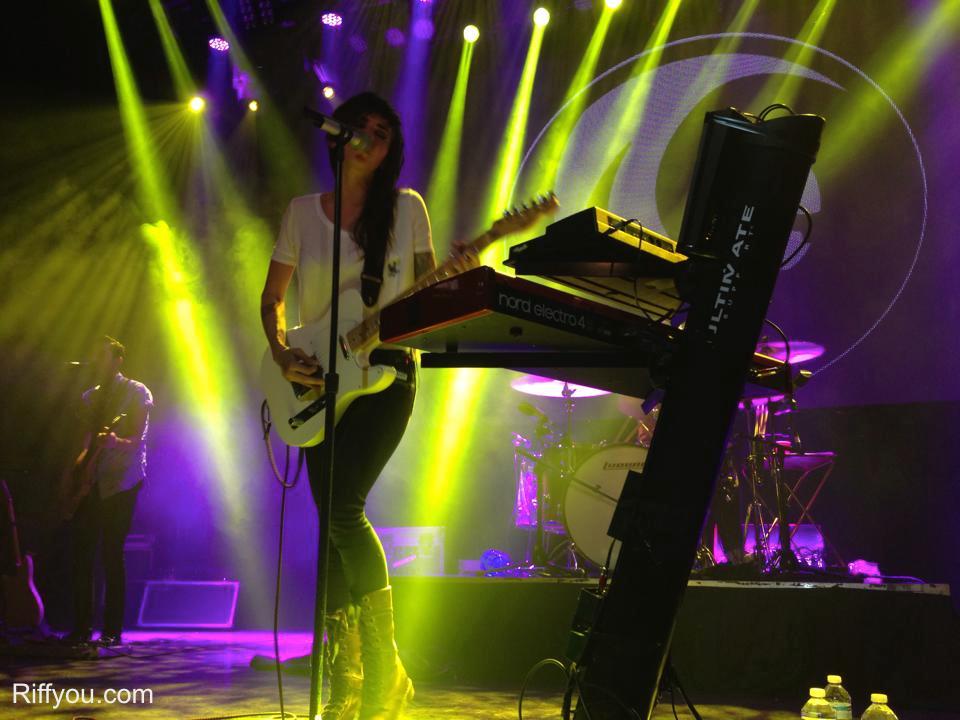 ever been to. Although I typically dislike general admission concerts, this was more than amazing – waiting in line for three hours was definitely worth it, as I was able to get into the front row and shake Lights’ hand a few times throughout the night. She also graciously accepted a painting my friend did of her, as I was close enough to pass it along.

Lights is probably one of the best artists in terms of interaction with the crowd. She never failed to reach down and shake fans’ hands, or hold the microphone out to the crowd, happily encouraging them to sing part of a song.

Lights included quite a few songs off her incredible new release, Little Machines, in the set list, including “Up We Go,” “Portal,” and “Muscle Memory.” She also played older hits (in which every audience member sang along to) like “Drive My Soul” and “Banner.” She impressively perfected every note – as expected – while wielding her keyboard and guitar like the true expert she is.

Along with her incredible talent, Lights is also participating in the World Vision charity initiative while on tour. At the merchandise booth in every venue she plays, Lights sets up a donation process where fans can give money to sponsor a child living in poverty in the Philippines.

She had also mentioned that because of the donations made at the first two shows of her tour, fourteen children had already been sponsored. So, not only does she inspire with her lyrics and musicianship, she also inspires with her generous charity work that helps involve all of her fans in a good cause.

Lights also had an impressive opening act, called Jane’s Party, who are based out of Toronto and are set to release their second studio album later this year. They put on a crowd-pumping show and also met and took pictures with fans after Lights’ set that evening. I can now say I’m a huge fan of theirs and cannot wait for the release of their new album.

Overall, I absolutely loved Lights’ performance and cannot wait to see her in concert again – she is truly an incredible talent.