Warning: A non-numeric value encountered in /home/riffyo5/public_html/wp-content/plugins/color-scheme-every-theme/classes/Options.class.php on line 108
 The Flatliners Cover The Tragically Hip for Cancer Charity - Riffyou.com

The Flatliners Cover The Tragically Hip for Cancer Charity 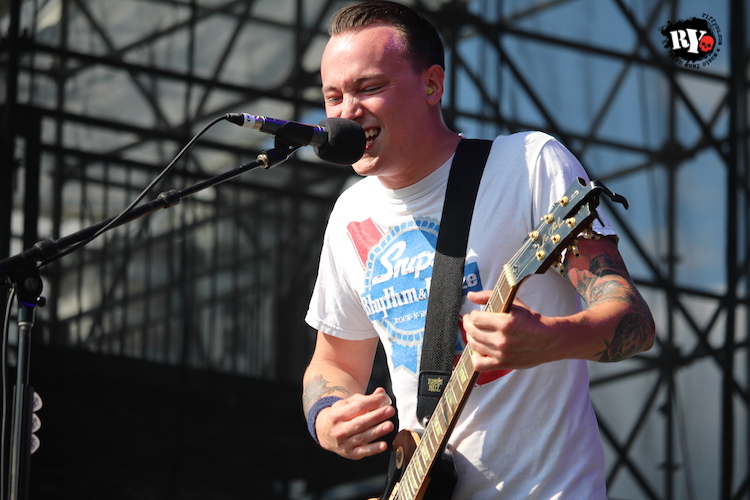 Since it was announced earlier this year that The Tragically Hip’s frontman Gord Downie had been diagnosed with terminal brain cancer, tons of their Canadian musician counterparts have paid tribute. The latest band to do so is The Flatliners, a band known for its punk and heavy rock ways.

Today, The Flatliners released an acoustic cover of The Tragically Hip’s “Ahead By a Century.” Available through Bandcamp, iTunes and Spotify, all proceeds made from this version of the track will be donated to the Gord Downie Fund for Brain Cancer Research at Sunnybrook Hospital.

Here’s what The Flatliners had to say about this initiative, as well as the impact The Tragically Hip has had on them:

“We were far, far from home last week when Toronto Mayor John Tory deemed August 10th ‘Tragically Hip Day’ – so we thought we’d do something special.

“We’re currently on tour in Europe, and not able to take part in the festivities around Toronto to celebrate the iconic and bountiful career of The Tragically Hip, so we spent August 10th taking in the beautiful sights of Venice and reflecting on how much The Hip have inspired us as musicians. Any time we’d turn the radio on, or flip the channel to MuchMusic as kids, there were Gord and the boys. It was easy to feel the impact of a band who explored their musical abilities so boldly – and did so completely on their own terms. If you think about it, it’s pretty fucking punk rock. So we decided to record our own acoustic version of ‘Ahead By A Century’ yesterday in Venice too.

“Through his years Gord has truly inspired a nation of thinkers, believers, and dreamers – always inspiring us to be creative, providing the soundtrack to our good times, and also helping us through the tough ones. I think it’s time for us all to give back. Anything is welcome, but we urge each and every one of you to donate below to the Gord Downie Fund for Brain Cancer Research at Sunnybrook Hospital.

Much love and respect to The Hip for everything they’ve done for kids like us just trying to find a place to play our music. The inspiration just gets stronger and stronger. And to a true Canadian legend: Gord, we love ya!”