Warning: A non-numeric value encountered in /home/riffyo5/public_html/wp-content/plugins/color-scheme-every-theme/classes/Options.class.php on line 108
 This is Glastonbury's Amazing Salute to Bowie, Lemmy & Prince - Riffyou.com

This is Glastonbury’s Amazing Salute to Bowie, Lemmy & Prince

As the UK comes to grips with the reality that it’ll soon be leaving the European Union, music fans have gathered for yet another muddy edition of Glastonbury. Surely, the politics of #Brexit will likely flow through the weekend, but so will the rememberance of three musical icons recently lost: David Bowie, Lemmy Kilmister and Prince.

To salute the lives of these massively important musicians, artist Joe Rush created three pieces situated throughout Worthy Farm. The most prevelant art installation is the Ziggy Stardust lightning bolt featured atop of Glastonbury’s Pyramid stage.

“It felt important to capture Bowie’s very particular eye, which was such a part of his look,” said a Rush in an interview with The Guardian. “But I also really liked the idea of Bowie looking out and watching over the whole festival. And if we are going to have an eye in the pyramid, it should be Bowie’s eye.”

Here is a look at all three masterworks: 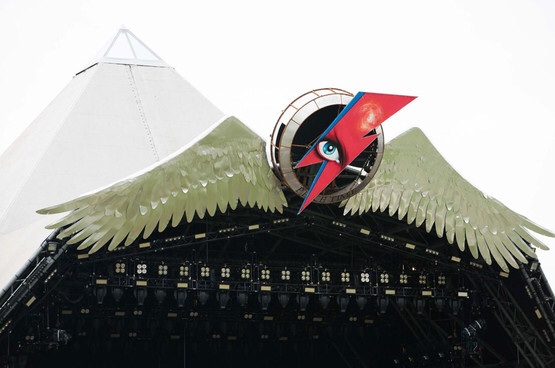 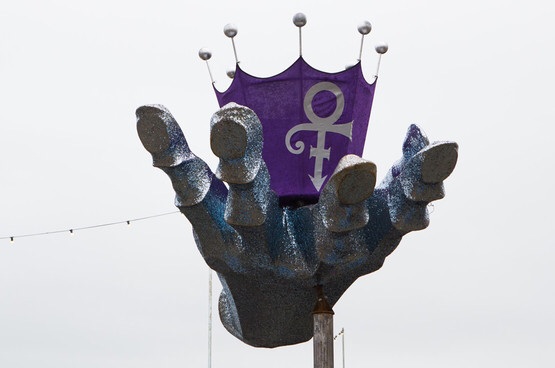 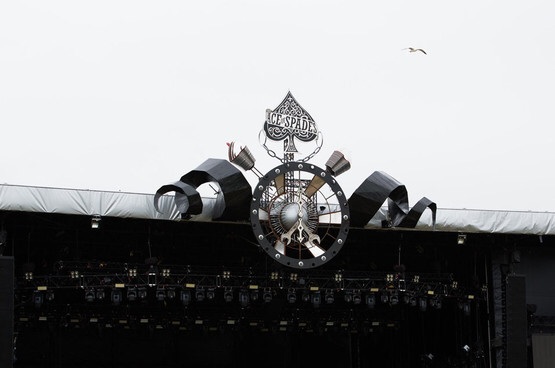 Previous: Dave Grohl Got High at Paul McCartney Party, Only to Get Rescued by Taylor Swift
Next: Watch Frank Turner Serve Up Tennis Skills in “Love Forty Down” Video