Warning: A non-numeric value encountered in /home/riffyo5/public_html/wp-content/plugins/color-scheme-every-theme/classes/Options.class.php on line 108
 What I Learned from Meeting Dave Grohl - Riffyou.com

What I Learned from Meeting Dave Grohl 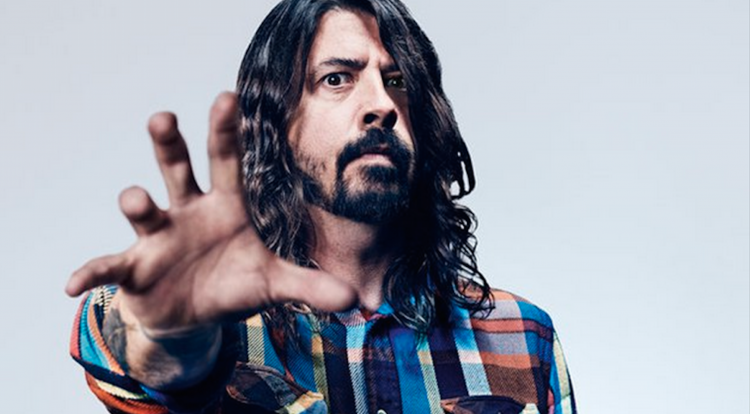 On a September afternoon in 2008, I decided to be bold. This is not always something I aim to be, but this day was an exception to any rules I had.

As a music journalist, I am supposed to understand boundaries – especially when it comes to backstage etiquette. I am supposed to be able to sit at a picnic table and (from a safe distance!) watch rock stars roam about, but not approach them without permission. In many ways, it’s like having to admire monkeys at the zoo from afar, but not climb into their sanctuary with a bag of bananas. I am usually really good about just casually observing.

However, on this occasion Foo Fighters were headlining Virgin Festival on Toronto Island, a place in which bands would be shipped to on boats of varying quality. Guys like me were stuffed onto ferry boats.

Anyways, as dinner hour approached, I was whisked backstage on a fast-moving golf cart with Virgin media reps – I had an interview with The Kooks in a few minutes. On our trip, I observed Dave Grohl milling around by the stage, casually exchanging pleasantries with some acquaintances. I don’t typically get star struck, but this was very exciting.

Once the golf cart stopped by the band trailers, you could see some other Foos strolling around. Nate Mendel was there, as was (I think) Chris Shiflett.

To the media rep, I mentioned the temptation of being backstage with Foo Fighters and having a tape recorder (yes, a tape recorder) with me. To script, I was told what I already knew: I was not allowed to approach. I had to sit at a lonely picnic table and await the band I’m supposed to be backstage to meet – not the one I really want to meet.

So, I did what I was told…for maybe five minutes.

Mid-thumb twiddle, there was Grohl and (obviously) his security muscle walking back toward the band trailers. From maybe 100 yards away, I made sure the coast was clear and then decided to make my move.

I, all 6’4″ of me, rose up, took some steps and somehow, very quickly, caught the eye of Grohl. I acknowledged him from afar in a way that suggested we had met before. Think of how you acknowledge a friend approaching you at the mall – that’s how this went down.

I introduced myself and immediately complimented his work. I think my nerd-isms were in control, but only Grohl would know that for sure. Then I did what anyone would do – I got the security muscle to take a photo of Grohl and I, as if we were best friends. 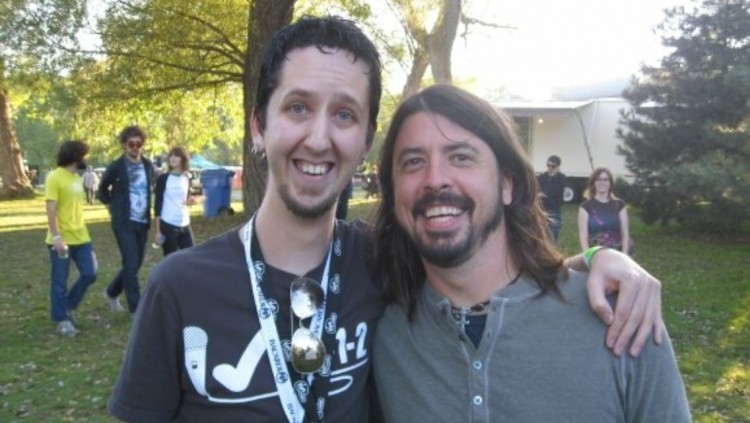 As we set up the shot, I mentioned seeing Foo Fighters a year prior and Grohl struggled to remember the gig, but did think his band played with Against Me! – he was right.

I then smiled like an idiot, in a regrettable t-shirt choice, and had a moment with one of my musical heroes permanently documented on film.

My encounter with Grohl was brief, but what I learned from this 120-second experience was that those who claimed the Foo Fighters leader was one of the nicest rockers you could meet, were 1,000% right.

Considering the circumstances and my shameless approach in a restricted area, I could’ve been easily ignored or dragged out by the security muscle. I assume this is what would happen many times over with artists way less significant than Grohl.

I also learned that brief moments like this one can result in years-upon-years of jubilation. Looking back, I am still stoked about this happening. I’ve met and spoken to many ‘famous’ musicians over the years, but this random encounter takes precedent over many of the more formal ones.

Lastly, I learned that sometimes you just have to be bold and only view rules as suggested guidelines. Had I just stayed at that lonely picnic table (like I was supposed to) and let Grohl walk by, all I’d have is a story about seeing him really close up, but being too much of a wuss to do anything about it.

Instead, I have a story and photo that’ll bring a smile to my face 50 years from now when I’m in a rocking chair and pissed off about all the racket of life.