In the summer of 2006, industrial metal heroes Ministry were rolling through Canada to promote their amazingly anti-George W. Bush 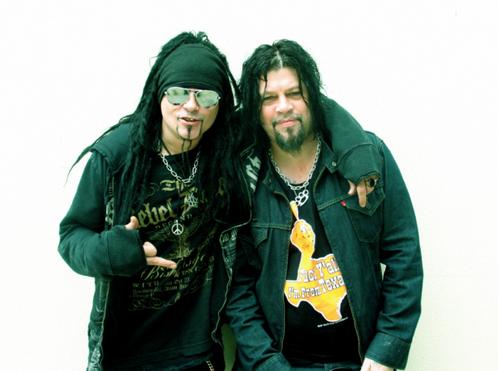 album Rio Grande Blood. Considering the political climate at the time, I knew that this would be a passionate interview.

The end result made that previous thought come off like one of the most severe understatements ever made.

While I wasn’t put on the line with Ministry’s main-man Al Jourgensen, I was able to speak with then bassist, the late Paul Raven.

During our brief, sometimes confrontational time together, we discussed Bush, celebrity ignorance, as well as blowing up government buildings. Yup, it was one of those types of conversations.

AG: Congratulations on the new album!

Paul: “Thank you very much, do you like it?”

AG: Yeah, I do. It’s about time somebody really boots Bush in this way.

Paul: “Yeah, I hate him to tell you the truth.”

AG: The album sounds very up front and you have those clips from Presidential speeches…

Paul: “Those took some time to chop together, but well worth it.”

AG: Do you think people have been avoiding coming out against the president as much as they should have?

Paul: “Yeah, they’re fucking scared – especially those in the music business. They’re a bunch of pussies. It’s like that fucking guy from Green Day, Billie (Joe Armstrong). I hate his music and have no time for his music whatsoever, but at least he uses his platform to say something positive. But, this country is full of fucking scaredy cats and they’re too afraid to stand up and be counted.”

AG: You saw a lot of artists come out against Bush when he started getting crazy in the White House and the whole industry or world seemed to turn on them. Is Ministry even concerned about that kind of thing?

Paul: “That’s a weird question to answer because I didn’t see anybody fucking try to stop that motherfucker, did you?”

AG: No, no. Not so much try and stop him, but speak out against him.

Paul: “Exactly. That’s pretty sad, don’t you think? All of these so-called fucking rebels and rock n’ rollers that are so afraid that they’re going to lose their paycheque that they won’t fucking stand up against George Bush. Well I say, fuck them and shame on them – all of those assholes.”

AG: How important is it now to hold these people for what they’re worth?

Paul: “Less important than it was a year ago.”

AG: Is this war going to end?

Paul: “Fucking, who cares? You know? The point is the damage is done. It’s just another example of this perpetual climate of fucking fear that has been perpetuated from (Ronald) Reagan down. George Bush and his little bunch of Nazi pirates can fucking eat shit as far as I’m concerned. To me, I’ll feel like I’ve succeeded on this tour if one person goes out and burns down the fucking Mayor’s office – I’ll be happy.”

AG: You’re talking about the fear that the White House is putting out there, but there’s also this thing where people come out against the war and they’re called ‘unpatriotic.’

Paul: “Who cares? As far as I’m concerned, you’re the enemy – the media. You should be more ashamed than anybody because you fucking guys have positions where people listen to you almost as much as us.

“And what are you doing for your bit? Interviewing me? That’s not right. It’s fucking terrible what’s going on. It’s absolutely criminal.”

AG: But everybody has their role right?

AG: I guess the press’ role, or at least my role today, is to speak with a band that’s going after Bush.

Paul: “Yeah, but we feel like we try to perpetuate an example. We try to perpetuate what we believe is the truth. It’s difficult to come across because it’s patted out. It’s entertainment and it’s not really hard news. It’s a bunch of druggies giving their piece. It’s the same thing as the ‘60s and ‘70s; wars are happening and everybody has fucking real opinions – and to make it a trend or whatever? That’s not what we’re about.

“I’m personally about as fucking far, hardcore left wing as you could get. I’d like to bazooka the fucking White House. I hate the administration and I’d like to see someone with the balls to get up and fucking confront this whole thing.” 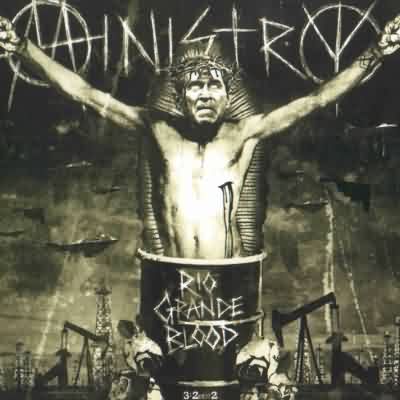 AG: Why do you think no one has?

Paul: “They’re too afraid. Everyone’s God is the fucking dollar.”

AG: As much as musicians can commercialize standing up to the government, you must think that it’s important that someone with any kind of platform comes out and says something.

Paul: “I absolutely do. I think it’s fucking pathetic that more people don’t – especially since it’s so blatant. I am absolutely amazed by the turn the other cheek people. It’s fucking disgraceful. Nickelback? They’re Canadians aren’t they?”

Paul: “They need to get their fucking fingers out of their asses, stand up and do their thing. I don’t see them protesting against shit.”

AG: What I’ve found interesting about bands like that, is they have the argument that they’re trying to make people forget about things by putting out party time rock.

AG: With you guys having such a huge and diverse fan base, does Ministry think it can change the world through making music?

Paul: “I change the world by killing people and selling drugs,” laughs. “I don’t know what you do. That’s more what I do – music is my hobby. The rest of the time I’m on the front lines doing it up.”

Previous: Morrissey Responds to Murder-for-Hire Allegations
Next: Getting to Know: Florida Thrash act, Illuminate Me