On February 1, 1995, just a handful of months after the release of what would become its most 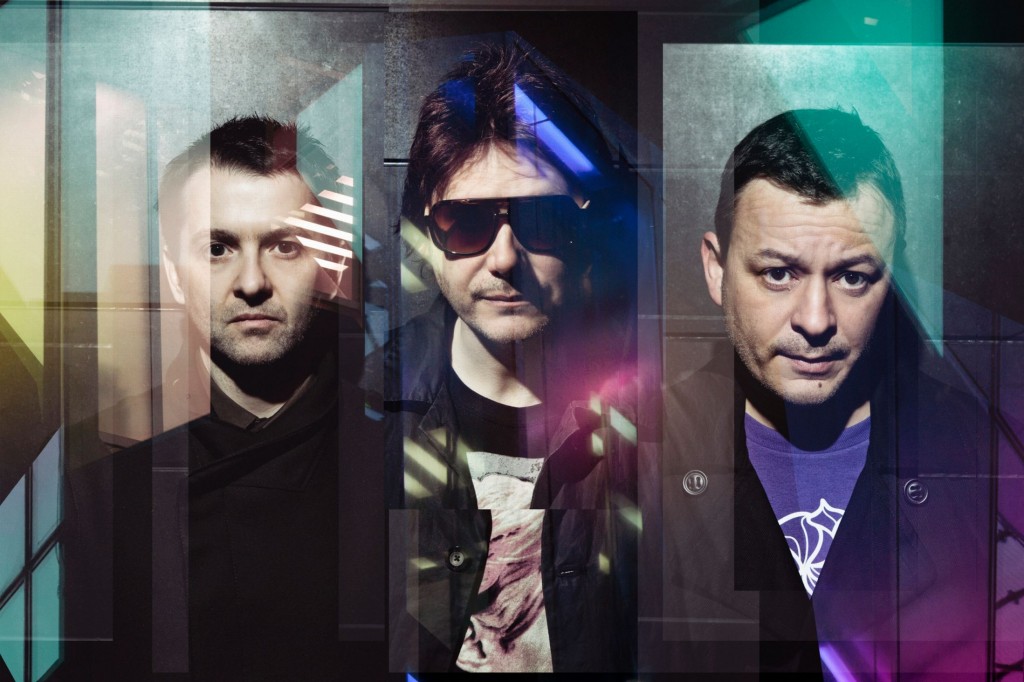 Since then, his last artistic statements on 1994’s The Holy Bible have been analyzed and re-analyzed by those looking for clarity and perhaps even some understanding.

What is known for sure is that Edwards, who wasn’t legally presumed dead until 2008, had his issues near the end. He suffered from substance abuse, anorexia and self-harm. What part all of that played in what you hear on The Holy Bible is for you to decipher.

That said, 20-years on, The Holy Bible feels furious and not out of place: if a jaded, mad-at-the-world punk rock kid looking for something to relate with was to stumble upon it, chances are a quick connection would be made.

On the band’s current North American tour, audiences will hear The Holy Bible played in its entirety. After that, Manic Street Preachers will put the album to rest and continue forward.

Riffyou.com had the opportunity to share some time with Moore to discuss what it’s been like to re-approach The Holy Bible; his memories of making the album; what it means to him; and how he feels Edwards would’ve reacted to the endless applause attached to The Holy Bible.

RY: How’s the experience of re-approaching The Holy Bible been for you?

Sean: “It’s been good to go through the old archives and just running it dry until there’s nothing left. With this album, that’s it, after [the box set] we can’t add anymore to it. We’ve exhausted everything we’ve got.”

RY: I know you’re playing the album in full on this tour. What kind of work and emotion goes into making that possible?

Sean: “It was definitely a test, but we got over that in the studio. You just have to be a little bit more serious and aggressive with it. It’s not like the method school of acting when playing, but you definitely have to get into the moment of it. The album evokes a lot of old feelings, but it’s a joy to play, to be perfectly honest. There’s a purpose to it…it has a far more aggressive stance.”

RY: All of these years later, how do these songs appear to you now?

Sean: “Playing them now, strengthens the belief that we had back then…it shows us the reason of why we’re in a band. It’s probably a lot less about the musicality and more about the message. Over the years, you develop and create new styles. But, there’s still that little bit of burning desire deep 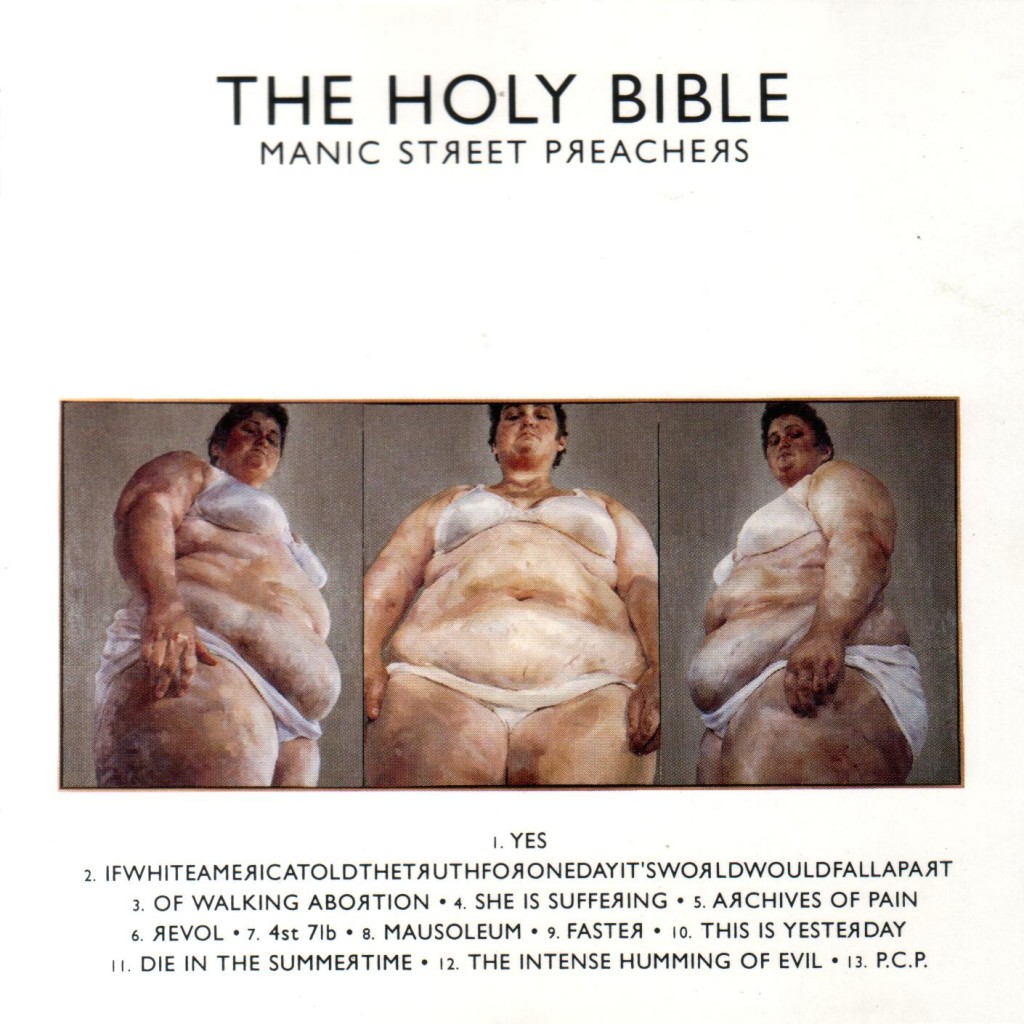 within that comes back up to the surface again. I don’t think those things go away. [The album’s] rekindled our purpose.”

RY: Is there anything in particular that comes to mind when you reflect on the era in which The Holy Bible was made?

Sean: “We were in a small studio in Cardiff recording the album – we thought we had come to the end of our careers, so we had nothing to lose. We then threw every bit of anger and bile that we had contained in us. It was cathartic in a way because we were almost cleansing ourselves and putting it on tape. We had a pleasurable experience when recording it. We didn’t feel like we were under any constraints and I think that’s possibly why the album has been revered for its honesty – even the darker elements that are a bit hard for people to digest. But for us, we were just happy with the fact that we could actually express ourselves as truly as we could.”

RY: What came immediately to mind for me when I saw that The Holy Bible was being reissued was the challenging nature of you guys having to revisit Richey’s songs and what was going on with him during that era. Was it ever a struggle to listen back to those songs, considering what happened with Richey?

Sean: “We’ve come to terms with a lot of things. This is a celebration of those times in which we felt complete. The sad thing is how [the album] affected a friend. At the time, you could see him disintegrating…and there was nothing you could do about it. So, I think we’ve had enough time to come to terms with those things. As you grow older, you become more understanding – not accepting – but understanding. For us to go back and revisit those things, all you can do is appreciate the personal sacrifice of some people and the fact that we were honest as songwriters and that we didn’t hold anything back.

“There are a lot of chapters that have closed in our story as a group. I think after this, we won’t be revisiting [The Holy Bible]. We have come to terms with a lot of those things. This is the reason why we did [the full album shows] in the UK and are doing them in North America: to say that this is the end of this chapter and that we won’t be going back and revisiting it in the future.

“And we’ve been honest with our audience about it. There are a lot of people out there who love these songs and we just wanted to give them the opportunity to listen to them in a raw, live element. We might play the occasional song from the album [in the future], but I don’t think we’ll be doing this again.”

RY: This may be tough for you to answer, but I can tell how proud of the album you are. Do you think Richey would’ve appreciated how this album has been celebrated over the years?

Sean: “That would’ve depended on a lot of things. Had it not taken a personal toll and it wasn’t as personal as it was, and it was celebrated, I think he’d be happy with the fact that we are going back to it and giving the audience an opportunity to listen to songs live, that they haven’t heard that way 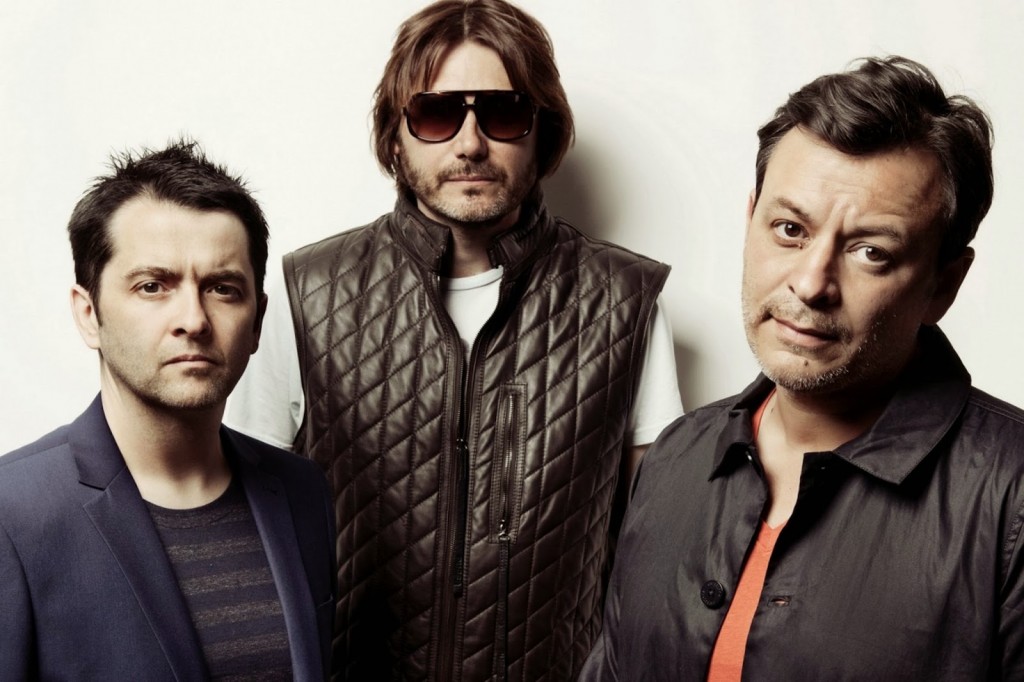 before. It’s always imperative to each and every song to have people come away with something, whatever it is. I think he’d be happy with that.”

RY: On a personal note, what does this album mean to you?

Sean: “Out of our first three albums, this was the most honest and intense [expression] of how we felt as young men isolated and alienated in our hometowns and wanting to get out and break free…to have an understanding about ourselves personally, as well as mankind. For me, this album is the antithesis of that particular time.

“I was never a big rock fan and we had to work our way through that to get to The Holy Bible, which for me, is far more honest. I come from more of an alternative, post-punk, background, so this felt more real to me than the first two albums. Although I enjoyed writing and recording those albums, it wasn’t until The Holy Bible where we got raw and honest. That, for me, is the most honest album of that particular period that we recorded.”