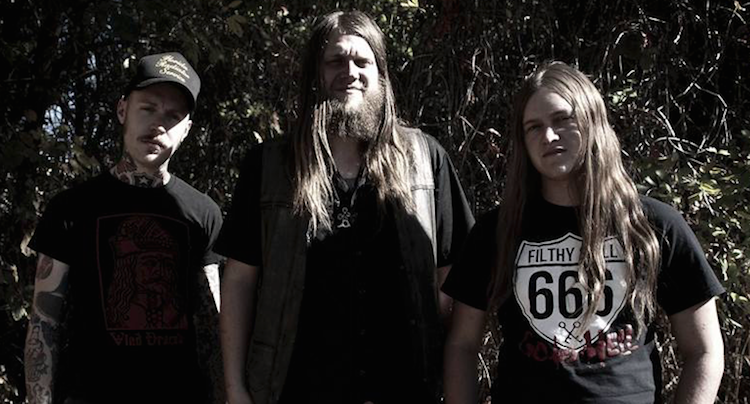 When it comes to sharing a story with anyone, it is important to ensure that it is being delivered in an engaging and intriguing manner. If it’s not shared in this fashion, those who are asked to sit through story time will easily grow distracted and disengaged. This is the feeling I experienced throughout listening to Saddle of Southern Darkness’ S/T affair.

Musically, the blend of folk, blues, rock and country influence made the sonic aspect of this album quickly move to the forefront. The players clearly know how to maneuver the fret board and create interesting soundscapes that have a real pull to them. It’s a shame then that vocals not capable of keeping up with the quality of the music had to emerge and throw this album into an abyss of missed opportunities.

Often times, the vocals were unable to have enough pure volume or power to stand beside the music, let alone rise above it and grab you by the collar. On several occasions, I feverishly increased playback volume with the hopes of getting closer to the words. No matter how high I went, though, I just couldn’t get the songs to where I needed them to be.

From what I could gather, the fellas in Saddle of Southern Darkness were attempting to communicate a specific western-influenced storyline, but it was tough to determine what we were supposed to get from it – this, again, can be blamed on the lackluster lyrical delivery.

Had the Saddle of Southern Darkness instead focused on creating a strict instrumental album, I think the results would’ve been much more impressive than what we have here.

Previous: Laura Jane Grace of Against Me! Releasing New Memoir
Next: Watch the “A Fat Wreck” Documentary Trailer!