In 2002, I was a college student that – thanks to a very generous publicist at Epitaph Records – was provided with an opportunity to sit down with Bad Religion bassist Jay Bentley, mere months after September 11. 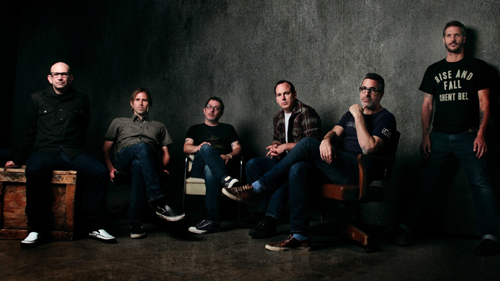 America and abroad. On this wintery Toronto day, a fiery, yet kind, Bentley shared his thoughts on the aftermath of arguably the most significant terrorist attack to occur on American soil.

Here’s a chunk of that conversation:

AG: With all that’s going on in America right now, is it harder to be there at times now?

Jay: “No, actually right now it’s a good time. People have recoiled from their ‘we’re the greatest thing on the planet’ mentality. It’s not to say that what happened was a good thing, but sometimes people need to get slapped in order to take a good look around.  Not that I agree with what happened, but I was talking to my sister and she goes, ‘it really pulled America together.’ I went, ‘no, it changed the world. You’re still looking at everything on with blinders on like America, America America.’ Fuck that. This is all about the world now. Maybe everybody’s opening up a little bit to see the bigger picture.”

AG: Do you find that the terrorist attack – aside from creating a lot of unity – has also led to a lot of propaganda from the American government…trying to reinforce that they’re the stronger nation?  Like giving themselves an ego boost?

Jay: Of course. “Not to mention, that everything you get now is to just keep the war machine rolling, because that’s where the money goes. Once the money is being spent of defence, it’s the government paying the government. They love that. They love to have that, because the money just keeps coming right back. It’s a difficult position to be put in, but yes, it is a lot of rhetoric and a lot of shit. People need to see through that, and make sure that they understand exactly what’s going on and why.”

AG: As musicians though, your position is to help fans to get through it. A lot of people were looking at music as the strong point after 9/11. Being a socially and politically aware band, you must’ve had a lot of people coming to you looking for answers.

Jay: “Yeah, I think so, but I think bands are more similar to mirrors or the canary in the coalmine. They certainly aren’t an 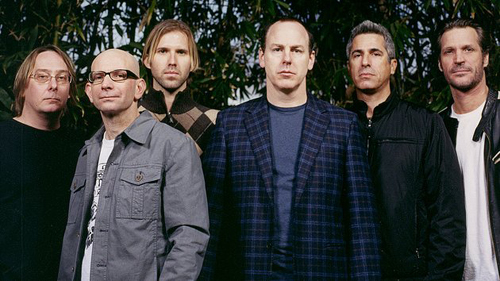 advanced warning. People could say, ‘yeah, but you guys knew this would happen. You wrote a song called “Sorrow” in June, way before any of this happened.’ Yeah, but we’re Bad Religion and we’re just writing about human nature and this isn’t anything new…the tactics that people use and the extremes that they’ll go to, those are new. But, what gets these people to that point, that’s not new, that’s normal. That’s human nature.”

AG: Your songs have always been perceived as honest and about something. There is a lot of music right now without substance and are just meant to get the kids dancing.  You guys try and mix that in there too, but you also offer some truth within the writing.

Jay: “I don’t know if it’s the truth – we just have a lot of questions. We’re fairly intelligent individuals who have a shit load of questions. I think more than anything else, half of our questions are looking for answers from someone other than ourselves. Maybe we don’t know what we’re looking for. But you’re right. One of the things we’ve tried to stay away from, is to write songs for popularity’s purpose. We leave that to other people.

AG: Do you find that being challenging in what you say is part of the appeal of Bad Religion?

Jay: “Well, yeah. But I think that if you started censoring yourself trying to make sure that you stayed within some kind of realm of what people find acceptable, you’d be in trouble. I don’t think we’ve ever had that problem, but we don’t really a lot of boundaries in the sense of ‘how outrageous can you be?’ That’s not really our gig.”