In 2007, Washington D.C. hardcore innovators Bad Brains returned to the scene with Build a Nation, their first album in five 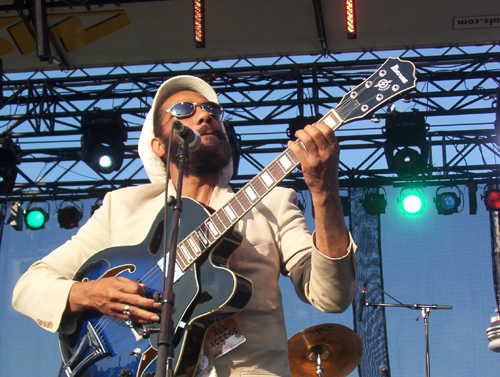 years. For much of their multi-decade career, the band – H.R., Dr. Know, Darryl Jenifer, and Earl Hudson – had a reputation as a group of guys that struggled to get along and remain a cohesive unit.

Even though they managed to be one of, it not the first band to meld reggae with punk, heavy rock, and hardcore since their inception in 1977, the relationships of those within the band often became a focal point for those on the outside looking in.

Ahead of a Toronto, ON, festival appearance, I was put on the line with Jenifer, who not only commented on Bad Brains’ need to continually diversify their sound, he also clarified how exactly he and his bandmates get along.

AG: “I’ve always enjoyed the fact that your band is always willing to embrace lots of different musical styles and meld them together within your albums. How important is it for Bad Brains to have that creative flexibility?

Darryl: “It’s important to creativity itself – if you’re a musician or an artist – to keep your craft moving forward. A musician and an entertainer are two different things. An entertainer is someone whose main focus is to please the audience with dancing and singing, but a musician and an artist, their main goal is not necessarily to please the audiences…it’s to create and forge art. In music, the audience can choose for themselves whether or not they want to enjoy it.

“There are some reviews out there and people want to be mean and say that they didn’t like our record (Build a Nation, 2007) because we don’t sound like we used to sound and we aren’t the way we used to be. That kind of irks me in a way because you’ve got people with these opinions, and they don’t even realize that’s not what punk rock is – forget about music and art, punk rock is not about pleasing you. That’s more like heavy metal or some shit. Punk rock is about a message; about playing within your own capabilities; it was never very pleasing…people have pleasure in their punk rock.

“Basically what I’m saying is that there are people out there who wish that we could be the way we were. But that’s not punk, that’s pop – we’re not pop.”

AG: Do you ever wonder what fans and critics want from you guys?

“I know what they want – they want us to play bad and serious and they want to see H.R. running around and diving around. They want to feel the full-on 1982-era heat from the Bad Brains. But, they got to realize that was the way we were then – not that our craft or our approach to our music has changed, or our energy – but our ways, our style, and what we appreciate (has changed). Nobody that could criticize us and say that we aren’t like we were in ’82, aren’t the way they were in ’82 either. They want to pay me to go out and we can all reminisce – that’s not what I’m about or what the band’s about.”

“Where punk rock fits in, is with the youth – like those in high school coming up interested in music and art. You have to get their 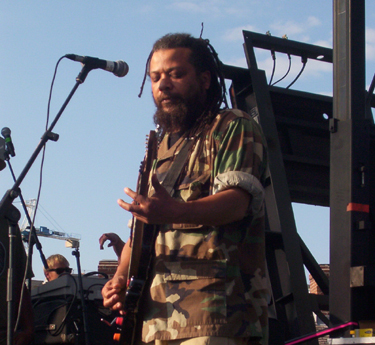 minds opened in the right direction while they are young. Just to help mold their attitudes toward not accepting Babylon.  Babylon is all out there – Babylon reveals itself…there’s no hidden mystery. Babylon is all we’re looking at – George W. Bush; the money; the wars; the tricks; the oil; the game; and the class. So, you’ve got to come up with an open mind. I’ll give you an example of what I’m trying to say.

“When we were young we used to make songs about Ronald Reagan – we were fighting him through the music [while] being the youths. So, when we’d go play the colleges, then the other kids come down with open minds – like Henry Rollins and Ian MacKaye. Then they pick up on it, and spread it around. Now you’re trying to build a nation of conscious youth. There are many parameters to being a youth. You don’t have to be all serious politically. There’s fun, there’s girls, there’s love – there’s many factors of a youth. All we want to make sure of is that the youths keep their eyes open and don’t get blinded.

“You see a rapper with jewels…you see people getting blinded by fashion, tattooing, which is all good, but we still have to have a reason. When I was coming up on this thing, Bad Brains was my tattoo.”

AG: What would you say to today’s punks who seem to be more about the aesthetic of punk rock as opposed to the actual content that’s being produced?

Darryl: “Today’s punk might not necessarily look like the traditional punk rocker. But you will call somebody punk if somebody is making radical music that has a message. That may not necessarily mean like rip/tear, safety pins and shit – all that shit might be commercial. I see these kids walking around, dressed in black, and they kind of look dirty – they’re young and they got Dead Kennedys patches and patches on them of bands from years ago – they usually got a dog and a guitar. They kind of look like hobos, but they’re not punks, they’re like hobo-punks. I’m sure you’ve seen them in every town.

“There’s like a hobo-punk. It’s almost like I don’t even know if they listen to the music – it’s just the patches like Dead Kennedys, Ramones, Circle Jerks (that they wear). I don’t even know if they even know half of these songs or know about these bands, but it seems like a hobo-punk fashion. That’s something I don’t really know about – all I know is radicals with the music. I didn’t even really know about the punk shit for a little while back when I was a punk. But, I got out of that punk fashion and started getting the more conscious-rocker-rebel look to myself. It’s all a rebel look.”

AG: You’re credited a lot for being a very influential band within the hardcore punk community – do you ever think about Bad Brains’ impact in that regard?

AG: What do you see for the future of Bad Brains? 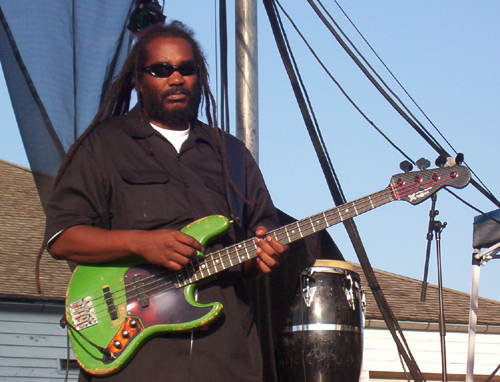 telling you…you can see for yourself. We come out, we go away, we come out; it’s not a comeback. We don’t come back; we never went anywhere. We’re still traveling, we’re still on the road – the road of our lives is Bad Brains and spreading our music.”

AG: That’s funny, because people think you’ve broken up a couple million times throughout your career…

Darryl: “I want to let it be known that one thing people forgot to know is that we are a brotherhood. We were brothers before Bad Brains – it was like a family. Just like any family, there’s dysfunction.

“Imagine you, your brother and your other brother had a band, and you’re all in it. Your one brother likes to do this, the other guy sleeps all the time, and this guy always wants to be mad. It’s a family, so it’s something that is always there. To the public it may be like, ‘oh, they break up and they get back together.’ That’s a band when people break up – Bad Brains were brothers before the Bad Brains.

“We’ve been together since I was 16, and before we even knew that we were going to be Bad Brains. We’re able to be a living band. They can look at us and say everything that they want to say [like] ‘how the band don’t do this…’ or how H.R. is wild, but here we are for you to see. We’re a living band.”

Previous: Getting to Know: Minnesota Alt-Rockers, Vaudeville
Next: Q&A: Noise-Pop band Sharkmuffin has More Than a Clever Name