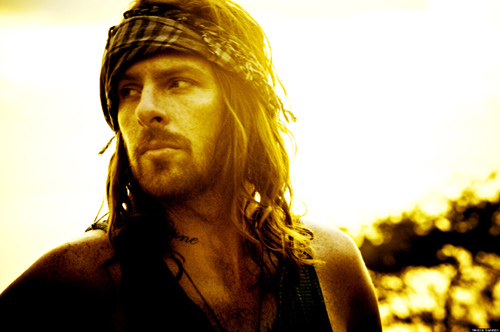 Embattled Toronto Mayor Rob Ford can’t even attend an NFL game in his own city without stirring a bit of controversy.

During the Buffalo Bills and Atlanta Falcons tilt at Toronto’s Rogers Centre on Sunday, December 1, musician Matt Mays informed the Twitter-verse that Ford had stolen his seat. Yes, the man who admitted to smoking crack cocaine had plopped himself into the seat of a man who has a song by the name of “Cocaine Cowgirl.” No, the irony isn’t lost on me either.

Mays soon hit the microblogging site with the following: “Rob Ford is sitting in my seat at the Bills game. He stole my seat. I don’t know what to do. I’m by myself. I gotta kick him out right? I mean I would kick anyone else out… Am I wrong?” After some time, Mays informed the public that he did eventually get his seat back, but didn’t explain how.

Mays wasn’t offended by the incident, as he informed the National Post after the fact that he found it more funny than anything else.

RiffYou.com will be catching up with Matt Mays on Tuesday afternoon to speak about his latest album, Coyote, the Horseshoe, and of course, his Ford encounter.

Stay tuned for that!