The National Football League (also known to many as the No Fun League), are looking to have a candy-coated, fluffy, make-the- 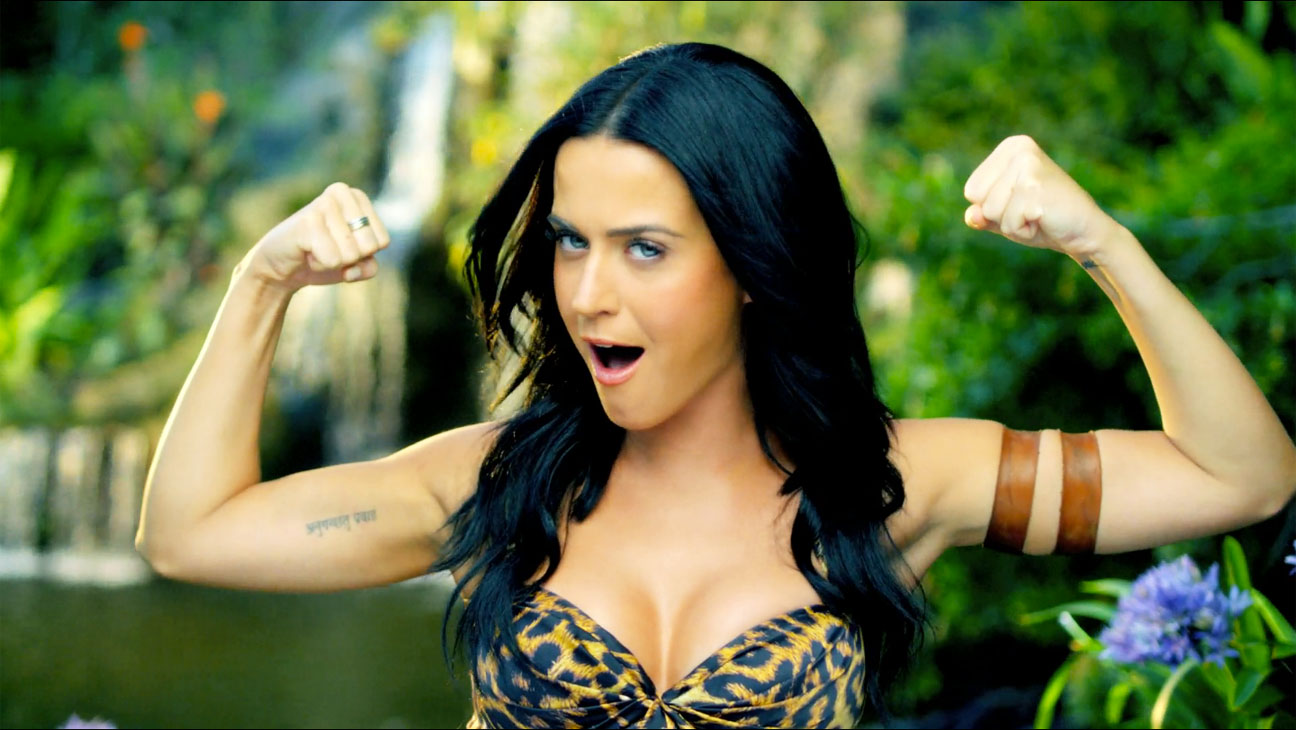 non-football-fan-housewives-dance, type of Super Bowl halftime party in 2015 with Katy Perry. (Perhaps they’re just trying to dispel the notion that they hate fun.)

While The New York Post is reporting that a deal between Perry and the NFL is still be hammered out, it sure seems like this will be a go.

I guess it could’ve been worse – Taylor Swift could’ve gotten the spot. Or Iggy Azalea. {shudder}

Anyhow, it’s no secret that the NFL loves to counteract its tremendously physical, barbaric, intense, and all-encompassing championship with something a little more breezy in the middle – something that’s aimed at more than the bearded dudes mowing down chicken wings and pints as they ogle at the beer company girls handing out prizes at the bar.

Even though it’s now likely that these fellas will have more of a reason to slobber while watching the screen during the next Super Bowl’s halftime, I can’t help but continually be disappointed by the NFL missing the extra point.

Of course, the argument everyone will pose to defend the NFL is that the league is in the moneymaking business, and what better way is there to make money than to hire one of the world’s biggest pop stars, then sell a ton of advertising around here performance for a whack of dough? It’s almost too easy.

But, that’s what the problem is: this is too easy.

It’s also tremendously out of touch.

I’m not going to rip on Katy Perry, because she isn’t the worst pop star out there. She’s taking advantage of an amazing opportunity being presented to her. In this case, I don’t hate the player – I hate the game. That said, I’d rather stiff-arm her music entirely.

Football is aggressive. It has attitude. It has swagger. It has a hardness to it that should, musically, be represented on the NFL’s biggest day of their season. Why – apart from the desire for yet more ad revenue – does the league want to be wussy?

Why doesn’t it want to pay back season-long, decades-long, league loyalists who dedicate their Sundays to NFL action? You can’t possibly tell anyone that Bob in Chicago, Frank in Green Bay, or Griff in Philadelphia want a Katy Perry halftime – that doesn’t make sense. Do you really think they want to hear about teenage dreams?

The NFL wants to piss off its most loyal demographic, in the hopes of raking in more coin and hopefully a few more soccer moms for a few minutes.

Sure, I can applaud the league for giving many others and me an opportunity to take a pee break, but c’mon man, can’t they do better than this?

I’d settle for a country band – and that’s saying something.

Previous: Getting to Know: Hamilton Punks, The Maysides
Next: Greg Ginn of Black Flag Accused of Child Abuse