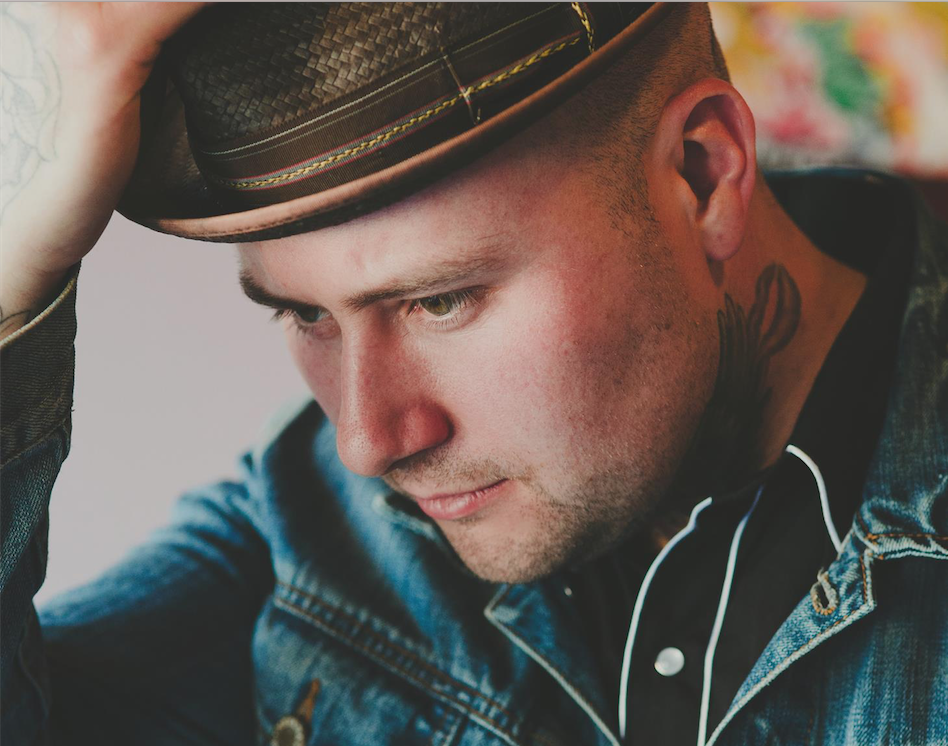 As Canadian Music Week (CMW) takes over Toronto this week, we catch up with a number of the festival performers. Here is Aaron Allen of folk-rock act, Aaron Allen & the Small City Saints, participating in the Riffyou.com CMW questionnaire. Click here to find out when they are playing.

“We look at it as an opportunity to get our music out there to a wider audience, but every show for us is the same. We’ve been doing this a long time now and just look at it as another show. No show we play is more important then the other.”

“I hope they don’t throw shit at us, that always sucks, haha! I would like their reaction to be ‘Wow, why have I never heard of this band before? This band rocks.’ Oh, and ‘This band is so great, I’m not even going to check if I can get all there music online for free – I think I’ll just go over to the merch table and buy all there records.”

“The best show I have ever played was probably five years ago at the Capitol Theatre in Chatham, Ontario. I was lucky enough to open for Joel Plaskett. I have always been a huge fan and this guy was a class act. I used to get excited when I would be on a bill with a bigger band, but then most of them would turn out to be total dicks. This was not the case that night. He is as nice as you would think he is. There was zero ego, just a cool dude. When we played, I looked over at the side of the stage and Joel and his band were watching us play. That was a great moment for me.”

“I’ve played a lot of shitty shows. I’d say it’s a toss up between these two shows: nine ago I played a gig where two guys were playing pool during our set and one guy told the other he sucked. I thought he said we sucked. I stopped playing and threatened to kick the shit to of them both. I mean, I went off. I had a tendency to over-react back then. There were a couple hundred people there and shit was real weird after my freak out. I haven’t played there since. The other show was when I opened for The Trews. I’m not sure what was up with them, but they were assholes so it really ruined the night. But look, at the first gig I told you about, I’m pretty sure I was a bigger asshole than all of The Trews put together.”

“The coolest thing on our merch table would be our vinyl release of Better Days. It’s real great that records are back because they sound way better than CD.”

“I got to go with the shower – I would find a shower everyday. I didn’t give a shit if it cost me $12 at a truck stop…I was showering everyday. Touring musicians grow accustom to being okay with smelling. Screw that. Take a shower you bums.”

“The worst touring habit was definitely drinking way too much. You have nothing to do most of the time so you might as well get really drunk. I did so much of that, I put down the bottle for good two years ago.”

“For 10 years I’ve played with a rotating line up. So, I guess your asking what is the nerdiest thing about me?  I’m super cool and I resent that question. Next question.”

“I would love to cover ‘Radio’ by Alkaline Trio, but my country fans probably wouldn’t appreciate me screaming ‘I’ve got a big fat fucking bone to pick.’ Who knows, maybe I’ll work on that one.”

“I am most proud of the new record. I had 13 great musicians play on it and, man, they make me sound good. I feel like this was the record I’ve always wanted to make. It just took over 10 years to get there. I look up to the people who I’m fortunate enough to play with now and I’m very thankful to have them with me.”