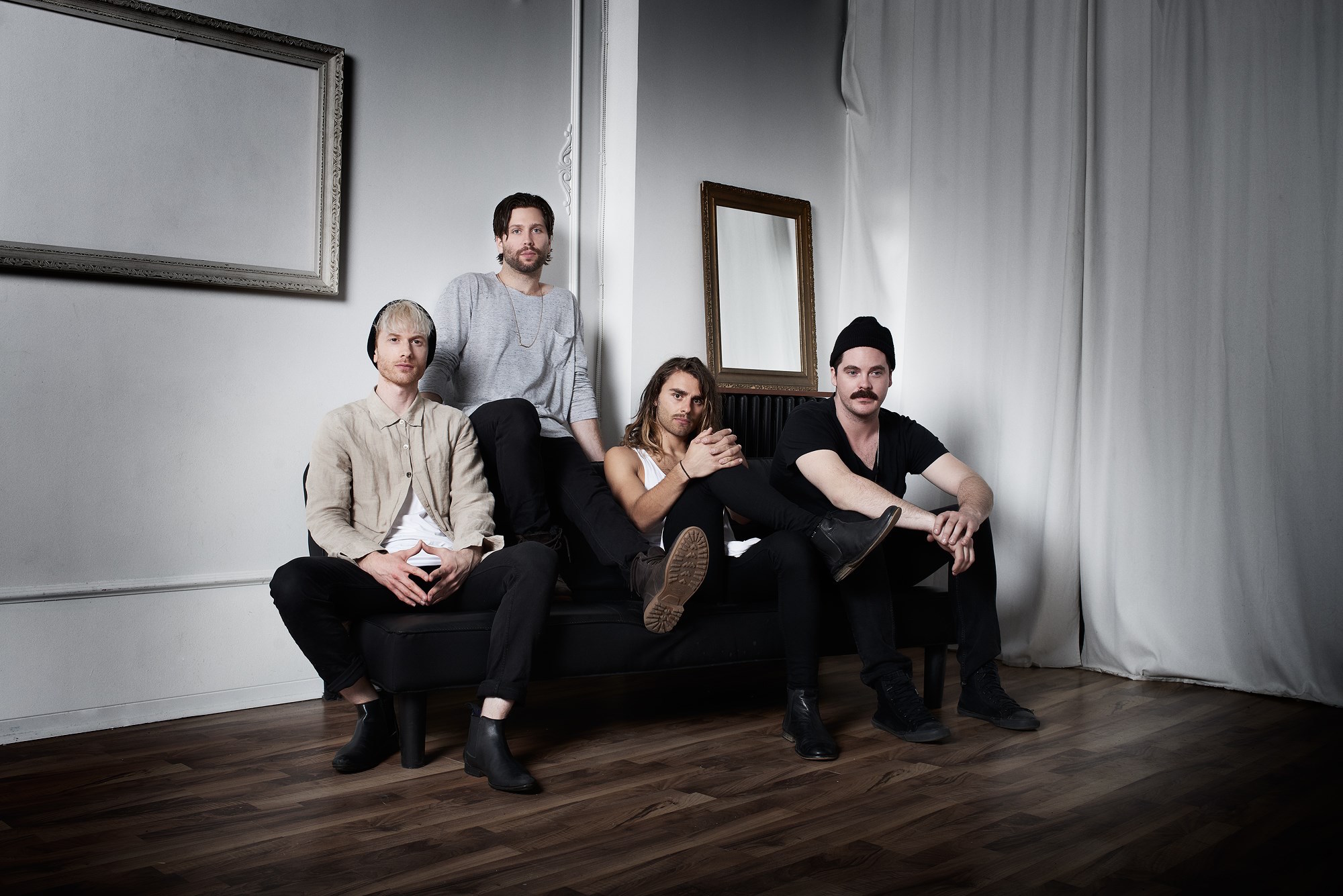 As Canadian Music Week (CMW) takes over Toronto this week, we catch up with a number of the festival performers. Here is, Matthew Barron of alt-pop/rock collective, Van Damsel, participating in the Riffyou.com CMW questionnaire. Click here to find out when the band is playing.

“Double cheese Sneaky Dee’s nachos after midnight and Caplansky’s for a late lunch the next day.”

“The Imperial Theatre in Vancouver with Tokyo Police Club. We are big fans of theirs and used to joke about playing with them when we first started out, so it was pretty amazing to make that come true.”

“Our worst show took place at a ski resort. We were explicit about being a loud rock band and they were seemingly cool with it. Or so we thought. Upon arrival we were segregated to a stage-less corner of a tiny restaurant/bar. We were immediately forced to turn down and ended up playing a super soft, rushed set replete with technical issues to practically no one. But hey, at least we got paid!”

“Sleeping in the worst conditions and deftly executing the baby-wipe shower is par-for-the-course on the road. A healthy and tasty home-cooked meal, however, is hard to come by. That’s something worth killing for. J/k we don’t do murder. Yet.”

“Our drummer is a hardcore otaku (aka fucking nerd) regarding Japanese culture. He even spent most of April in the land of the rising sun, though it’s not a big secret.”

“Having our moms liking, sharing, and commenting all over our social media.”