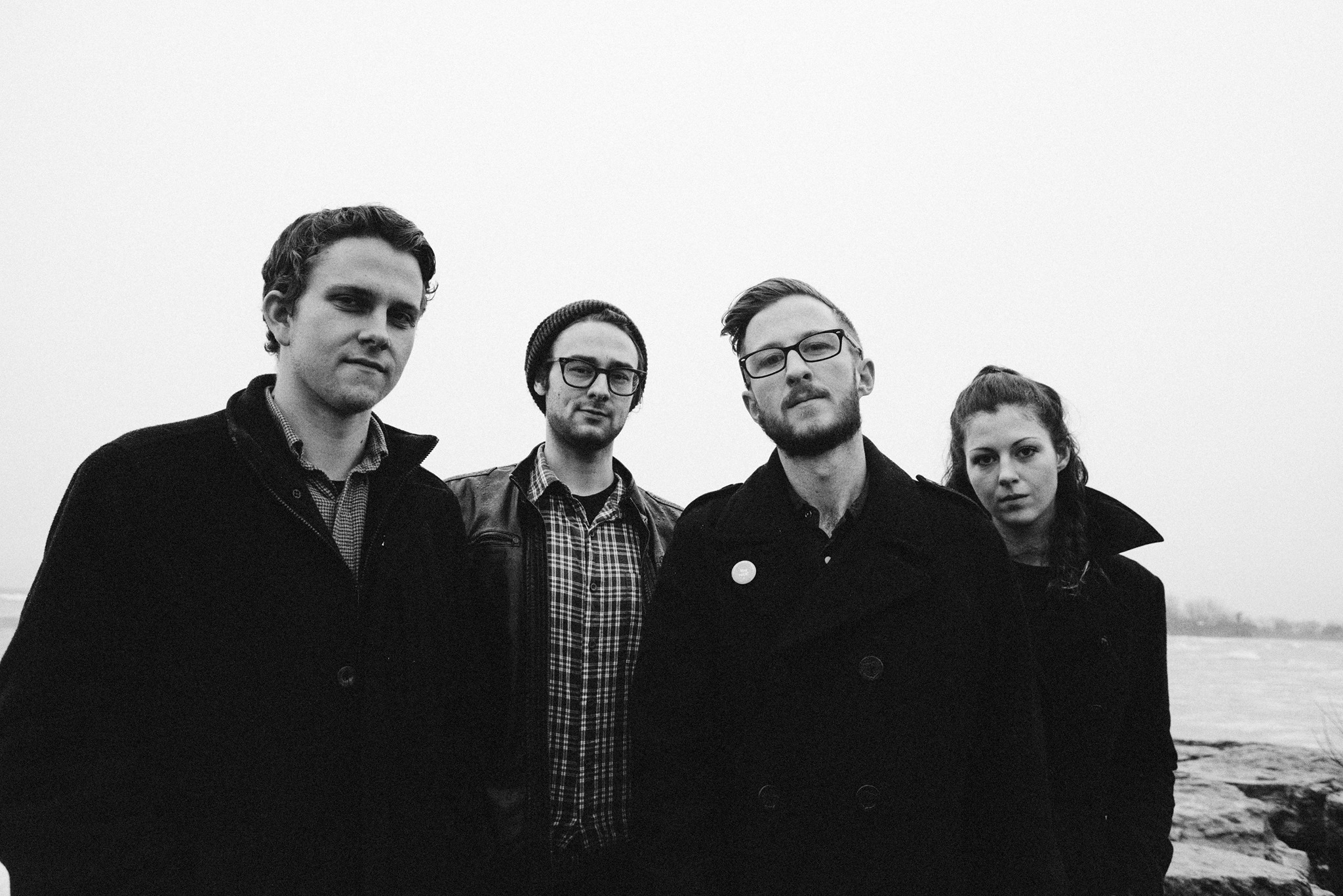 As Canadian Music Week (CMW) takes over Toronto this week, we catch up with a number of the festival performers. Here is Mike Bright and Rachel Bright of garage punk outfit Dead Broke participating in the Riffyou.com CMW questionnaire. Click here to find out when they are playing.

Rachel: “Soak up all the bands and meet new peeps. It’s cool to have so many bands in one place coming from all parts of the world.

Mike: “I’ll be spending my CMW in the low lit Dead Broke office awaiting our set at Comfort Zone.”

Mike: “I hope they get so overwhelmed by the vibrations of rock that they spit up the beer they just chugged in the parking lot and start trance dancing.”

Rachel: “We played a 4am last call set with Dilly Dally, No Joy and Pet Sun. After the few tequila shots and sleep deprivation kicked in, we hit the stage and my fingers were butter.”

Mike: “We’ve done a lot of cool shows. But, lets put New Dundee, Ontario on the map right now. We’ll be touring and can’t play there this year, but Andre and his fam have thrown down a mini fest of sorts for a number of years out in the middle of nowhere and there was never a dull moment. Shout out to the Larri shot, which included chewing coffee beans, inhaling vaporized alcohol and snorting Sambuca.”

Rachel: “The Hive in Kitchener. Smelled like piss and rotten seafood. Burn in hell!

Mike: “Birmingham, Alabama was pretty weird. The bartender was pissed drunk and could hardly speak. Oh, and there was this Jack Russell that sat up on a barstool all night – he thought he was people!”

Mike: “The cold-certified Coors Light someone just knocked over.”

Rachel: “I think the guys think I sleep too much.”

Mike: “She does, she never drives. I don’t think we have any actually. I’ll tweet you if we find anything.”

RY: “What is the nerdiest thing about your band that you usually try to keep secret?

Mike: If listening to Huey Lewis, Little River Band and Bruce Hornsby is nerdy, then that.”

Mike: “‘Tom Sawyer’ or ‘Red Barchetta’ by Rush. Ev, our drummer, would nail it. And you know what, I think I would too.”

Rachel: “Our hunger for danger. We love hitting the road and letting it hit back.”

Mike: “The fact that we are all confident in what we are doing and aren’t afraid to take risks. Hence my theory that we could cover Rush and your parents would love it.”