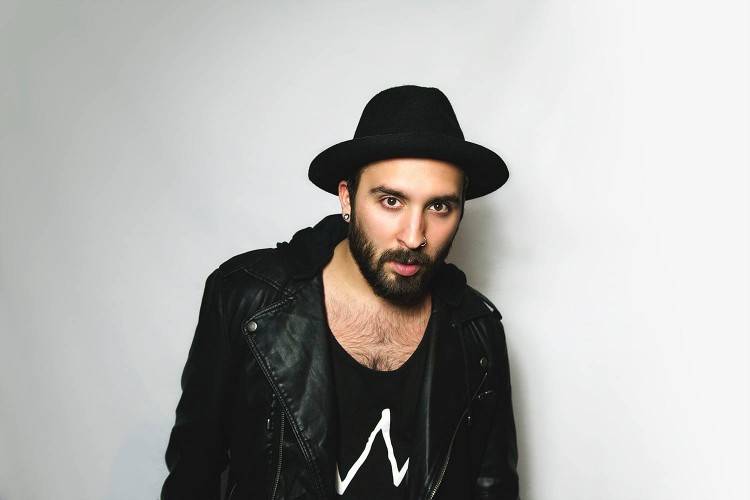 As Canadian Music Week (CMW) takes over Toronto this week, we catch up with a number of the festival performers. Here is singer-songwriter, producer Coleman Hell participating in the Riffyou.com CMW questionnaire. Click here to find out when he is playing.

“Coming home. I live in Toronto but I’ve been on tour pretty much since September. It will be nice to play some shows in my own city and see all my friends and watch their bands.”

“I try to live by the philosophy that my next show is always my best show. So technically my best show is the one at CMW that hasn’t even happened yet. That one was crazy. Justin Trudeau came on stage and we performed a cover of ‘Work.’ He sang the Drake parts and I was Rihanna.”

“The weirdest show I’ve ever played was in my hometown Thunder Bay. In the middle of my set my pants fell down. I was slightly intoxicated and apparently not wearing a belt. In an attempt to offset the humiliation my first instinct was to take off the rest of my clothes to make it seem intentional. I did not take into account that I still had to play another four songs, which I then did in only my underwear.”

“My merch is pretty standard right now but I do want to venture into some more obscure items. Coleman Hell beard clippings? Or I could just buy Coleman coolers from Canadian Tire, write “Hell” at the end with a Sharpie and sell those.”

“Definitely a homemade meal. The food options get pretty bleak on those long drives.”

“Everything about my music is pretty nerdy! I make all my songs with computers and synthesizers.”

“I just recently covered Petey Pablo’s ‘Raise Up’ in North Carolina. Not sure if I pulled that one off or not.”

“I think this past year in general. It was such a break out year for me. I played Canadian Music Week two years ago at a bar in front of 30 people, now I’m nominated for all these awards and I’m playing this big showcase, I’m proud of that.”