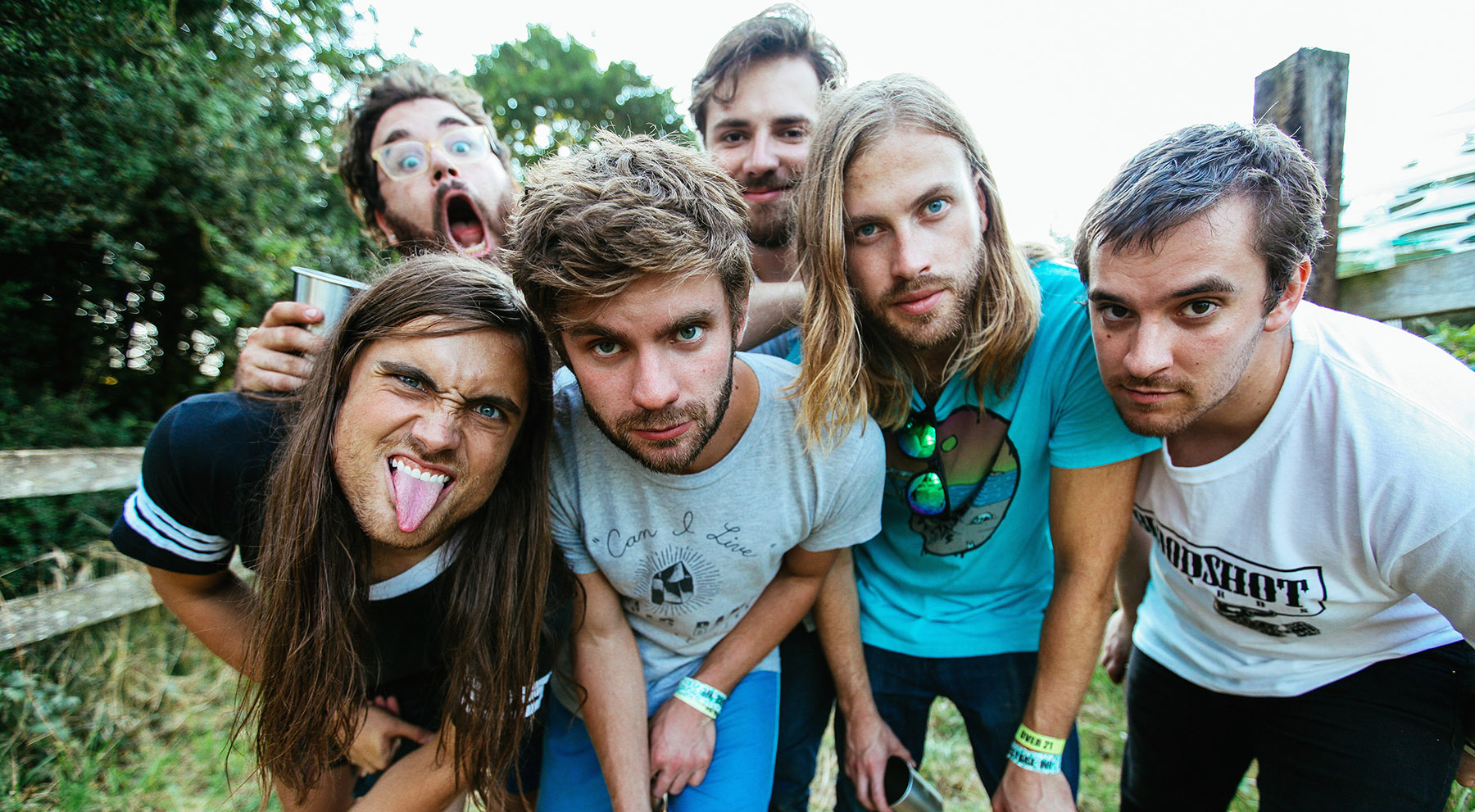 As Canadian Music Week (CMW) takes over Toronto this week, we catch up with a number of the festival performers. Here is Jordan Smith of garage punk outfit Diarrhea Planet participating in the Riffyou.com CMW questionnaire. Click here to find out when they are playing.

“Hopefully making new friends and playing for a lot of new people who have not seen Diarrhea Planet before! Canada has been very kind to us this past year and we are looking forward to hopefully seeing even more new faces at the show!”

“Tears of joy baby! Tears of joy accompanied by throwing their wallet onstage, Haha! “In all seriousness though, I think the reaction I most enjoy is the ‘I saw your band’s name and thought you would suck – now you are my favorite band and I have to tell my [insert random relative that would be offended by the word diarrhea i.e. grandma, mom, pastor] that my favorite band is called Diarrhea Planet.”

“Oh gosh, this is kind of a hard one to answer. I don’t think I have one specific show that I can say was the best, because there have been many that were incredible that I will remember forever. However, I have to say that every show we have ever played at Red 7 (which is now the Barracuda) in Austin, TX really sticks out in my mind. The crowds there are the most involved in the show than I have ever seen. Bowery Ballroom in NYC also really stands out as a place that crowds really are active in making the show crazy and super fun. Last time we played there, the entire room was one solid mosh pit. It was incredible to watch and at the same time, even a little scary. It was one of those shows that kind of leaves a mark on you as being something really special. And of course, our home venue the Exit In, in Nashville, is always an epic time as well! I have seen every single kind of stage diving and crowd surfing imaginable in that place. I have several images forever in my head of friends doing cannonballs and backflips into the crowd there. Absolutely nuts.”

“One time at SXSW we had to play a venue called The Parish Underground. The show itself was actually a lot of a fun and the crowd was awesome. What made it weird/terrible was the fact that it was a logistical nightmare. The stage was so small that we all had to stand sideways to even sort of fit on it. On top of having to stand in a weird position for the whole show, the bouncers met us outside before the show to warn us that they had heard of our band and how rowdy our shows were. They then basically gave us a bunch of warnings about what would happen to us if the show got too rowdy and that we had to keep people in the crowd calm – and crowd surfing [could only happen] in one area of the venue. It sounds like they were super mean, but they weren’t. It was just a small venue that didn’t have much space, so we all worked together and it worked great. Everyone crowd surfed basically down one little alley in the crowd and we all stood sideways onstage. It was weird as fuck but worked out much better than we thought it would. It was a very memorable show.”

“I’d like to roll all three of those into the same category: Choice. I miss the option of choice in all three of those. I miss choosing when I want to shower, what I want to eat and when I want to go to bed more than I miss all of those actual things. Travelling with a group means you have to give up a lot of the personal parts of your every day choices for the good of the group. After doing that for a month or two, you really start to miss being able to make your own decisions in regards to those things.”

“Sleeping. Getting adequate sleep, if any at all, a lot of nights. I don’t know if that constitutes a habit though, as a lot of times you don’t really have a choice. Outside of that, probably smoking too much grass or something. [Overall] I don’t think we have a lot of bad habits in the band.”

“We don’t really party. I mean, we all do occasionally, but we rarely stay out late getting wasted or having a wild time. We all generally go to bed after the show or go to the hotel and mellow out before bed. We have actually had people get upset because we don’t party hard enough. It’s just something we got out of our system in college. I think a lot of people expect us to be slamming beers, ripping gator tails, smoking joints and tripping balls after every show.”

“I still think it would be cool to cover ‘In Every Dream Home a Heartache’ by Roxy Music, but I don’t know if we could pull off the first half of the song. I feel like it would be too dramatic and it might be too deep of a cut to really have a ‘fun factor,’ like a more well known song would. If it tanked with the crowd, it would tank really hard.”

“Probably our work ethic and ability to record quickly on a small budget. We also rarely ever fight, which is unusual for bands.”