Dave Grohl Gives Injury Update: “It could have been a lot worse.” 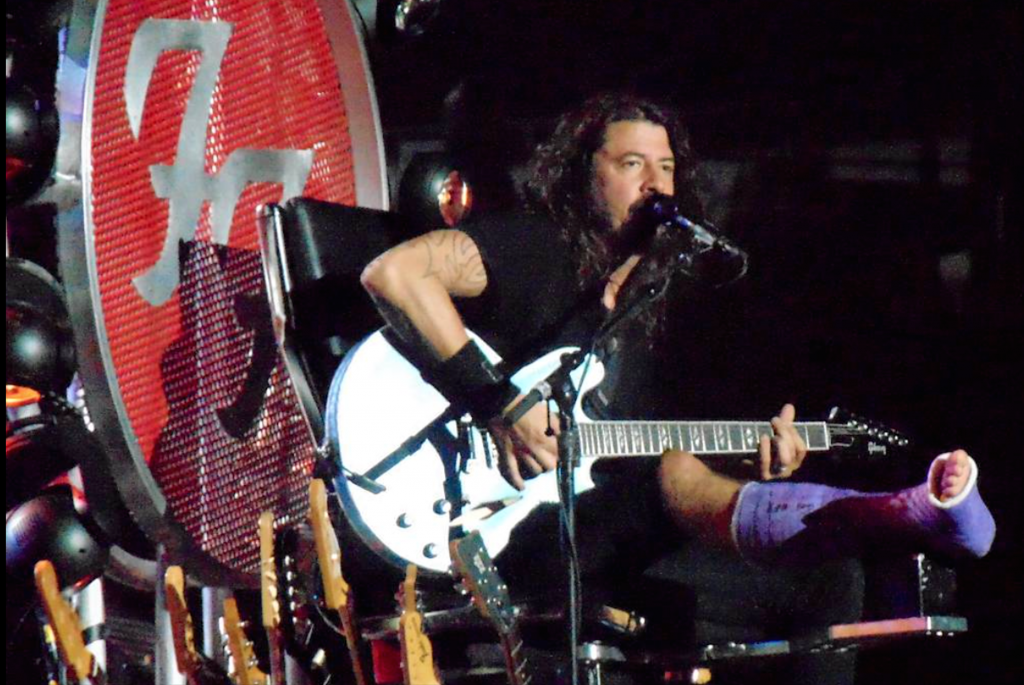 Grohl has provided an update on the injured leg that has forced Foo Fighters to adjust certain aspects of its current tour.

Speaking with Rolling Stone, Grohl said, “I could have done some real damage. “This is pretty gnarly, but it could have been a lot worse.”

When specifically discussing the injury (which happened after Grohl fell of a stage in Sweden), Grohl explained that, “I had a physical therapist tell me the other day that it was basically like my ankle got into a 40 mile per hour car crash. It’s not just like a sprained ankle; it’s like an ankle that got its ass kicked by Ronda Rousey. It’s just a matter of bringing it back to life, and I’ve always appreciated the challenges of life. I’m up for a challenge. I’ll fucking take it. And this is a big one, but I’m in it to win it.”

On the bright side, Grohl confirmed that his cast is off (he now relies on a walking boot), the swelling is going down and the pain is gone. The goal now is to “those kick-drum muscles back,” because he “Can’t fuckin’ lose those.”

Even with the injury, Grohl said it isn’t the shows that are hard to pull through – it’s the time offstage that proves to be more difficult than usual.

“The shows are the easiest part of my whole day,” offered Grohl. “The rest of the time, I’m hobbling around trying to brush my teeth and pack my bags and walk down the street and get a cup of coffee. The challenge is the other 21 hours of the day. But I’m good. I’m just taking it one day at a time.”