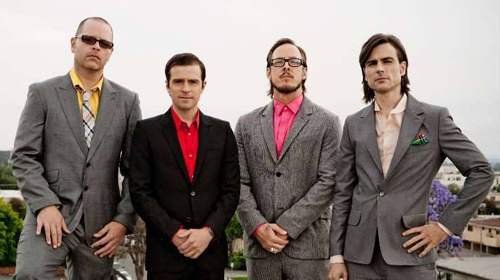 Question: What’s better than a Weezer concert? (If this was 2001, I’d say nothing, but given that it’s 13 years later, I’d say a lot of other things, but I digress.) Answer: A FREE Weezer Concert!

With Microsoft promoting their new store opening, (situated literally around the corner from the Apple Store inside the Square One Shopping Centre in Toronto) a free concert is the perfect way to get a young crowd talking, and excited enough to swing by to see the new store.

But there was a catch (there always is). Start lining up Friday at 10pm for a chance to get wristbands Saturday morning at 11am…then see the band play on Sunday at 2pm. Seems easy enough if you’re young, but with most of Weezer’s original fans way over the age of 30, no real adult with responsibilities has the time or energy to go through these types of hurdles.

It’s an ideal promotion for youths, but I think Microsoft overestimated the power of ‘90s nerd rock in an era where EDM dominates everything. Perhaps having a popular DJ, or a band who dominated the charts in 2013 (Arcade Fire perhaps?), it would have guaranteed that everyone and their grandmothers would have stood in line for a wristband, regardless of the obstacles.

After Riffyou.com informed me about this show, I was eager to go…then I read the rules. That’s when I cut my losses and figured there was no way I would ever make it the show.

I didn’t think much about the event again until Sunday morning. As I did a little retail therapy, I decided to pop by and see what the store was about. That’s when I caught two ladies at the front of it giving away wristbands. Curious, I went up to them, asked if they were for Weezer. The friendly lady said “They sure are! How many would you like?”

A little stunned, I asked for two, and she promptly gave me five and told me to tell my friends. She just couldn’t be more excited to get rid of this bag of wristbands!

A little taken back, I asked what time the show started. 2pm. It was 12:30pm, which meant I had to hustle. On a 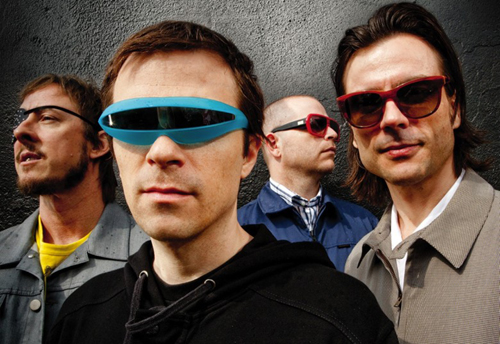 Sunday morning, finding anyone interested in making their way to Brampton’s Powerade Centre (which isn’t too long of a haul from the store), to enjoy this free jam isn’t easy.

After wrangling up a friend, we made it to the show at 2:15pm, and were told that Weezer just finished their first song, “Hash Pipe.” Excellent. As we made our way through, it was clear that Microsoft failed in their promotional launch with the band. There was maybe a little fewer than 1,000 people in the arena, but to be honest, it wasn’t bad.

Thinking back to the early days of Weezer concerts – after they chose to come out of retirement – I fondly remember the mosh pits; the pushing; the shoving; the extreme sweatiness; aggressive emo fists filled with teen angst pumping in the air; and all to nerdy songs of unrequited love. Thank god that wasn’t happening on this Sunday afternoon. With my shower bun and minimal makeup, I was in no mood to relive those days, but I sure loved singing along with everyone and rocking out in my spacious area…which is a rare luxury at concerts.

The crowd was a great mix of young and old, as a diverse mix of phones and gadgets hung in the air. There were smiles on most faces as Weezer played the radio friendly hits. Maybe it was the payout, or the fact that they were departing for their Weezer Cruise this week, but the band had great energy, considering the amount of empty space in the arena.

Rivers, known for his quiet stage presence, was lively and interactive, and wailed some killer riffs during songs. He added a little extra ‘umph’ to many tracks, thus paying true homage to his heavy metal roots. No new songs were played, but, to be honest, I’m not sure the crowd really minded.

Though Rivers is the primary singer, he let all other members take lead vocals during various songs throughout the set. At one point, he and Pat (Wilson, drummer) even traded places, with Rivers jumping behind the drums and Pat taking lead on (for a song I can’t remember right now). This would lead into their version of Blur’s “Song 2.” This proved to be a great surprise for the kids itching to body surf.

In the end, they played for a little over an hour and a half, finishing off with “Undone (The Sweater Song)” and “Buddy Holly.”