Warning: A non-numeric value encountered in /home/riffyo5/public_html/wp-content/plugins/color-scheme-every-theme/classes/Options.class.php on line 108
 Riff Redux: Henry Rollins Takes Us Behind His Curtain - Riffyou.com

Riff Redux: Henry Rollins Takes Us Behind His Curtain 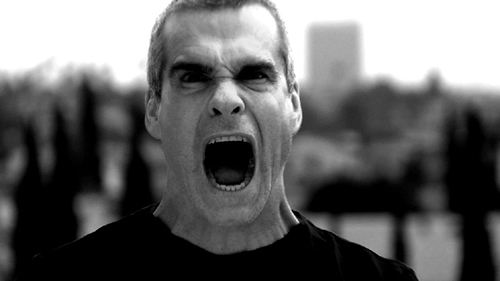 By the time I got on the phone with punk rock icon Henry Rollins in 2008, America was tumbling quickly toward election season. Barack Obama wasn’t yet the official candidate of choice for the Democratic Party, and the country was coming to terms with the eight – arguably tumultuous – years in which the George W. Bush government occupied the White House.

During this period, Rollins was touring the world as a spoken word artist, with the ‘State of America’ very much a hot topic within his performances. As we jumped into a discussion about US politics, something very interesting soon happened – Rollins opened right up about his very private, simple, yet strict, and workaholic lifestyle. As someone who exudes an intense stage presence regardless of the discipline, it became intriguing to be given a glimpse into a very different side of Henry Rollins.

Here is an excerpt from our conversation:

AG: When did you realize that you had that ability to vocally connect with people onstage?

Henry: “I always wanted to be on stage. As a kid I was weird around people, but on stage I felt very free – and that’s not a unique sentiment. I’m sure you’ve heard people say that they find themselves onstage and that’s definitely the case for me. I’ve been having that since I was in my teenage years, and it gets worse with age.” [Laughs]

AG: With that said, do you ever look at yourself and wonder how or why the stage made you transform into a different person?

Henry: “You can be louder than life – you can be the heightened version of yourself that is screaming in your mind. You can be ten feet tall; you can tell the story; you can make a lot of noise; and you can be that thing that is going at the right speed. Where to me, if I’m not on tour, I really feel that life is passing me by. When I’m on tour, I really feel like I am living at the speed of life – like I’m doing it right. The first day my bus pulled up (for this tour), I walked onto the bus and went, ‘Okay, it’s started, we’re on, let’s go to work.’  I love this life out here.”

AG: Is it tough to be at home when you prefer touring so much?

Henry: “Yeah, for me it is. When I was younger, I didn’t mind the house so much. Now that I’m older, after a few days I get depressed – and I’ve got it nice where I live. I live way below my means, but I’m a single guy who doesn’t need much. I’ve got some records to listen to, some books to read, and a TV I can watch some films on. There is really nothing in my house – there’s a couch and table – there’s not much to it, because I’m not a fancy guy.

“When I’m there for the first few days it is fun because I have a middle-aged man Christmas or Birthday party whenever I come home – it’s the eBay and Amazon.com packages sitting in a little box. You get to open up all of the 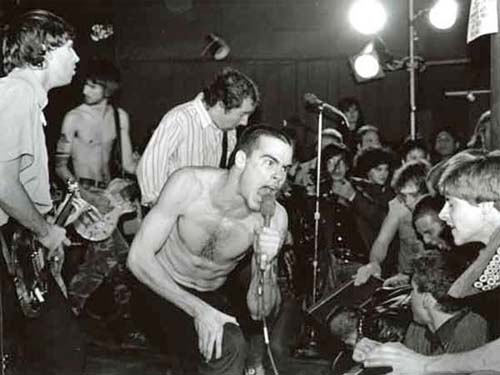 “The only thing that punctuates that week for me in Los Angeles is when I go and do my radio show, because I’m live, on the air and it is fun.  I’ve got two hours and it only feels like 45 minutes.  Then I come home and go, ‘Okay, well, now back to the office,’ then I wait for the tour to start.”

AG: Are people surprised about how simple your home life is?

Henry: “I don’t know many people – not many people come over to my place. Most of the people that I know I either pay a salary or commission to. My phone doesn’t ring on the weekends. I work a lot – my computer keyboard and my notepad knows me and my staff knows me, but I don’t really hang out. So, I don’t know who would think what of me.  When you see me on the street, you’d think, ‘oh my goodness, that guy hasn’t bought clothes for 80 years.’  I try to spend less than an hour a year buying clothes.

“There’s a Supply Sergeant (store) down the street where they have Levi’s, Dickies, army pants…all that kind of stuff. I go in there and it’s a place where a guy can just point and go, ‘I’ll put that one on and that one on, oh, they fit?  I guess I’m done shopping for this year.’ I wear them until they fall off and then I go and buy them again. I give myself a haircut every four weeks with a number two clipper – I’ve had the clippers since ’86.  The simple life is easiest for me.”

AG: Yeah, buying clothes once a year helps you save money unlike other celebrities who buy that stuff probably every day.

Henry: “I don’t really think about the money – I just try to keep myself on a tight leash.  When you’re young and you’re starving in your van, you’re pure by default because you don’t have any wiggle room to luxuriate. You get older, you get a few bucks in the bank, and you can afford to sit on your ass – quite often, that’s where people lose the plot.  They lose the will to fight – that thing that got them to the nice paycheque ruins them, because they realize that they’ve reached some kind of plateau or summit.

“So, what I’ve done over the years to keep myself frantic is I over-work. I do more shows and more stuff than I used to, and I say ‘Yes’ to a lot of things. I wake up every day and try and work vigorously, that’s what I do.”

AG: Basically that mentality has a lot to do with your musical career?

Henry: Being raised up by Black Flag, you work very hard. Greg [Ginn] worked very hard and I learned a lot from that. Also, on my own before I was in the band, I worked very hard – both my parents [worked hard] and that rubbed off on 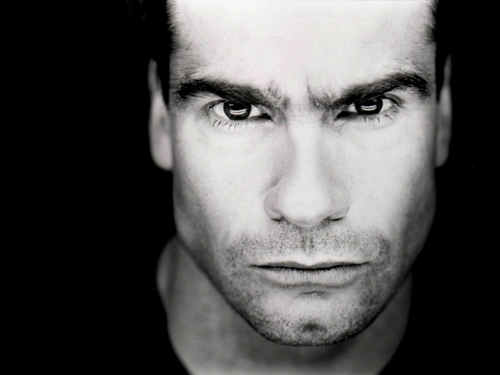 me big time. That’s the way I know how to tour and do all of this stuff – I learned most of it from Black Flag and minimum wage work. You work and at the end of the day you got a $20 bill in your hand, so you really learned where money comes from – it’s not from nothing and you do your best to hold onto it because it didn’t come for free. Your back hurts and your feet hurt from making it.

“Mainly, I think the artistic types should work vigorously – that’s what you should do.  That’s the goal; you should work your ass off. I’m not telling people what to do, but for me, that’s how I like to do it.”

AG: I’m sure with being so busy you don’t have a lot of time to look back at what you’ve achieved…

AG: On some kind of level – based on everything you’ve done – do you ever wonder what people are going to look at in terms of the work you leave behind?

Henry: “No, no. Believe it or not, not at all – I just figure, once I’m gone, put the ashes in a bin and get on with the next thing. Life is for the living.

“I have a thing on my computer called ‘The List.’ Whenever I put out a book, or do a movie, I write down that thing with the year next to it, under the appropriate category.  That list…the only time I look at it is when something else comes out and it’s pretty insane [laughs]. I look at it, and go, ‘I’m a maniac – that’s it; I’m just a maniac.’”