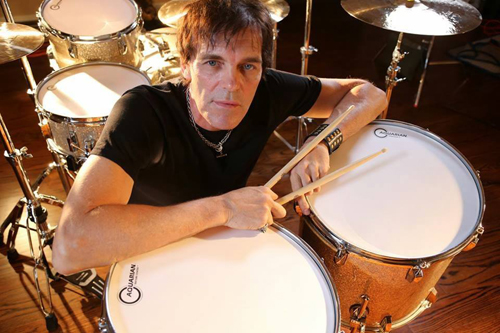 Like a gang, once you’re a member of the Ramones, you’re always a member of the Ramones. During a near five-year run as the legendary punk band’s drummer, Richie Ramone performed on three studio albums (Too Tough to Die, Animal Boy, and Halfway to Sanity); wrote the hit “Somebody Put Something in My Drink”; and played roughly 500 shows with the band.

Although he is now nearly 30 years removed from the Ramones, the memories remain, as does his interest in making punk rock. Last year saw the release of Richie’s first solo album, Entitled, a cranked-up affair that harkens back to his musical roots.

Ahead of his February 21 performance at Hamilton, ON’s This Ain’t Hollywood, we caught up with Richie to discuss the new album, as well as his amazing friendship with Joey Ramone; feuds within the band; why he chose to leave it; and the idea of carrying on the Ramones legacy.

Here is part one of our two-part interview with Richie Ramone:

RY: Congratulations on releasing Entitled! How are you feeling about it?

Richie: “I’m loving it – it’s going very well. The crowds are great – they enjoy the record; enjoy the live show. You can’t really ask for anything more than that. The album came out the way I wanted it to sound. We’re having a blast! I haven’t toured North America in like 20 years.”

RY: Obviously you’ve worked on a number of musical projects since your time in the Ramones, but why was now the right time to release your first solo album?

Richie: “I have no idea; your guess is as good as mine. I don’t really plan things. I came back and did a Joey Ramone bash in 2006 in New York City, then I did some orchestra work with Suite for Drums Orchestra, which was based on West Side Story. [After that] I started writing and stuff started flowing. I really don’t know the answer, or why I didn’t do it 10 years ago. Maybe I wasn’t ready 10 years ago.”

RY: We know that Ramones fans remain dedicated to members when they go out and do their own things. What have you heard back from the diehard Ramones people about the shows or the album itself?

Richie: “I have heard some good stuff. That’s the fun thing about Facebook and all those types of things. The music’s more accessible and fans write to you and tell you what they like.”

RY: It’s interesting with that social media stuff, because now that’s opening bands up to their fans. 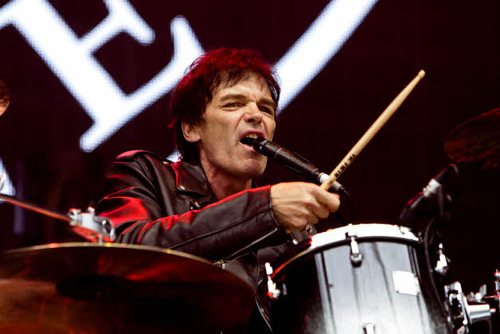 Perhaps how it was like in the early days of the Ramones?

Richie: “I don’t necessary [think it was like that] when the Ramones were there. What I like is that everybody is exposed. When I finish the show, I come out and greet all of the kids – sign all of their stuff, take pictures, and shake hands. For me, that’s what it’s all about. It’s not like the ‘80s where you’re living in a bubble behind the glass wall. You had to stay in. It’s not that time anymore…which was so mysterious, because you’d go running away after the show.”

RY: When you came into the Ramones, what was the state of the band like?

Richie: “It was a little rocky, a little tense. They just threw out Marky for being an alcoholic. At the time, I was the new blood and whenever you get someone new, people tend to be on a little bit better behaviour. You know what I’m saying? [Laughs] That made everything smoother…having a kid from New Jersey come into the band kind of helped – united the group in a way. We made a great album – Too Tough to Die – killer album. I’ve also read [nice] things that Joey said.”

RY: I was going to ask you about that. When you hear things like Joey saying that you saved the Ramones, was that something that you sensed happening at the time, or a great compliment to hear down the road?

Richie: “When you’re in the moment, you don’t sense any of that stuff – that’s what’s kind of strange. I mean, I was in the moment and touring and not really thinking about it until later. I wasn’t sensing that, but Joey was extremely supportive; he used my talents; he pushed me to write more; he pushed me to sing more live; and he was very secure in his own skin. He didn’t feel threatened by anyone. A lot of lead singers don’t want you to outshine them, or any of that nonsense. But Joey was great like that, and so was Dee Dee.”

RY: On a creative level, how different was it working with Joey, as opposed to Johnny who was known as a pretty controlling figure within the band?

Richie: “I didn’t write music with John. But, he was more of the business guy and controlling, and all of those other good adjectives that go with that. It was totally different. Joey and I hung out. I was in the band for four years, 10 months, and we were together every night. If we weren’t on tour and in New York City, we’d hang out and go out every night. We were really, really close.”

RY: People have their visions of Joey, but with all that time you spent with him, what did you see out of him that not many people would’ve?

Richie: “Oh god, he was a great mind, and a real solid friend. His freakish look…people may have read more into it, but he was just a regular guy. When I was hanging with him, I’d take him bowling, or we’d go for a swim. He couldn’t really leave his house by himself, because he was too recognizable in the East Village of New York. So I would get a car, and 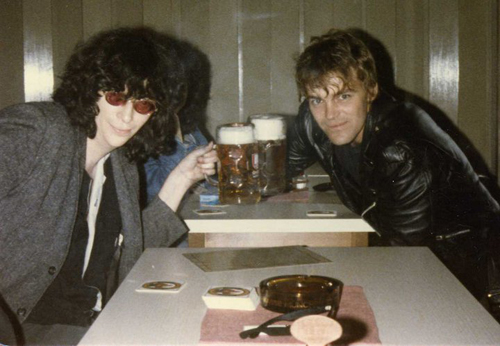 I’d drive…we’d go to places, or out to parents’ horse farm. We did different things and he enjoyed that…instead of getting bombarded by fans whenever he left his condo. He was just an extremely talented guy with perfect pitch, who just loved music and loved to help kids by listening to their music too. I keep thinking now with this Internet radio stuff…God, he’d have his own station from his house right now. He’d love that!”

RY: Even though you tried not to pay attention to that stuff, was it tough as the new guy to see all that going on and try to navigate within it?

For Richie’s answer to that and further insight into life his time with the Ramones, come back Tuesday, February 18 for part two of this interview.

Previous: Riff Redux: Henry Rollins Takes Us Behind His Curtain
Next: Getting to Know: New Jersey Alt-Rockers, Morningside Lane