Getting to Know: Nashville Blues-Rockers, The Bloody Nerve

On the hump-day edition of Getting to Know, we have a splendid meet and greet with Nashville blues-rockers, The Bloody Nerve. If you are in an up and coming band that would like to partake in a Getting to Know feature, contact [email protected] to receive the questionnaire and instructions. Thanks! 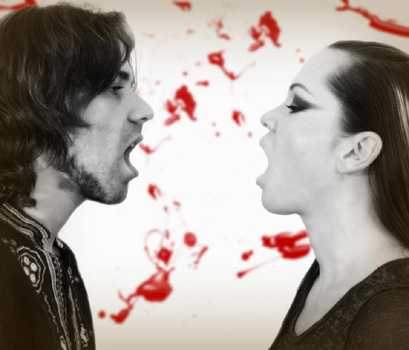 Who are you and what do you do?
Laurie Ann: “We are a rock n’ roll band that creates rock n’ roll music. It really is as simple as that.”

In 100 words or less, tell us how your band has gotten to this point:
Stacey Blood:  “Lots of listening, lots of studying, and practice.”

What is your latest release and how would you best describe it to someone who hasn’t heard your band?
Laurie Ann: “Two EPs – Red and Blue. We would describe them as equal parts rock n’ roll and blues revival, with a twist of gospel and a slight pinch of psychedelia.”

When making an album, which aspect of the process do you put the most time into and why?
Stacey Blood: “It has always been about the songs. Really good songs are what is lacking today and they are what people connect with in their lives. So we do our best to make really good songs, then we express those songs in our best efforts of grooviness.”

What is the best part about your band and why?
Laurie Ann: “Aviator sunglasses. The reasons why are obvious.”

What makes your band unique from the rest?
Laurie Ann: “We’d be embraced in any other decade. We don’t write and produce our songs to ‘fit in.’ Most bands give into the pressure of sounding just like everyone else. The Bloody Nerve does what it does no matter what anyone thinks of us, or how many ‘boxes’ we can’t be fit into.” 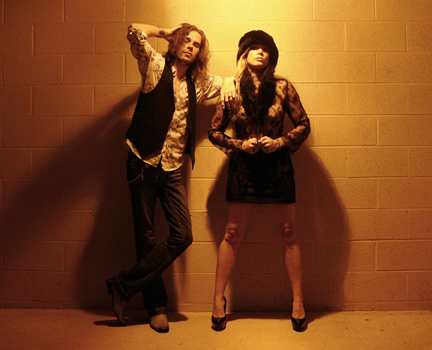 Would you rather be critically-acclaimed; rich and famous; or an under-the-radar band with a dedicated fan base?
Stacey Blood:  “Rich and famous, for sure. As John Lennon said, being rich just means you don’t have to worry about money, food, roof, etc. That leaves extra attention to art. You know Sgt. Pepper was written and recorded by a bunch of rich and famous guys?  An artist only romanticizes and embraces being poor and starving because that’s where he’s put. It is never his choice, unless he’s a fool.”

If you’d have to compare your band to another one out there, living or dead, who would it be and why?
Stacey Blood: “One publication recently said Leon Russell and the Shelter People. I thought that was pretty cool because we really dig Leon. Another one said Delaney And Bonnie. I’d take either one.”

Which band/musician would you like to share many drinks with? What would you talk about?
Stacey Blood: “Robert Johnson. It would be good post-prohibition era booze. I expect we’d pretty much talk about the booze…I mean blues.”

Previous: Foster the People Taking to the Road in April
Next: Don’t be a Dickhead: The Mahones’ Guide to Rock n’ Roll Survival