Getting to Know: UK Indie Rockers, The Walking Method

In today’s Getting to Know, we meet The Walking Method, a young UK indie rock collective that hopes to one day headline Glastonbury, Reading, and Leeds. If you are in an up and coming band that would like to partake in a Getting to Know feature, contact [email protected] to receive the questionnaire and instructions. Thanks! 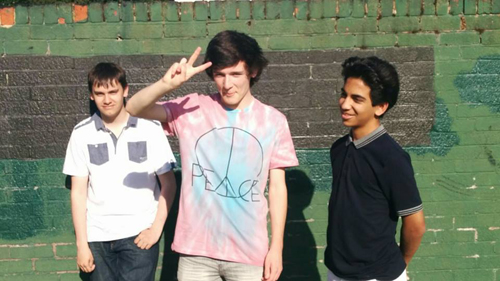 Who are you and what do you do?
“We’re an Indie Rock band from London called The Walking Method.”

In 100 words or less, tell us how your band has gotten to this point.
“We haven’t got that far at all yet, but so far we’ve released two singles on Youtube and Soundcloud, competed in a local Battle of the Bands competition, and built up a strong social media network. We’re also organising a few gigs for the rest of the year and planning an EP.”

What is your latest release and how would you best describe it to someone who hasn’t heard your band?
“Our latest release is a single called “Ghosts,” which is a slow, melodic indie pop tune. Hopefully more will hear about our band as the days go by!

When making an album, which aspect of the process do you put the most time into and why?
“We haven’t made an album as of yet, but in general we take every aspect of production as seriously as the other, because if we didn’t, then some aspects could be significantly worse than the others. For example, if we spent more time song writing than rehearsing, then our live performances would be nowhere near as good and our fans wouldn’t enjoy coming to see us.”

What is the best part about your band and why?
“We think that the best part has to be the chemistry we have between us while playing, because that just makes it even more enjoyable.”

What makes your band unique from the rest?
“Other bands are nowhere near as young as us, which can be quite challenging. We’re also more dedicated to our social media than some other bands.”

How does your band survive the challenges of touring/gigging?
“We haven’t excessively gigged or toured yet, so we don’t necessarily have any experiences of the challenges that bands may face during touring. But, we definitely think we’re ready for it. We haven’t experienced any problems gigging yet, except for maybe a few small nerves.”

Would you rather be critically-acclaimed; rich and famous; or an under-the-radar band with a dedicated fan base?
“We’d prefer to be critically acclaimed, and rich and famous, because then it would be easier for us to fulfill our dream of headlining major festivals like Glastonbury, Reading, and Leeds. However, we’d love the dedicated fan base as well!”

If you’d have to compare your band to another one out there, living or dead, who would it be and why?
“‘Compare’ isn’t really a great word, but the band that our style is probably most similar to would be The Libertines. They are absolutely huge and we definitely aspire to be as big as them one day.”

Which band/musician would you like to share many drinks with? What would you talk about?
“If we could say someone that wasn’t alive, then we’d probably have to go for Elvis Presley because he really was the king. But, if the subject(s) had to be alive, then it’d probably be Owl City or The Vaccines… they seem alright people.”