Riot Fest is taking over Toronto for a second straight year, and we would like to give you and a friend the chance to get on the General 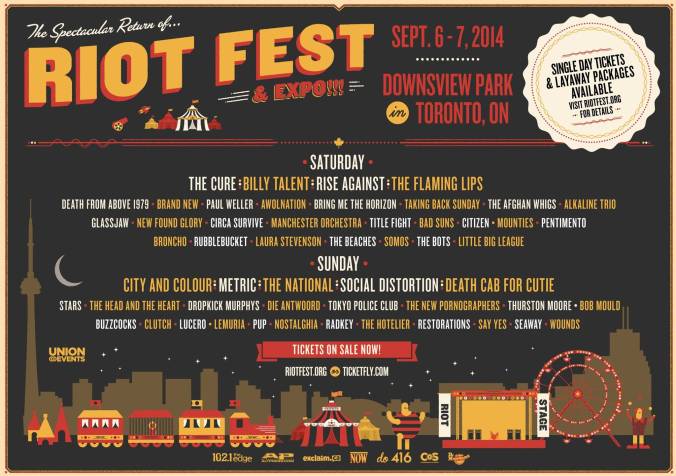 All you have to do is, follow us on Twitter @riffyou or at Facebook.com/riffyou, and tell us which Riot Fest band you would start a riot to see. Please use #riffyouriot to ensure that we see your entry.

Riot Fest Toronto will be held from September 6-7 at Downsview Park. The lineup includes:

Previous: Q&A: Kid Koala on Arcade Fire Tour & his Art of DJ-ing
Next: Getting to Know: UK Indie Rockers, The Walking Method