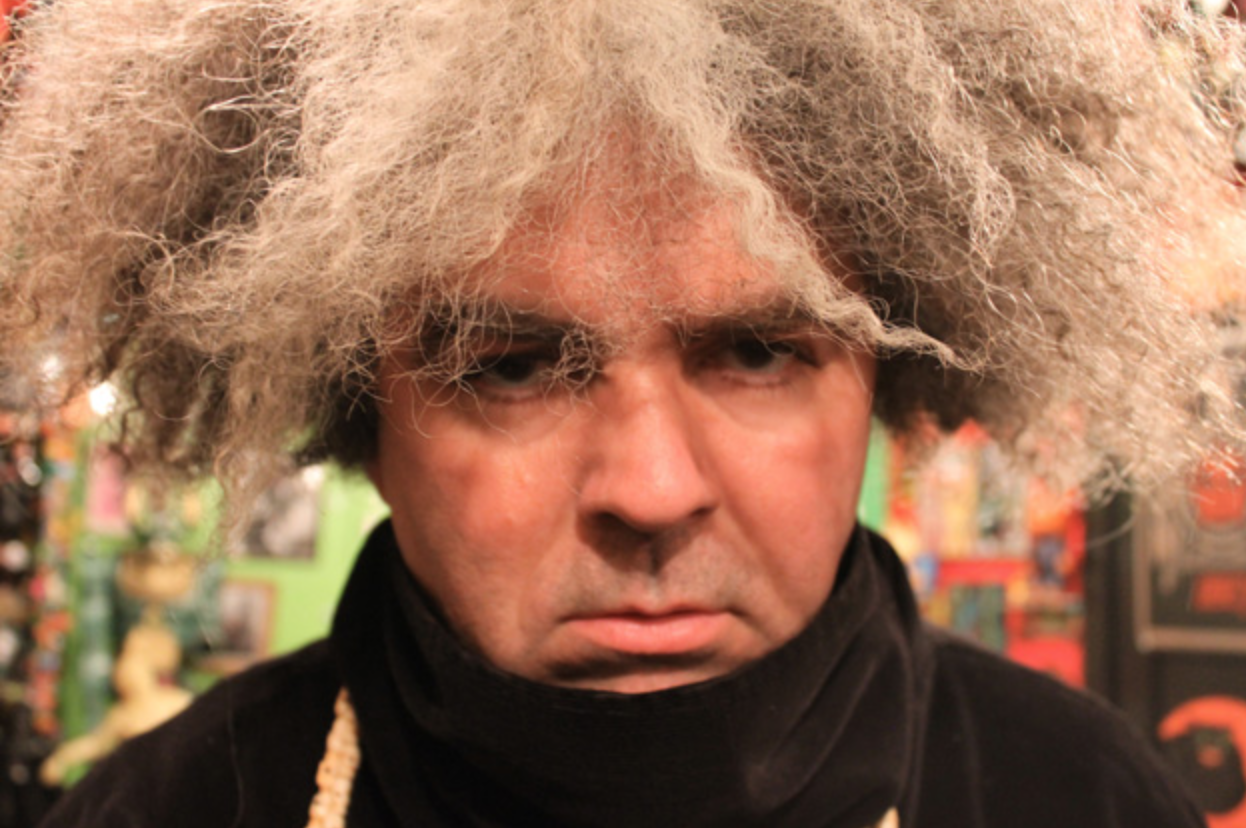 Riffyou.com‘s Interview of the Year also counts as our Luckiest Moment of the Year.

On an early June afternoon, we were scheduled to chat with outspoken Melvins leader Buzz Osborne before his band was to set forth on its latest tour. But as happens sometimes with interviewing rockers, our call went to voicemail. No problem. We rescheduled the interview for the following week.

Then, a funny thing happened. Osborne – who was a close friend of fallen Nirvana leader Kurt Cobain – had his scathing review about the Kurt Cobain: Montage of Heck documentary published.

To paraphrase, he thought the film was shitty and filled with lies. Of course, because of the Cobain angle, publications around the globe picked up on Osborne’s review and the story spread crazily across the web. This was on a Saturday, while our rescheduled interview was to happen on the Monday.

Osborne was very pleasant and thoughtful as we warmed up to each other. But, the tough Cobain questions had to come. When they did, Osborne didn’t hold back. You could hear the anger in his voice. He wasn’t pissed at Riffyou.com, he was clearly still pissed about the film and the death that led to it.

After racing to the computer and sharing this interview immediately with our readers, a funny thing happened over the coming days: our interview with Osborne would go worldwide, thanks to it being sourced and picked up on by the likes of Rolling Stone, SPIN, NME and numerous others. As a result, our viewership spiked significantly and we were scared that Riffyou.com would crash. Fortunately, the rock n’ roll Gods stood by us and we stayed online.

It’s not often where an interview you had or a story you wrote gets as much attention as this one did. In a landslide, our Interview of the Year was with Buzz Osborne.

In case you missed it the first time, do enjoy it now:

RY: What prompted your Montage of Heck article for The Talk House?

Buzz: “I was asked to review it. I never would’ve watched it otherwise.”

RY: Were you surprised by how far off you saw the film to be?

Buzz: “I wasn’t surprised. I’m never surprised, because generally speaking [Cobain’s story] has never been right. It never has been in the past…I would’ve been surprised if it were right on.”

RY: When writing the review, how much of it was about standing up for a friend that isn’t around to defend himself?

Buzz: “Yes. That’s it, 100%. I don’t understand how anyone could see it another way. If they want to argue and say that I’m wrong, then okay, I’ll play their game. Would they feel better if Kurt Cobain did ‘fuck a fat retard.’ Do they feel better now? Do they feel better if he actually was suicidal? That makes you feel better? None of that’s true. I don’t think that’s a good legacy for him to have out there…I know it’s not true. It’s that simple.”

RY: I think a lot of people tried to trick themselves into believing that everything – or a lot of what they’ve seen about Cobain from that movie – was going to be true because it was fully authorized and featured family members.

Buzz: “If they want to take her (Courtney Love’s) word for things, then go ahead. Do you feel better? Then everything she says is the golden rule. Absolutely. That’s got to be honest, no problem. That’s fine by me. If that makes them feel better, it’s fine by me.

“I just don’t understand how anybody could possibly defend her…if they want to defend her or take the side of the film maker, go ahead. How is that my fault? How am I to blame for that? Like I said in my article: ‘Facts don’t make any difference. What matters is what people believe.’ The ‘truth’ about [Cobain’s] situation has always been false. So there you go…utter fabrication. That’s never not been the case.”

RY: I take it that you were never asked to be a part of Montage of Heck?

Buzz: “No. But, I don’t care about that. That’s not my problem. My problem with the whole thing is that they decided to do a documentary and put it out there like it’s true. Well, there are some people out here who don’t believe that. And I am one of them. And I have reason not to believe it.

RY: Leading up to the movie’s release, its director Brett Morgen said “audiences for the first time are going to meet Kurt Cobain.”

Buzz: “Well, that’s a good try…as far as he knows. Look, who would know better [about Cobain]? Me or him?”

Buzz: “There you go. Who would you put your money on? I have no reason to disagree [with the film]…no reason. I gain nothing from this. I gain absolutely nothing from being honest about
this. What do I gain? [Morgen’s] the one who is gaining, not me. If he believes [the stories], I don’t care, that’s fine with me…he can do that. But, I don’t have to go along with that.

“One of the biggest problems I’ve had with this scenario is that I am not really rich. If I was really rich, the respect with that would come…people would believe me more. Because I’m not, they don’t believe me. So be it. That’s 100% the truth. If people think I am gaining something from this, they’re out of their minds. I got asked to review it, so I reviewed it. I reviewed it as honestly as I could…as a review. I happen to know a lot of the stuff [shared in the movie] isn’t true. If people want to believe it and think he was capable of doing all those things, that’s their problem. But, I am not going along with it.”

RY: Even though Kurt was your friend, you haven’t always been quick to defend what happened to him. Do you think you defending him here is what has taken some people aback?

Buzz: “Look, and I said this in the review as well: I don’t have many happy memories of [that era]…why would I? Why would I?”

RY: I don’t know if it matters to you or not, but do you foresee a time that people get past the stories of Kurt Cobain and choose to instead focus solely on his albums?

Buzz: “I don’t know, who cares? People will believe whatever they want.”

Previous: Eagles of Death Metal Returning to Paris in February
Next: Rocker of the Year: Dave Grohl