Warning: A non-numeric value encountered in /home/riffyo5/public_html/wp-content/plugins/color-scheme-every-theme/classes/Options.class.php on line 108
 Rocker of the Year: Dave Grohl - Riffyou.com

Rocker of the Year: Dave Grohl 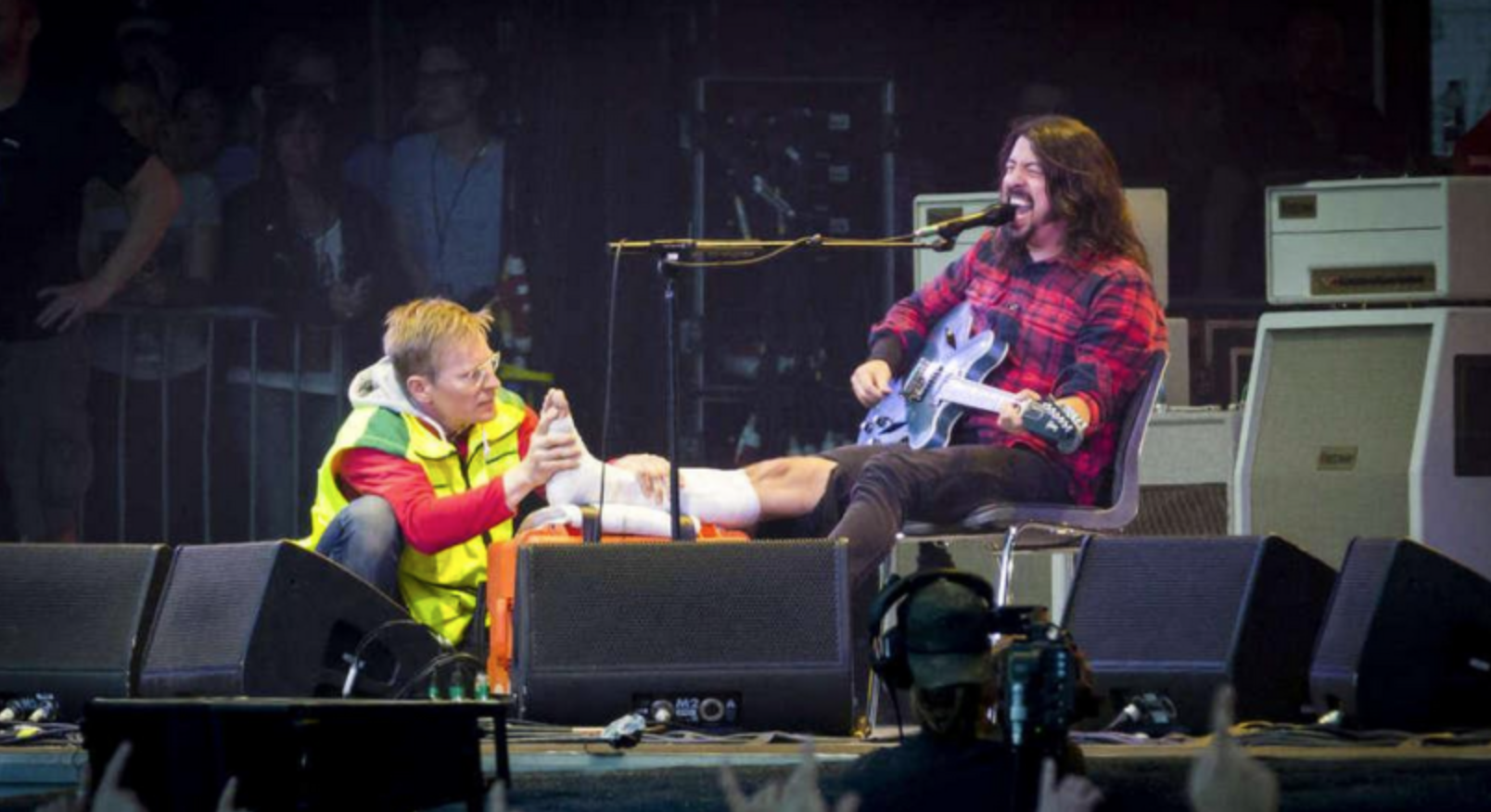 We don’t need to give you a list of every single surprise guest Foo Fighters played with in 2015, which songs Dave Grohl asked fans to perform with the band in concert, or the number of times he appeared in the headlines for doing or saying something awesome.

What makes Grohl Riffyou.com‘s Rocker of the Year, is one thing and one thing only: his broken fucking leg. And the relentless touring that continued after that injury was sustained following a stage fall in Sweden. Hell, he even finished that show before knowing the true extent of physical damage he sustained.

Yes, the injury would force Foo Fighters to cancel a small number of European dates immediately afterward, including the band’s much-anticipated headlining appearance at Glastonbury. Despite his bad-assery, Grohl is still human and needed some time for his substantial wound to mend.

When Foo Fighters didn’t cancel its 20th anniversary concert at RFK Stadium in Washington on July 4 (even though Grohl was still very injured from the previous month’s accident), many wondered what the hell would happen.

What wound up happening was Grohl taking over the stage in a custom-made throne of rock, complete with guitar parts, a cushioned seat, leg rest, bright lighting and the classic Foo Fighters logo. For about a day, the Internet and music fans alike had to take time to collect themselves. Nobody could’ve seen a throne of rock coming. But Grohl envisioned it while high on pain pills and the Foo Fighters crew made it happen.
For months, Grohl would play his heart out from the throne as his leg continued to heal. If you were to believe the reviews, a seated Grohl was still just as engaging and enthusiastic in concert on his ass, as he is on his feet.

Thus, a new precedent was set. From July 4, 2015 onward, rockers with sprains, food poisoning, bone bruises, fevers or a real terrible hangover can no longer bow out of a show. Grohl couldn’t walk, yet he still managed to rock. If that doesn’t inspire a fellow artist to play through the pain and keep a commitment to fans, then that artist should go into hiding and let someone more inspired fill the vacancy.