Warning: A non-numeric value encountered in /home/riffyo5/public_html/wp-content/plugins/color-scheme-every-theme/classes/Options.class.php on line 108
 An Open Letter to Eagles of Death Metal's Jesse Hughes - Riffyou.com

An Open Letter to Eagles of Death Metal’s Jesse Hughes 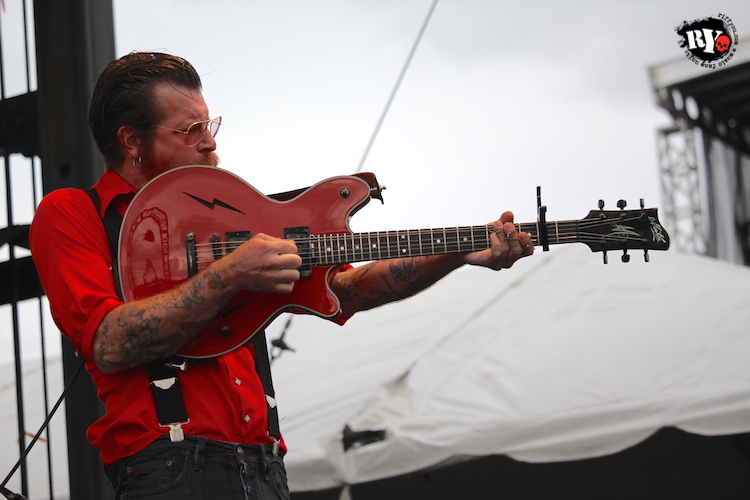 Dear Jesse, during both of our trips through the rock n’ roll universe, we have sat down and spoken on two occasions. The conversations occurred nearly 10 years apart, but after both I’d always raved about how you’re one of the truest, funniest and sincerest rockers I’ve ever sat beside. When terrorists targeted your concert at the Bataclan last year, I felt crushed from a distance – having met someone that had to go through something so heinous affected me deeply.

Since then, you have rightfully so received a large amount of support and kindness from various sections of society, likely even those who thought Eagles of Death Metal were an actual metal band during the time of the Bataclan attack. Additionally, you have used the platform provided by such an incident to spread messages of love, hope and unity, all the while not forgetting about those who lost lives and loved ones at your show.

But, of late, you’ve begun to move down a strange path. You’ve targeted gun control as a reason why that night at the Bataclan went the way it did. You’ve also suggested that Bataclan security guards may have had an awareness of, or involvement in, the attack at the venue. Of course, those at the Batalcan have reacted defensively to such an accusation.

Jesse, we sympathize greatly with what you went through in Paris and the subsequent post traumatic stress you’re likely still experiencing from it. You take to big stages, with big lights and excidable fans in front of you, but beneath all of that you are human. Like the rest of us humans, understanding and moving on from such a tragic circumstance is damn tough and can result in missteps throughout the healing process. We understand that the Bataclan night will likely never leave your soul.

That said, Jesse, when you speak about venue conspiracies and liberal stupidity resulting in too much gun control and terrorists being able to declare open season on innocent civilians, you seem to be speaking more from an angle of paranoia than that of thoughtfulness.

Yes, preparedness is important and government/authorities should do all they can to prevent things like the Bataclan attack from happening. But, more guns in the hands of venue security or civilains won’t scare terrorists away. If there’s one thing we’ve learned about terrorists, it’s that they don’t fear death. If more people have guns, terrorists will regroup and find a new method of violence to put across whatever bullshit message is trying to be communicated.

Additionally, putting more guns in the hands of more civilains will likely lead to more citizen-on-citizen shootings, than citizen-on-terrorist shootings. By no means am I saying we should let terrorists do what they’re going to do, but arming a bigger faction of society (and facilities) with weaponry is a recipe for many, many, many more consistent disasters.

Jesse, I feel for you, man. I wish you never had to experience that night in Paris. But at the same time, this is not the moment in which conspiracy theories and leaping feet-first into an in-your-face, pro-gun campaign needs to happen. There is lots of time for that.

Paris is still healing and so are you. Please just wait for the wounds to be a little more settled before you undo all of the goodness you’ve brought to the end of such a horrific, gut-wrenching attack.

Previous: Butch Vig Explains Impact Beatles Producer Had on Nirvana
Next: Pearl Jam Wants to Save Your Hearing – Why Don’t Other Bands?