Warning: A non-numeric value encountered in /home/riffyo5/public_html/wp-content/plugins/color-scheme-every-theme/classes/Options.class.php on line 108
 Pearl Jam Wants to Save Your Hearing - Why Don't Other Bands? - Riffyou.com

Pearl Jam Wants to Save Your Hearing – Why Don’t Other Bands? 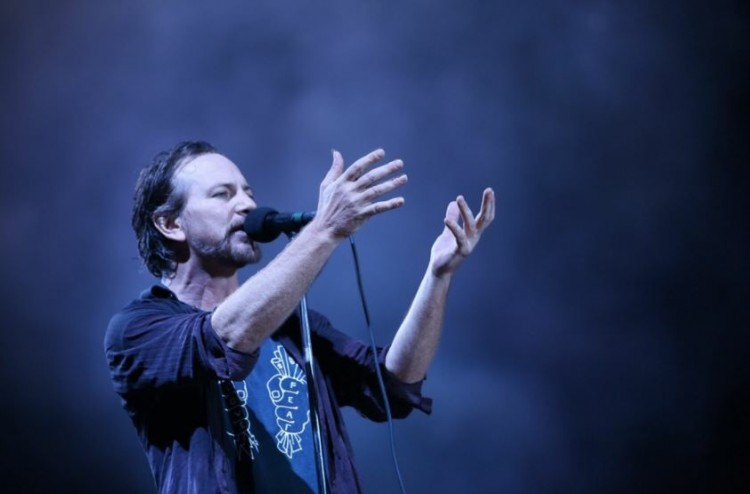 Last week, Pearl Jam and MusiCares announced a fantastic partnership that’ll hopefully lead to thousands upon thousands of concertgoers saving (what’s left of!) their hearing. Together, PJ and MC will make special edition earplugs available, for a small donation, to those who attend Pearl Jam’s forthcoming North American tour.

“Don’t be careless and lazy at loud rock shows or cranking tunes through an old Walkman like I was thirty years ago (but boy did it all sound good),” commented Pearl Jam bassist Jeff Ament. “Wear hearing protection or you’ll end up with a 1.5k ring in both ears every night when you go to bed or worse when you are trying to enjoy the serene quiet of an empty desert or forest, again like me.”

Although it’s not a new concept for bands or venues to supply earplugs for those who regularly go to concerts and forget to bring their own, unfortunately such a thing is still not a widespread trend. Considering  all the information out there regarding the effect loud music can have on a person’s hearing, it’s surprising that more precautions aren’t taken or mandated by those participating in such events.

Of course, people should be smart enough to know that bringing earplugs to a show is a worthwhile idea. But, not all do it. Call it forgetfulness, call it ignorance, call it cheapness, or call it not wanting to ruin the essence and vibe of the music, either way, some people regularly risk hearing damage. Thus, it should be up to the headlining bands, promoters and venues to protect people from themselves and ensure that earplugs are better pushed, promoted and made available at concerts. While you can’t force this safety measure on everyone, more education and availability would be a step in the right direction.

If you’re like me – someone that’s hearing has significantly diminished over the years (dammit!) thanks to attending countless of concerts without ear protection – you probably now wish that you, or the bands you saw, took more preventative measures sooner.

So then, why don’t more bands encourage fans to use them?

Perhaps there’s a fear that giving out or selling earplugs will turn down the cool, badass aesthetic certain bands want attached to them. Really, isn’t it more badass for a band to suggest that their music is too potent and powerful for human ears that wearing earplugs are the only way to save them from prematurely burning out their ear drums? (I’m sure Motörhead could’ve profited nicely off of this strategy.)

Then again, it could also come down to simple economics. If bands opt to sell earplugs at their merch stand for $5-$10, they’ll firstly have to worry about recouping the money it’ll cost them to create custom ones, or buy big lots of them from a nondescript manufacturer. Secondarily, if fans decide to put money out for earplugs, they may think a little harder about whether or not to spend $40 on a t-shirt; $60-80 on a hoodie; $25 on a piece of vinyl; or $15-20 on a CD – some people have strict concert budgets.

That all said, if a band can justify selling a stupid coffee mug for $25 or a license plate frame for $20, they really shouldn’t have any excuse not to sell something as helpful as earplugs.

At the very least, wouldn’t it be nice for a band to say,  “Hey fans, we’re looking after you”?

Maybe we are romanticizing this way too much, but considering how fans take care of bands by purchasing their music, concert tickets and extraneous merchandise, bands should want to take care of their fans in bigger ways than providing great riffs and thought provoking lyrics.

A band providing earplugs would be one of the most conscientious, respectful and gracious things that it  can do for fans. Sure, they’re not as sexy as a logo-branded thong, but sometimes practicality should take some precedence.

Pearl Jam is onto something great here. Hopefully more bands will follow their lead, or at the very least, listen to it.

Previous: An Open Letter to Eagles of Death Metal’s Jesse Hughes
Next: Has Brian Johnson Been Stiff-Kicked Out of AC/DC?