Warning: A non-numeric value encountered in /home/riffyo5/public_html/wp-content/plugins/color-scheme-every-theme/classes/Options.class.php on line 108
 Q&A: Gay Nineties Want to Get Weird with It - Riffyou.com

Q&A: Gay Nineties Want to Get Weird with It

For the Vancouver rock and rollers in Gay Nineties, subtleties in song don’t do the trick. These 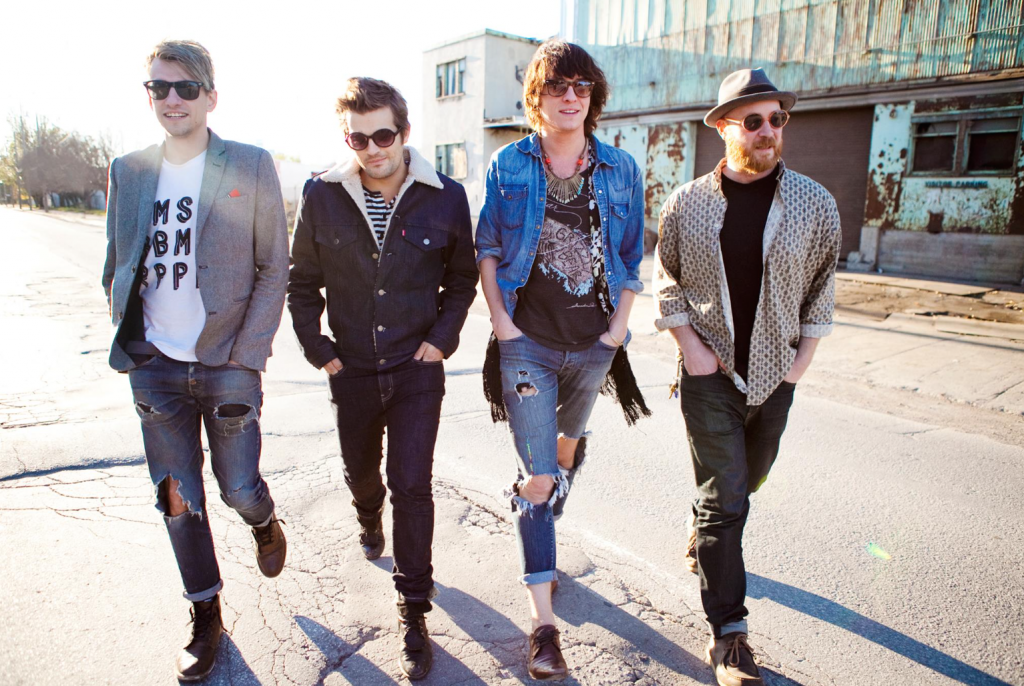 On the band’s cool new album Liberal Guilt, Gay Nineties get funky, sexy, smooth, while rocking away when the mood strikes. In simpler terms, you can think of Liberal Guilt as well-paced carnival ride on a sugar high.

Recently, Riffyou.com spoke with Gay Nineties to find out just how the sounds we hear from them take shape.

RY: It’s been a few years between releases for you guys. So how would you compare the feeling of Liberal Guilt (2015) with that of Coming Together (2011)?

Parker: “We spent years of writing and writing to forge what we’d call our sound. We really weren’t afraid to take our time until we were super-stoked with what we had. We wrote quite a few songs, and then turned them into this EP. I think it is something that we are really happy to have put the time into creating. We’re really proud of it.”

RY: So you’re the type of band that’s comfortable with pacing itself? I know others thrive on banging out music at a rapid pace.

Malcolm: “What should be noted, is that on our first EP, we were a three-piece and we’ve since added Bruce. Thus, we had to discover our sound as a four-piece. So we did that, wrote a ton of songs – that really accounts for the amount of time [it took to release Liberal Guilt.] Now, we’re hot to trot and want to bang out a full-length, quick. I don’t necessarily equate taking a long time, or taking a short time to reflect quality. I think when you’re just hungry and focused on something, you can make a great piece of artwork in a short period of time.”

RY: What vision did you have going into the album and do you think you got to where you wanted to be?

Parker: “Absolutely, I think we did. My goal was to create something that I could just put on a record player at a party, have it be in the background and be stoked about it…and not have the artist anxiety. Whenever I put on a record that I feel not quite sure about – like certain spots are kind of sketchy – I start to sweat and I feel very uncomfortable. But with this record, I’ve even played it in restaurants and I’m very comfortable with it. That was a big deal for me. It made be feel that everything was in the right place. I also wanted all of our influences to shine as much as they had to – to not really kybosh anything that we wanted to do.”

RY: The album does have a real sultry, sexual vibe to it. Was that intentional?

Parker: “Actually, I don’t think we were trying to make anything sultry, or anything like that. It just sort of happened.”

Malcolm: “Yeah, but we weren’t trying not to do that either. We probably wrote 25 songs that were boiled down to the EP. I think the ones that we were most stoked on were the more smooth, sultry numbers. But it wasn’t preconceived – we didn’t want to emulate something, or someone else intentionally. This just came out of us.”

RY: You mentioned earlier that you’re ready to put a full-length album together. Do you have that material already intact?

Parker: “I have a clear vision for what I want the album to sound like, but that also depends on what everyone else is feeling. I am starting to get visions of it. We’ve been writing a bunch of songs; we just built our own studio and that’s completely changed the way that we write. Now, we can take greater risks with less guilt during the writing process, because we’re not spending money on recording costs. It’s been really good and healthy for us. Also, Bruce and Malcolm have been doing really weird late night songs in the studio – just crazy, trippy, French sounding…I don’t even know. But whatever it is, it’s good shit.” {laughs}

RY: Have you fallen into that trap yet of overdoing things in the studio because you now have the freedom to do so?

Malcolm: “You can definitely over-produce a demo or a song in general. So, when you’re writing while recording, you can get over-complicated. But the leveler for us is that we have to figure out arrangements that work live. The process of demoing, stacking harmonies and tripling guitars or keyboards, is awesome because it gives us a roadmap for where we want to go, but when we’re recording, there has to be an arrangement that works live – with just four people on stage. Ultimately, going through the process of doing a self-indulgent demo and then figuring it out live and then recording the actual version, helps us find a happy medium.”

RY: How many of these demos wind up over the top and in need of scaling back?

Malcolm: “All of them! We want to get weird with it.”