Q&A: Jeru The Damaja Speaks Out Against Hip-Hop Ageism 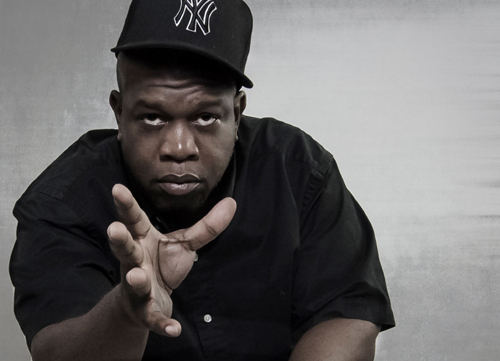 Last week, Riffyou.com had an incredible conversation with hip-hop icon, Jeru The Damaja. While our original Q&A feature with him we discussed how he builds tracks; his thoughts on modern hip-hop; as well as his “crusade against whackness.”

However, what wasn’t initially included in the story was Damaja’s thoughts on growing old in the hip-hop game. We felt that it was too good to keep buried in the archives, so here’s more with the man behind the 1994 classic, The Sun Rises in the East.

RY: This is the 20 year anniversary of The Sun Rises in the East. What comes to mind when you think about how long you’ve been making music for, as well your ability to establish a career?

Jeru: “I’m grateful and I recognize that I’m a blessed individual. Not everybody is able to do what I do. There are a lot of guys from my generation, my era, that don’t tour as much as I tour – and they don’t do a lot of the things that I do. I’m blessed, I’m grateful, and I’m truly humbled.”

RY: I’ve spoken to many people before about how hip-hop artists age in the industry and whether they’re able to stay viable. Is hip-hop a young man’s game? Or, is there still room for guys who have been around a long time?

Jeru: “It depends on the older guy – it depends on who you are. Everything is not for everybody. George Foreman won the [boxing] heavyweight championship of the world at the age of 45. To say that hip-hop is a young man’s game, is to say that music and entertaining is a young man’s game. It’s not. If you’re rapping about stupid shit, then yes. If that’s your demographic – people who want to know how to ‘Dougie’ – then yes.

“I’ve been doing this for over 20 years. It’s not old people coming to my shows – it’s the youth who are discovering my music. I’m 40, but I still have sex with girls half my age…nah, kidding [laughs]. Listen, I’m living most men’s dreams, so I’m not complaining. It’s an old man’s game…it’s a young man’s game if you’re afraid. I can out drink, out stay up most dudes out there. I can go for days, while dudes half my age say ‘I have to go to sleep.’ It all depends on the individual – and when did 40 become old?!”

Jeru: “Not at all! I always hung out with guys who were twice my age – that’s where I got a lot of wisdom from. To a 20-year-old, I’m old. But, if you think that Martin Luther King Jr. couldn’t [influence] a 20-year-old because you have to be young to have something to say…when you’re young, you don’t know what you’re talking about. I know I didn’t. I thought I did. So, that young and old thing is something that people use for whatever reason because they want to make a person invalid – they want to take away your validation by saying: ‘oh no, you’re old!’ But, [getting older] is a badge of honour – it means that you’ve been doing it and you’re still doing it.”

RY: With that being said, what do you think the future holds for you?

Jeru: “Infinite potential. My new EP, The Hammer, is out in February – I got it so locked down. I even have an album coming out in Poland where I brought American and Polish rappers together…something that has never been done before. I’m a hip-hop ambassador. I travel the world – I’m not trying to ‘Dougie.’”

Previous: Oscars! Leto, U2, Win Butler (Arcade Fire) Get Nominations
Next: Interview: The Mahones and A Little Help from their Friends