Warning: A non-numeric value encountered in /home/riffyo5/public_html/wp-content/plugins/color-scheme-every-theme/classes/Options.class.php on line 108
 Q&A: Jolie Holland – “I’m well on my way to dying in the gutter” - Riffyou.com

Q&A: Jolie Holland – “I’m well on my way to dying in the gutter”

Jolie Holland is a critically acclaimed musician. If you were to sit back and track down outsider perspectives of her work, what you’d come 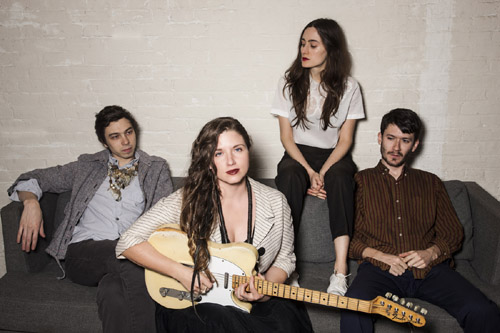 across is a litany of compliments, high-praise, and penned pats-on-the-back.

As well deserved as they may be for an artist who boasts a distinctly bluesy, life-tested voice and the ability to meld that with rock, Americana, folk, blues influences, and battle-tested lyrics, they sure don’t help make life easier for the recipient.

On the road in support of her 2014 release Wine Dark Sea, Holland is walking the line of appreciation for the fans who’ve attended her gigs this tour, and frustration over the too many vacant seats. Finding the latter truly “alarming,” Holland admittedly doesn’t know how much longer she can deal with the struggles of an artist’s life.

In this conversation with Riffyou.com, Holland touches on how songs come to her, the compliments that follow, and the possibility of walking away.

RY: With this album, there’s been a lot of discussion regarding the sizeable sound of the instrumentation that’s happening. Why’d you choose to crank up the sonic side of things here?

Jolie: “I just write the songs that show up. The way I write, is that I don’t try to write at all. I just let the songs come and get me. This was the trail that came through and this is exactly how it needed to be expressed.

“A lot of the songs came to me as I was walking down the street. I’d stop and scribble them down in a notebook or even sing a little something into my phone.”

RY: Are you one of those people that believe that songs are brought to you from a ‘higher power’ of sorts?

Jolie: “It’s interesting how many people have spoken about that over the years. I’ve been writing songs since I was six and didn’t have a lot of role models for what I was doing. I was doing it completely privately. I was just so young, that there wasn’t any appropriate education about song writing.

“When I was young and heard about Mozart, I was like, ‘yeah, that’s me! He’s talking about what I’m doing!’ He was a famous song writer as a kid, and he would talk about just writing things down.”

RY: Fair enough. I believe some people think that a song has to come from somewhere as opposed to it just being crafted by a person.

RY: It’s hard not to look at an album from you and not notice the huge amount of critical acclaim that comes with it. How are you with taking compliments?

Jolie: “It’s hard to take it personally, because anybody who is experiencing something through what you do, and enjoys it…it’s like being a 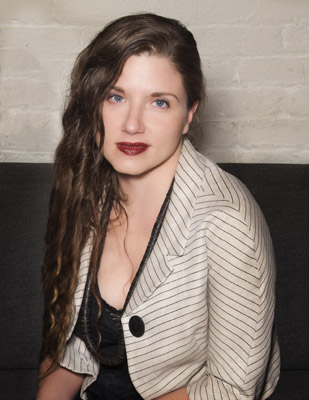 cook and somebody says, ‘damn [that meal] was awesome!’ That’s great and you feel good about the work that you did, but at the same time, that’s really their experience. It’s nice that people are enjoying the work, but I’m still fucking bleeding money out here. Compliments are nice, but I’m well on my way to dying in the gutter.”

RY: Do you really feel that way?

RY: So why do you keep with it then if it’s such a struggle?

Jolie: “I’m just doing it right now, but I have no idea how long I’m going to continue doing this. It’s impossible. It’s monetarily impossible.”

RY: Do you think that’s primarily due to the music industry?

Jolie: “It’s not what’s happening with the industry per se. If you think about publishing of all forms, there are e-books on the top of the charts and [the author] is still making $0.15. It’s just publishing in general and the way that artists are being compensated…unless you’re a pop artist.”

RY: Do you have a certain belief about why those in the arts are so under-compensated?

Jolie: “They know we love what we do, so they’re taking advantage of us.”

RY: Does having that point of view make it tough for you to continue doing what you’re doing?

Jolie: “I care about performance so much. There’s this beautiful phrase: ‘the truth of the Torah is in the telling.’ To me, what that means is that you actually have to say these things to get the full power from them. You have to experience things in the moment, with other people, and that’s what’s important to me about music. That’s what I’m in it for.”

Previous: Interview: Masked Intruder Go Beyond the Gimmick
Next: Riff Pics: Against Me! @ WorldPride Toronto 2014