When you’re backstage at a music festival, you never know who you’re going to bump into. On Saturday afternoon at the Burlington Sound of Music Festival, Riffyou.com was fortunate enough to encounter a very cordial Gord Downie of The Tragically Hip.

The revered Canadian frontman was poised to play the festival later that evening with a new project in which he has developed with The Sadies. While Downie may have been there just to ensure that soundcheck went off without a hitch, he also took some time to watch Sloan from his off-stage spot. When Sloan’s Chris Murphy noticed Downie’s presence, he couldn’t help but beam.

Not wanting to let a rare opportunity to slip by, we asked Downie if he was willing to pose for a Riffyou.com portrait. As you can see below, he kindly obliged. 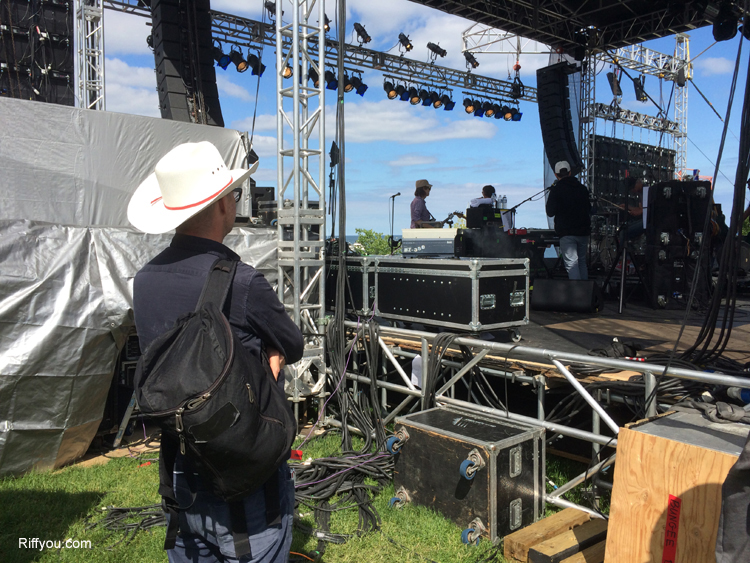 Previous: The Gaslight Anthem Releasing “Get Hurt” on August 12
Next: Getting to Know: Aussie Indie-Pop act, Tully on Tully