Anti-Flag will release its new collection of punk rock anthems, American Spring, on May 26, but today the 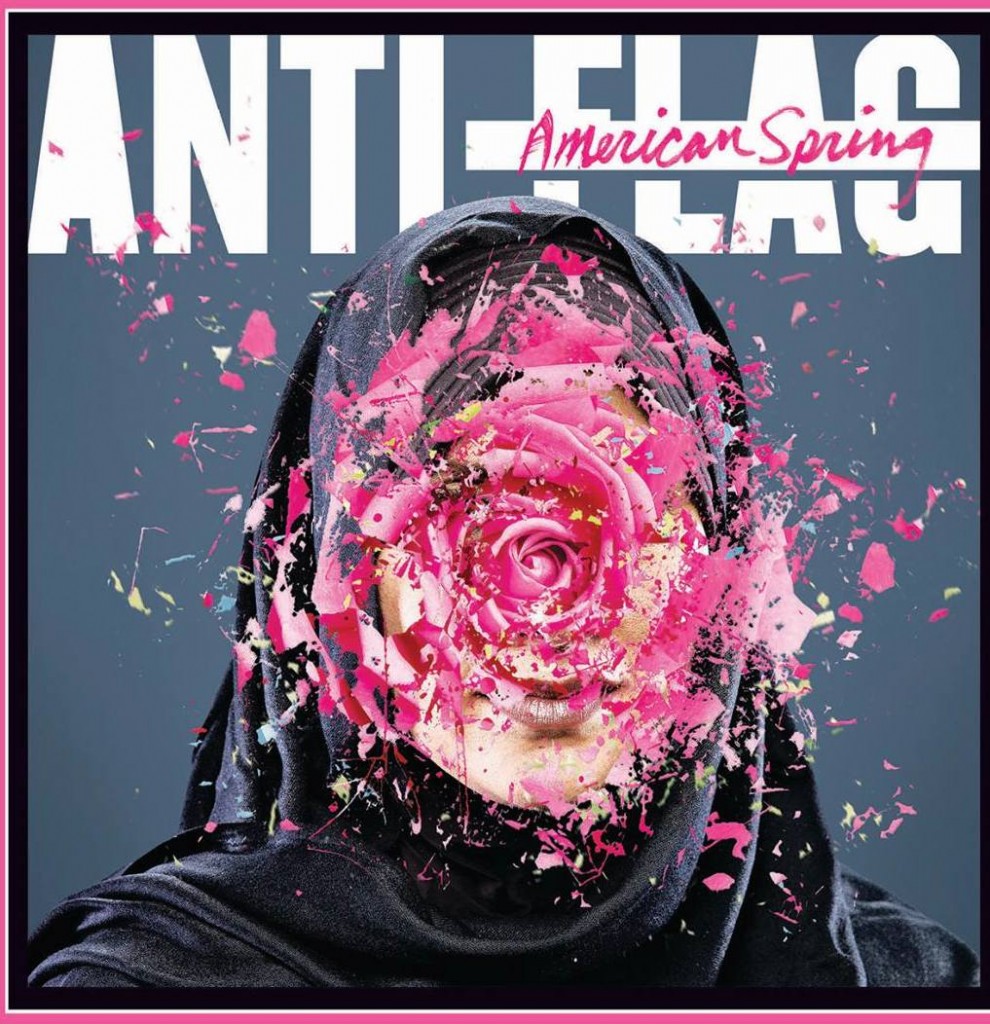 album can be streamed below in its entirety.

When Riffyou.com spoke with Anti-Flag bassist Chris #2 earlier in the year about American Spring, he described the album as one that’s “less than hopeful” and “angry.”

“It’s written at a time where we feel let down and that an opportunity was missed,” explained #2. “We’re going to make sure that we don’t roll over in a bed of apathy. That’s been my biggest fear of the post-Obama depression: is that it’ll make people apathetic.”

He continued: “It’s more about documenting a place in time and saying we could either go one way, or another. We could introvert and be depressed and not be able to grow, or we can do the opposite and flourish, find new things, relationships, and ideas to carry forward.”

The stream below was first published upon Art for Amnesty, an organization that “brings the power, creativity, and passion of people who believe in freedom of expression to projects and campaigns with potential to reach new audiences and inspire creative activism around the world.”

Previous: Slayer to Release “Repentless” Late this Summer
Next: Getting to Know: East Coast Rock act, Little You, Little Me