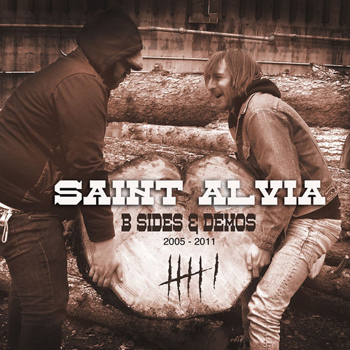 As The Saint Alvia Cartel prepare for their final show on Saturday night during Burly Calling, the band has released B Sides & Demos 2005-2011, a digital compilation of what the album title describes.

The album, which can be streamed and downloaded for free via SoundCloud, features such awesomeness as demo versions of “Karma Kill Me Again,” “Time to Go,” plus a remix of the group’s first radio hit “Don’t Wanna Wait Forever.”

While downloading the entire 14-track offering is an option, please do visit each track’s page to check out stories relating to how they came together. For instance, this was said in reference to the making of “Karma Kill Me Again”:

“One of the first demos made as a full 6 piece band. Recorded by Greg Taylor at his house in Winona. What I remember most about recording this, is having the full band over at my house for the first time, and Richmond instantly throwing a lawn chair in my pool to sit in with a beer and sunglasses on. I don’t even think I was a Dad yet, but I scolded him like one. Still sounds great, and fresh!”

As noted, The Saint Alvia Cartel will play their final show this weekend at Burly Calling in Burlington, ON. Joining them onstage at The Boston Manor will be The Dirty Nil, The Creepshow, Organ Thieves, Bombing Neverland, The Penske File, and This Is The Year.

Click here for RiffYou.com’s interview with Benjamin Rispin of The Saint Alvia Cartel.