Warning: A non-numeric value encountered in /home/riffyo5/public_html/wp-content/plugins/color-scheme-every-theme/classes/Options.class.php on line 108
 Don't (Physically) Kick a Fan Off the Stage, Asshole - Riffyou.com

Don’t (Physically) Kick a Fan Off the Stage, Asshole 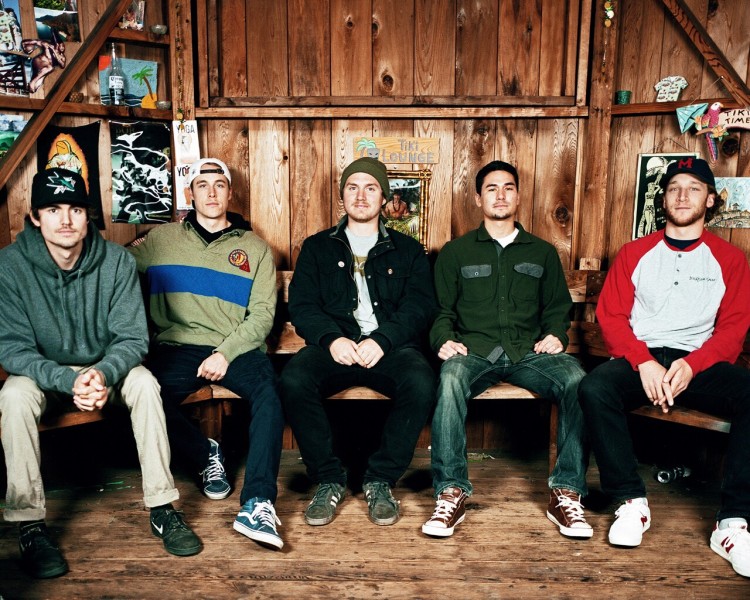 By now you’ve seen the video – that one of cowardly The Story So Far singer Parker Cannon dropkicking a female fan, from behind, off his stage during a show Sunday night at The Mod Club in Toronto. The victim, Becca Ilic, has since issued a statement forgiving Cannon and taking blame for the incident that could’ve wound up being much more serious had she hit the floor a different way. In an era where hero-worshipping continues to reign supreme, it’s not surprising that Ilic not only let Cannon off the hook, but also took the opportunity to overly praise the music of. I wonder if this type of behaviour will change in the 22nd century – one can only hope.

While Ilic’s response to Cannon’s unnecessary aggression was disappointing in and of itself, I am not here to blame the victim – she, sadly, has done that already. I am here to blame Cannon for his irresponsible, reprehensible treatment of a fan. Someone who helps fund his tours, share kind words about his band online and will likely not take his ass to court over an assault caught on camera – now that’s a real fan!

The one argument I have been reading in defense of Cannon, is that Ilic shouldn’t have been on his stage in the first place. This is true, but it’s not as if fans are entirely unwelcome on a The Story So Far stage – just ask the stage divers that emerged after Ilic was given the blindside boot. Thus, it has to be figured that Cannon’s kick was some type of lame attempt to add another level of entertainment value to his show and, perhaps, garner some headlines in a social media community that shares videos like these more than school kids share flu bugs. Either way, it was an ultimate dick move that has no place in the punk rock scene The Story So Far are attempting to carve out a decent spot within.

Had Ilic come up on the stage like a crazy person trying to grab band members or cause destruction to their gear, then maybe, maybe, maybe, it would’ve been okay to get a little physical. But, only in terms of restraining someone long enough for security guards to intervene. Rather, here’s a fan getting assaulted for trying (and failing) to create a SnapChat moment on a stage that wasn’t hers. Yeah, she’s dumb for trying that, but that doesn’t excuse the end result – Ilic posed zero threat.

Anyone who has witnessed a truly respectable punk band in action understands that their live goal is for fans to feel united and have a great time. Some, will even go as far as continually requesting that those in the crowd look after each other in the pit so that no one gets hurt. Yes, the music may sometimes be aggressive, but that doesn’t mean the band wants anyone injured. Do injuries happen from time to time? Of course. That said, you won’t see members of credible bands do what Cannon did at The Story So Far’s Toronto gig – because what’s really the point?

Yes, Fat Mike smashed a seemingly harmless stage crasher during a NOFX gig in 2014, but quickly realized his error, reached out to the man and made the situation right. What has The Story So Far done? Zilch. They are currently hiding behind a publicist relayed “no comment.” Maybe a lawsuit was feared at first and made the band go silent, but it seems as if Ilic was too thrilled about the kick to turn around and get litigious. Thus, it seems as if this story has reached its thud of a conclusion.

All told, this is a shitty thing that no band should ever do to a fan – let alone a female fan, who wasn’t even looking. The only solace I can find here is that someone didn’t die as the result of a marginal band’s actions.