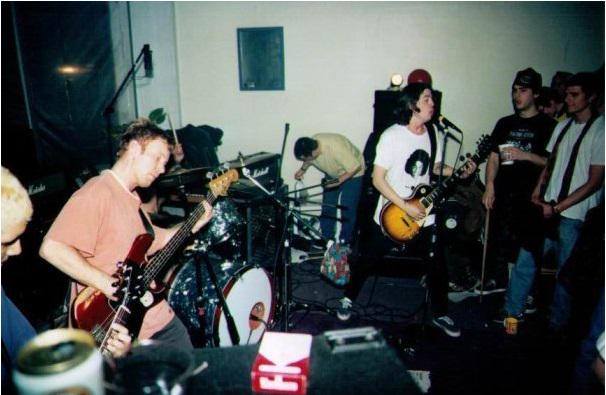 Glastonbury, the band has shared a photo from the first gig it played – held 20 years ago today.

As the caption indicates, the performance took place in Seattle, Washington, at Boat House. The photo shows a very baby-faced Dave Grohl in what looks to be a Michael Jackson t-shirt, along with bassist Nate Mendel looking very much in the zone.

On July 4 of that year, Foo Fighters released their Self-Titled debut, an album that spawned mainstay tracks “This is a Call,” “I’ll Stick Around,” as well as “Big Me.”

Foo Fighters will officially celebrate their 20th anniversary in style with a gigantic gig at RFK stadium in Washington. Joan Jett, Buddy Guy, Gary Clark Jr., and Heart are among those who will join Grohl and company on their big day.