Q+A: Frank Turner – The Passion Behind His Perspective 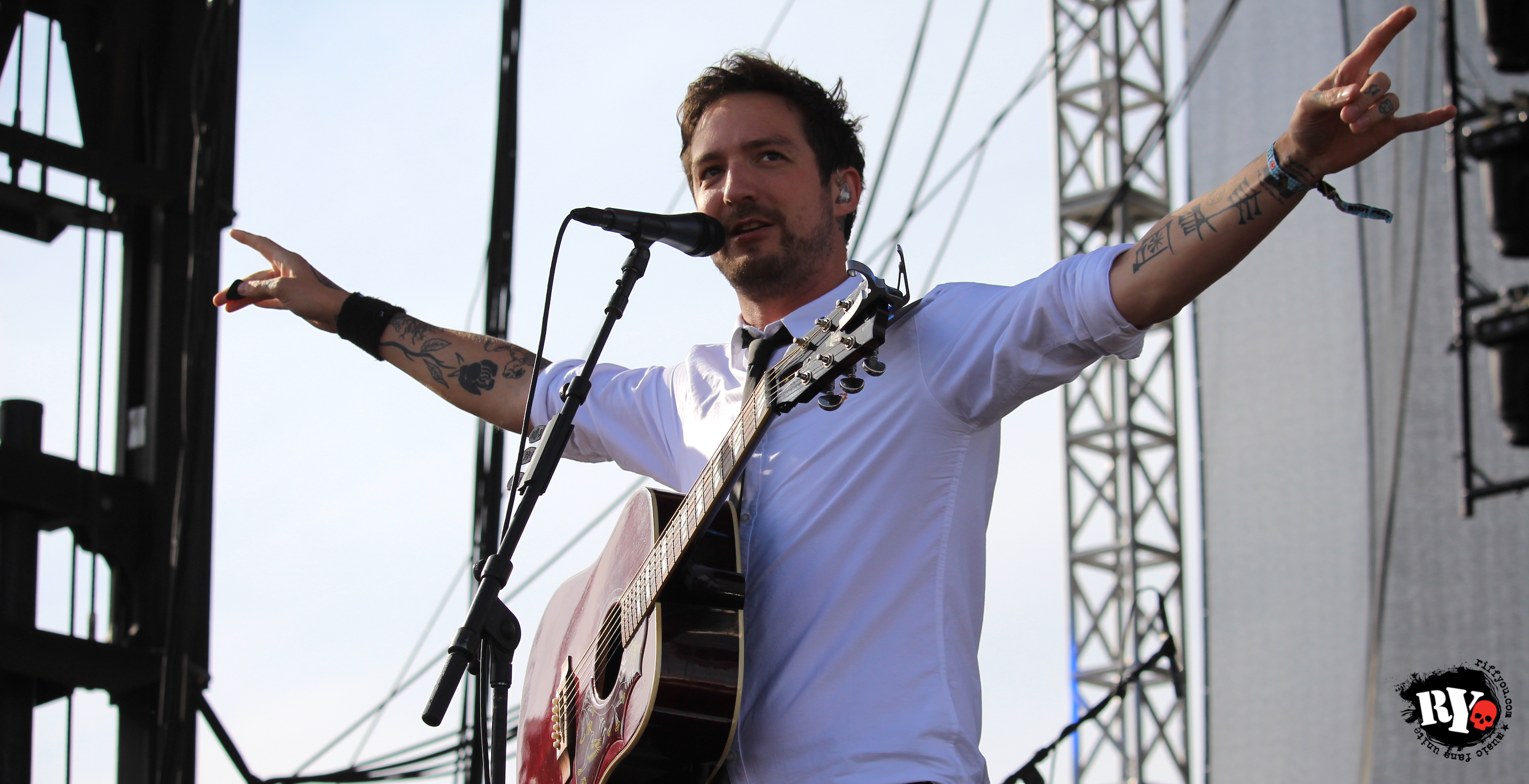 Frank Turner has a way about him. From the stage, he grabs you by the collar and brings you into his performance. On album, he puts his hands on your shoulders, stares you in the eye and gives you a lot of words to hold onto.

On his sixth album, Positive Songs for Negative People, Turner is at his lyrical and passionate best, putting forth an album that feels as much like a pep talk as a great time by concert speakers.

Ahead of his appearance this month at Riot Fest Toronto, Riffyou.com sat down with Turner to talk about the punk rock elements of Positive Songs for Negative People, who he is communicating with and whose nerves need to be struck.

RY: Before Positive Songs for Negative People was released, you told me it’s probably your most punk rock album to this point. What makes it so?

Frank: “It’s punk rock within the confines of my music. The music I make is always ping-ponged between rock n’ roll, folk music, punk and maybe indie. Overall, I think this album is more in the punk corner for me. There’s this attitude to it. We recorded it live in nine days and all of the vocals were done in single takes. People have said {in a sarcastic tone}, ‘Well it sounds really good, anyways.’ To which I say, ‘What do you want me to do? You want me to play badly because that’s punk?’ I reject that thesis. [However] the album does have a bit more dirt under its fingernails.”

RY: The album does have that sense of urgency to it. Was that the plan going into it?

Frank: “In some ways, any piece of art should be self-justified. But, I also think creative people are reactive to what they just did. Tape Deck Heart is a record that was difficult to make and is difficult to talk about in some ways…because it was a difficult period in my life, but quite cathartic to make. So, I wouldn’t describe that [album] as massive fun. I also got buried in the studio with it doing production. I wanted to do the opposite of that this time around.”

Frank: “It’s what came out. I don’t really write concept records, but because I write biographically and chronologically, it’s possible to massage material into more coherent shapes. So, England Keep My Bones wasn’t a concept album about England, but [the country] was on my mind at the time and it made sense to put themes together. This time around, the title actually came around before most of the songs – it came from a late night, drunken conversation with a friend. It just seemed like the right kind of vibe for where my head was at. I guess some of the songs veered more in [a certain] direction because I knew I had an album title. But, it’s not like I was writing 2012 by Rush.”

RY: The lyrics here very much feel like a pep talk for people having a shitty time. Do you see it that way?

Frank: “Oh yeah, definitely. [But] something I never want to do – in terms of my personality and my politics – is dictate anything to anybody or tell them what to do. Some people will say, ‘Your records are always telling people what to do.’ No, my albums are aimed at me. If there are any normative statements on my albums, they’re definitely aimed at me and not anybody else. [The album] is a pep talk – me talking to myself in the mirror.” {Laughs} 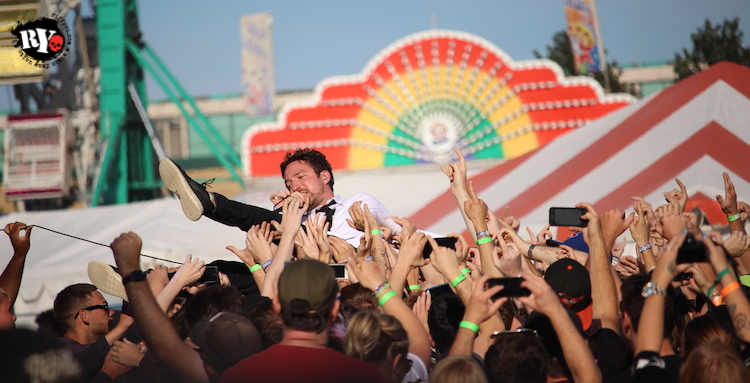 RY: With that in mind, do you have to write like that to communicate with yourself or to talk you into, or out of things?

Frank: “That’s an interesting question…to which I don’t have an answer {laughs.} But yeah, to a degree. This is a roundabout way of answering the question, but reacting to events in my life and my personality through songwriting is now really ingrained in me. I’ve been doing this for more than half my life. My coping method is songwriting, essentially. So, things happen, then songs happen. The idea of looking around for influence to write songs is a weird one to me. Things are around for songs, more than songs being around for things.”

RY: Are you the type of person that ever holds back a song because there’s something way too personal going on within it?

Frank: “There have been moments like that. Every time I have a moment like that, I try quite hard to hold onto it and not change it…because that means you’ve struck a nerve. And, touching nerves is interesting. If all that I or anybody else did was put out safe statements, then that would be pointless.”

RY: Is it more important for you strike a nerve within yourself, or the listeners?

Frank: “I would say myself. It’s important to phrase this correctly so that I don’t come off as narcissistic. To me, the only type of honest audience for any kind of art, is your own best judgment…because you can’t really know what an audience is going to think. Fortunately, in my life, enough people have agreed with my creative judgment to allow me to have a career. I am tearfully grateful for that. But, I don’t write for the fans, my current girlfriend, the record label, or for radio play. I write what I think is good. Anything else would be hugely compromising.”

Frank: “I really, really threw everything I had into this album – particularly after Tape Deck Heart, which [represented] a confusing and stormy time for me. With this album, I felt so driven and focused about what I wanted it to be. I knew what songs were going to be on it and I knew what it sounded like and felt like a long time before we made it. And, I had fights with the record label to keep the purity of it…which I am happy to say I won. I am extremely proud of this album. Usually [by now] I’ve started picking holes in a piece of work like this. But, I am still totally enamored with the album and it’s left me feeling like the next thing I do will have a stylistically left-hand turn. [Maybe] it’s time to become a house DJ.” {Laughs}