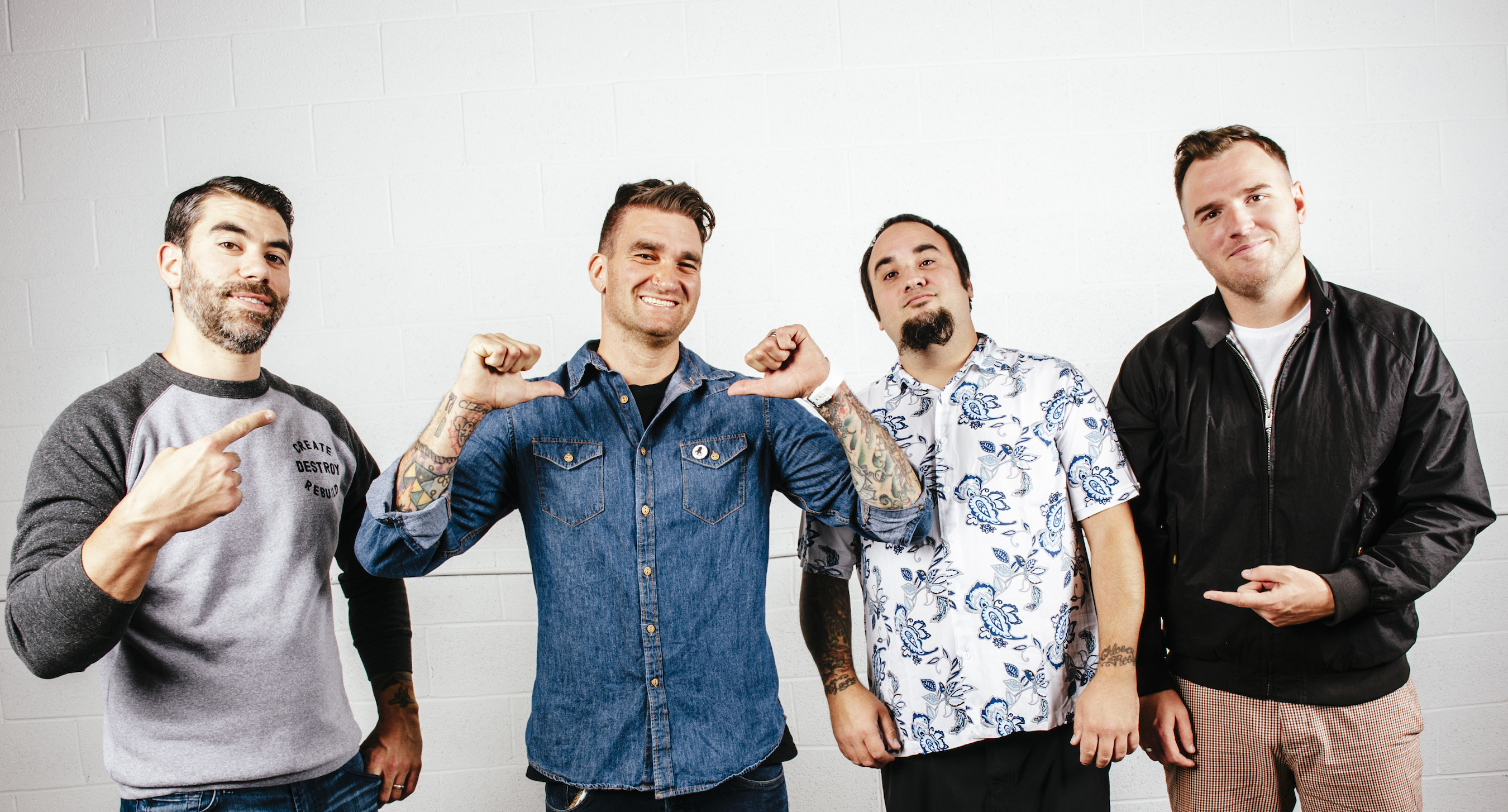 On October 9, the pop-punk veterans in New Found Glory will release an expanded edition of its 2015 album, Resurrection. Titled Resurrection: Ascension, this version of the album includes a number of previously unreleased tracks, acoustic numbers, as well as a duet with Hayley Williams of Paramore.

“Because of the reaction of the album and how people have been holding onto it as one of their [New Found Glory] favourites,” responded New Found Glory’s Jordan Pundik when asked why it made sense to put out Resurrection: Ascension. “And, the album has so much life left in it. It hasn’t slowed down at all, which is great. Now that it’s been out for a year, we thought we could bring out this reissue while people are still responding to the music.”

He continued: “We’ve always been a band that’s spoken about things going on in our lives and real-life situations. But in the past, it was about past relationships while on Resurrection, we expanded upon the human experience. There may be two relationship songs on the album, while the rest is about dealing with shitty situations in your life and moving forward. People, especially nowadays, need songs like that. There is so much depressive shit in the world.”

Another cool aspect of Resurrection: Ascension is New Found Glory’s decision to give it the coloured-vinyl treatment. With that happening, we asked Pundik a few questions about the vinyl upswing and his relationship with the format.

RY: Do see the vinyl upswing as sustainable, or just another trend that’ll soon pass?

Jordan: “It’s hard to say. I’ve been buying vinyl since I was a kid and most of my adult life, so it’s never gone anywhere. I thought about it [being a trend] a few years ago, but now vinyl seems more relevant. I have Apple Music and Spotify and I pay to use those services, even though I don’t get to keep the albums. But, if there’s an album I really, really love, I’ll go and buy the vinyl version of it. And, I know I am not the only person who does that. Kids at the merch table are asking for vinyl and I’m always curious about if they’re buying it for us to sign it, or if they’re actually going to listen to it. Nine times out of 10, [I find out] they collect vinyl and listen to it. That’s pretty cool.”

RY: What’s it like for you to see the younger generations getting into vinyl?

Jordan: “I would go into this south Florida – where I grew up – record store called Uncle Sam’s. It was a used CD store, but it had vinyl. It was where we’d go to buy our punk rock t-shirts and our records. I always loved that you could dig through the new release section, buy a vinyl, and you’d either get a bunch of stickers, a patch I could sew onto my backpack, or a huge poster – that was my favourite thing about buying vinyl. At the time, if you bought CDs, you weren’t getting that kind of thing. Vinyl was a whole experience. I hope that kids getting into vinyl now are experiencing that same type of thing.”

RY: Has your relationship with vinyl changed since those early days?

Jordan: “Yeah, it’s definitely changed – especially my budget. {Laughs} Going into stores now to buy vinyl…you can walk into Urban Outfitters and find a vinyl section, but every album is $30. Even at record stores, if you’re buying used vinyl or 7” releases [it’s affordable]. But, a new vinyl is $30-$40. When I was going to record stores as a teenager, records were the same price as a CD, if not cheaper.”