It appears as if it takes more than just an iTunes controversy, near-private jet catastrophe and a major bicycling accident to keep 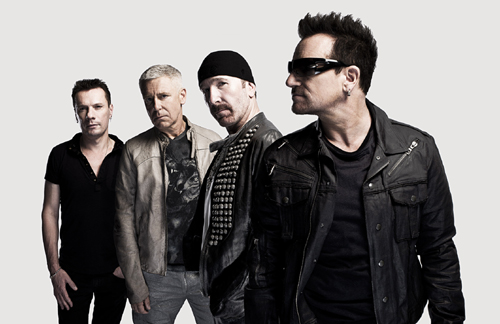 Today, Bono and the boys have announced their iNNOCENCE + eXPERIENCE Tour, one that’ll see the band play indoor arenas for the first time in a decade. In all, 19 cities will be played, with each hosting at least a pair of shows. (See the dates listed below.)

“We are going to try to have a completely different feeling from night one to night two,” said Bono in an official statement, “and have some fun playing with the idea of innocence and experience. More to be revealed!”

It was hinted weeks ago that perhaps U2 would perform two shows in each city they hit: one electric, one acoustic. Maybe this is what Bono is hinting at.

In addition to the already confirmed dates, U2 is planning “special shows” for Dublin at the end of 2015 to benefit the band-initiated Music Generation project.

For those of you in Toronto, do note that Foo Fighters roll into the city for gigs on July 8 and 9. However, they don’t have anything scheduled for July 7, the second night of U2’s run at the Air Canada Centre. Hmm. Could something magical be in the works?